At the COP-26 Conference last week, the Australian Government released the second iteration of its Low Emissions Technology Statement (LETS), outlining its commitments and goals for Australia’s progression of emissions-abating technologies.

Building on its 2020 LETS that predominately discussed options, the 2021 LETS contains detail on programs, investments and actions, with most of the funding commitments being previously announced.  The document’s release coincided with COP26 proceedings where the Australian Government was criticised for not adopting more ambitious 2030 emissions reduction targets.

Committed actions predominately focus on supporting industry to deliver technology developments and emissions reduction, stating that it wants Australia to be recognised as a global low emissions technology leader. Just yesterday the Australian Government announced a further $1 billion in available equity capital through the Clean Energy Finance Corporation. Each $1 of private investment in eligible emerging technologies could be matched by $2 of Clean Energy Finance Corporation equity. 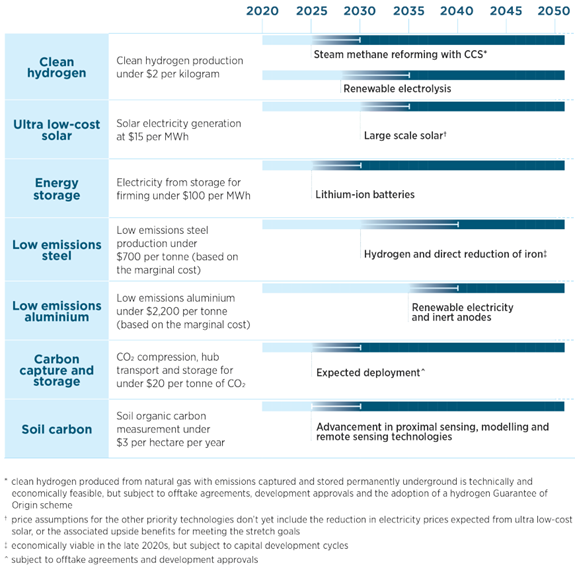 The LETS outlines that more solar panel innovation is needed and the Australian Government is working towards 30 per cent solar module efficiency at 30 cents per installed watt by 2030. It will do this by focusing on solar cell R&D and innovation in assembly and deployment methods of infrastructure, though no additional detail is provided. While Australia can certainly become a global renewable energy powerhouse, it is less certain that we can make a dent in the R&D space.

The Australian Government is working with the Australian Energy Market Operator (AEMO) to develop its ‘digital twin’ that will map network capability and electricity generators into the one operating system. This system will allow AEMO to model grid simulations and interdependencies without impacting the actual flow of electricity.

$2 million has already been put towards developing a transmission digital twin and the next stage of investment – consisting of $13 million – is to incorporate the National Electricity Markets’ distribution networks. Developing a digital twin of the distribution networks will duplicate the approaches already being taken by distributors to model and manage their own networks. There are open questions as to whether duplicating distribution network modelling capability brings value for customers. Distributors and AEMO are already collaborating on modelling approaches for the Integrated System Plan that would efficiently use existing model investments.

For instance, Energy Queensland won ENA’s Industry Innovation Award last week for generation of its digital system to generate a complete and consistent picture of the operational state of their network, allowing increasing solar opportunities for customers.

The Australian Government has committed to working with industry to develop a voluntary zero emissions gas market to increase early demand for zero emission gases. The rationale is to prop up early demand needed to encourage supply to scale up and reduce costs. This initiative is supported by a Hydrogen Guarantee of Origin Scheme that identifies where and how the hydrogen was produced, including the amount of carbon dioxide emissions per tonne of hydrogen.

$464m was also announced in September for clean hydrogen industrial hubs that co-locate producers and consumers to reduce costs and incentivise demand. Prospective locations are typically existing energy hotspots such as the Hunter and La Trobe Valleys, or near export facilities such as Gladstone.

While investment is still key, networks have found that regulatory and legislative barriers are often the biggest impediment to getting renewable gas projects off the ground. The National Gas Laws and Rules were designed for natural gas rather than renewable gas and are unintendedly restrictive on renewable gas project. It’s great to see the Energy Senior Officials and Australian Energy Market Commission progressing requisite changes to the Law and Rules.

Actions and funding have certainly been ramping up at a national level over the past 12 months and it’s reassuring that we’re starting to see national direction. The Australian Government is pushing for a more unified approach to grid integration issues and regulatory reform to support the energy transition. National Cabinet endorsed the Post-2025 reforms recommended by the Energy Security Board last week and the Future Fuels and Vehicle Strategy released yesterday is looking at optimising grid integration of electric vehicles.

Despite the positive national commitments, states are continuing to show increasing leadership in energy policy and some already appear to have made their peace with the national framework. The release of the 2021 LETS puts us a little closer to national reharmonisation, but there’s still a long way to go. 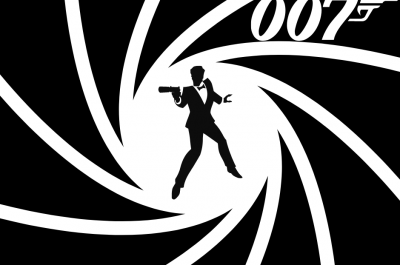 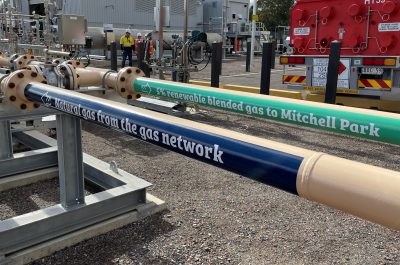 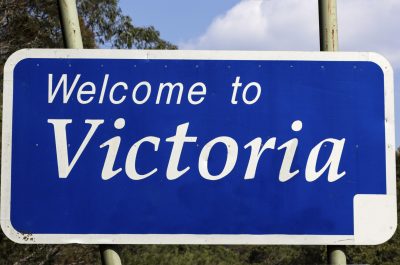