Australia’s gas supply and gas infrastructure should be a national advantage now and into the future.

Australia has immense resources, supporting vital manufacturing industries employing more than 949,000 Australians and contributing $196 billion to the economy. Today, gas provides 44% of household energy for only 13% of household emissions.  Australia’s gas storage infrastructure alone has the potential to store the same amount of energy as six billion Powerwall batteries.

The vision focusses on 2050, reflecting the aspiration of the Paris COP21 meeting to achieve ‘zero net emissions’ by the second half of the century, in order to mitigate dangerous climate change.

Gas is already a low emission technology and over the long term, gas will need to have its own decarbonisation journey. The vision highlights the potential for three transformational technologies to further reduce the carbon footprint of gas – biogas production, carbon capture and storage and hydrogen technologies.  These technologies can be applied across power generation, industry, transport and within homes and cities to provide near net zero emissions energy by 2050 (Figure 1). 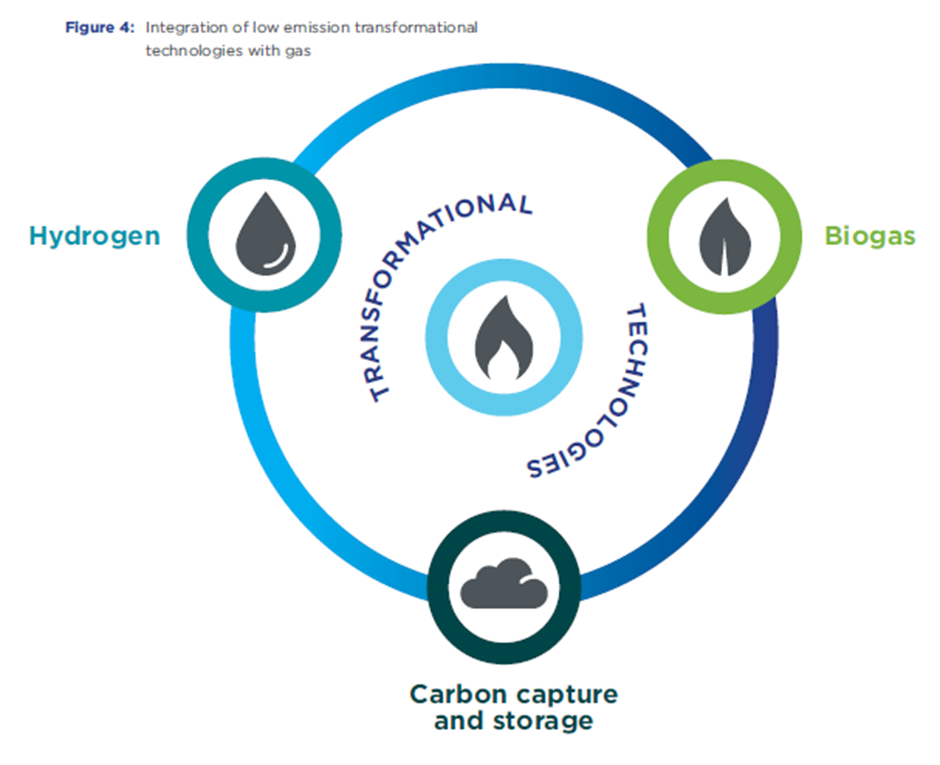 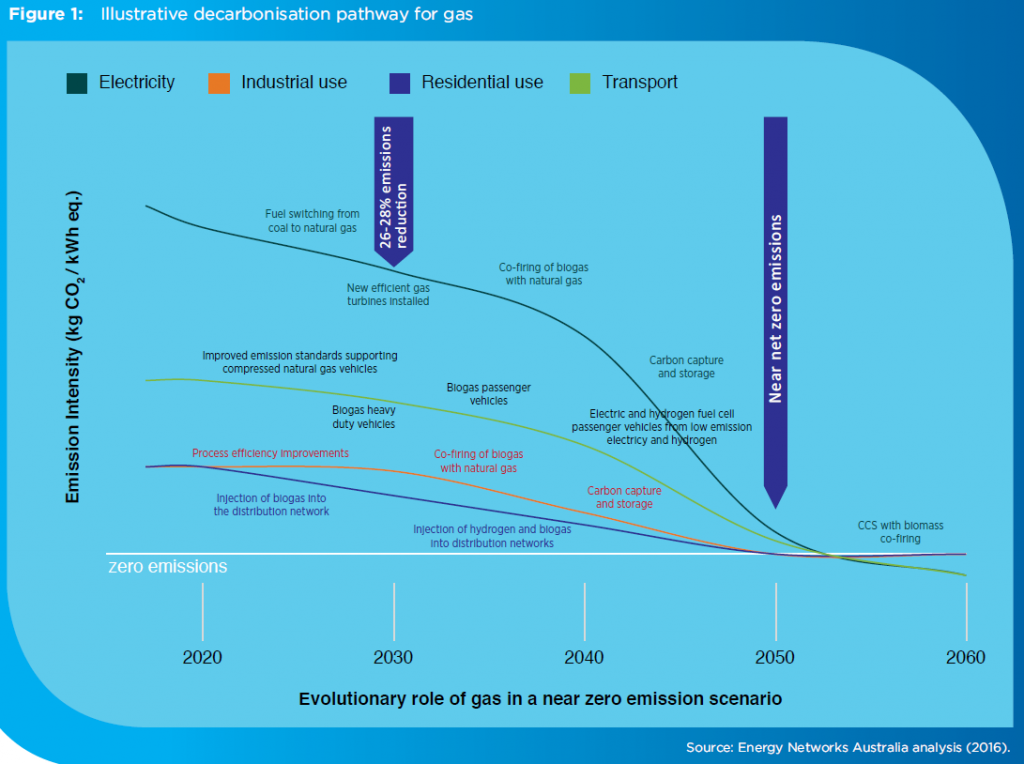 Decarbonising of gas in homes and businesses can be achieved using hydrogen supplement by biogas in the networks.

Hydrogen is a clean burning fuel that can be used as a supplement, or alternative to, methane in gas networks or in fuel cells to generate heat or electricity. At the moment, hydrogen is commonly produced from natural gas. Cities around Australia have natural gas delivered by pipeline so production facilities could easily be added at the cities’ edge to produce hydrogen and inject it into the distribution system. Alternatively, unused renewable energy could be used to produce hydrogen from water. Hydrogen can be stored in the gas pipeline network or in underground storage to provide short-term supply to meet demand and support intermittent renewable energy sources, as well as providing inter-seasonal storage of energy. 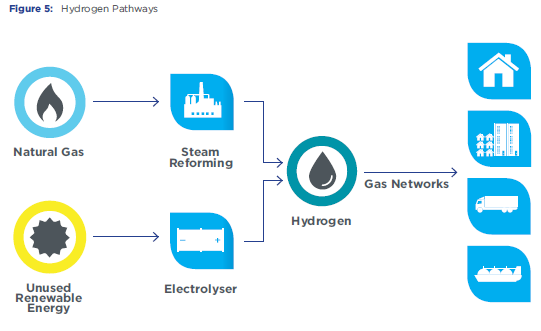 Biogas can be produced almost anywhere in Australia and could be injected into existing networks as needed. Biogas is formed from renewable sources including wastewater, landfill or agricultural waste. The potential resource is enormous. In Canada[1], it’s estimated that up to 1,300 billion cubic feet of biogas could be produced each year, representing about half of domestic gas use. The Clean Energy Council[2] estimates that Australia’s bioenergy has the potential to power 10.2 million homes.

Dysfunctional gas regulation and conflicting State and Federal carbon policies not only make energy less secure and affordable today, they are obstructing the long-term transformation too.

While LNG exports have undeniably led to tighter gas market conditions, the Chairman of the ACCC Rod Sims was right to observe in the Australian:

“The three LNG producers, however, could not have foreseen that after their investment decisions were made, east coast onshore gas and exploration would be largely prevented. I doubt anyone in the industry expected Victoria to ban all onshore gas exploration and production, which has stopped even conventional gas projects; nor could they have foreseen the delays and uncertainty over projects in NSW and the NT.”

The need for a national, evidence based approach

This highlights the need for a national, technology neutral carbon and energy policy without continued State bans on gas exploration and development. Governments need to adopt an evidence-based national approach to gas exploration and production, as recommended by the Academy of Technological Science and Engineering[4].

The Gas 2050 Vision recognises that government needs to adopt a scientific approach for approving gas exploration instead of regional bans on gas exploration and development. It also identifies the need for governments to avoid unnecessary regulation or placing unwarranted restrictions on the development of industry. The Vision also calls for regulatory frameworks that encourage innovation in industry. 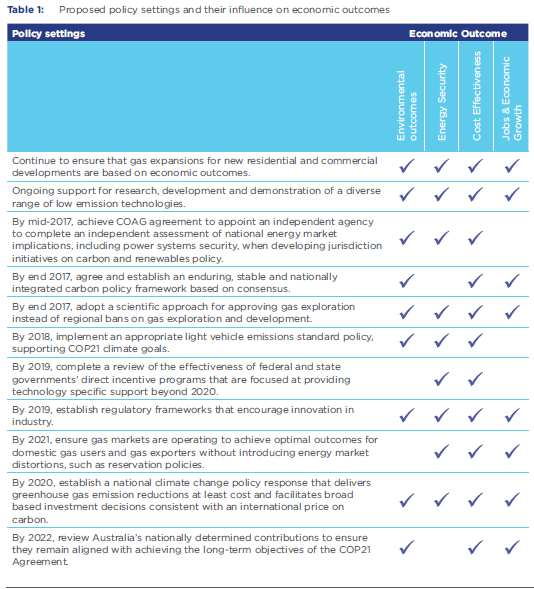 Gas is likely to play an increasingly important role in a decarbonising, secure energy system.  However, the sector will face its own transformation journey to respond to the ‘energy trilemma’. Australia needs access to every energy advantage if it is to achieve its energy affordability, security and emission reduction goals. Governments can ensure that policy settings allow gas to deliver these benefits for all Australians.

Is too much solar to blame for voltage issues?