TasNetworks is undertaking a feasibility assessment into a second Bass Strait under-sea interconnector cable linking Tasmania to Victoria. Called Marinus Link, this infrastructure is proposed to join Tasmania’s Battery of the Nation project – new world class pumped hydro and wind generation – to the mainland. Could this project be important for Australia’s future electricity grid? 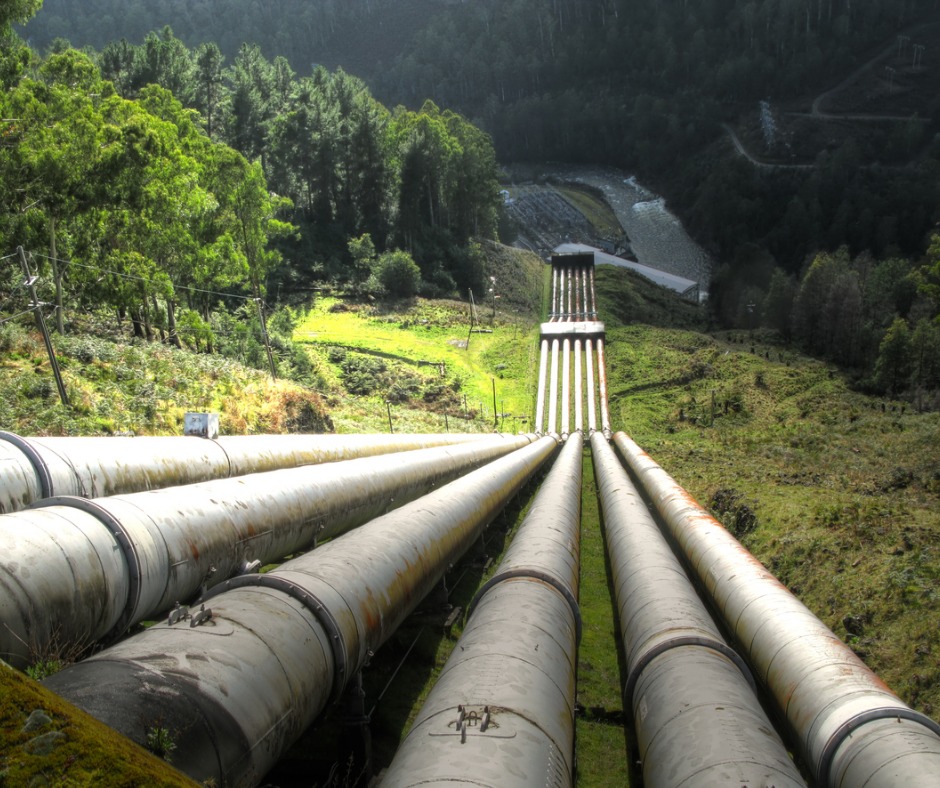 Tasmania has an existing hydroelectric generation system that provides most of the State’s electricity. Some parts of the existing dam network are also ideal sites for pumped hydro projects. On top of that, the island’s location in the path of the ‘Roaring Forties’ means it is the perfect place to develop world-class wind farms. By connecting these hydro generation and storage and wind resources with the mainland, an opportunity is created to provide the National Electricity Market with low cost, on demand renewable energy.

This combination of renewable electricity generation and storage is the proposed Battery of the Nation project. Marinus Link will help provide the essential connection to the mainland. By leveraging Tasmania’s existing hydro schemes to develop pumped hydro energy storage (PHES), excess low-cost energy could be captured during periods of low demand and used to pump water from a lower catchment to a higher one. This water is then released later in periods of high demand to generate electricity, effectively acting like a giant long-term battery, exporting power to the mainland.

Initial estimates are that Tasmania could develop 2,500MW of additional capacity and storage to provide the back-up or firming capacity essential to support Australia’s increasing amounts of renewable generation as we transition to a low-carbon future.

What is Battery of the Nation?

Battery of the Nation is a series of Hydro Tasmania projects investigating the development of pumped hydro energy storage and improvements to the existing hydropower system.

To put Battery of the Nation in perspective, the 2,500MW proposed to be delivered by the project is equivalent to 1.5 Hazelwoods and more than 1.5 the maximum output of the next coal fired generator due to close, Liddell power station. This would provide dispatchable or ready-on-demand generation to firm or fill supply gaps in Tasmania and on the mainland when variable wind and solar generation is not available (when the wind isn’t blowing and sun isn’t shining).

The program is one of 12 shortlisted to receive funding under the Commonwealth Government’s Underwriting New Generation Investments (UNGI) program.

What is Marinus Link?

TasNetworks, the owner and operator of the Tasmanian electricity network, is tasked with undertaking the feasibility and business case assessments of Marinus Link, a second Bass Strait interconnector. The $20 million assessment is jointly funded by the Tasmanian Government and the Commonwealth though the Australian Renewable Energy Agency (ARENA). In February, $56 million in additional Commonwealth funding was announced by Prime Minister Scott Morrison in recognition of the strategic value of the project. This funding will bring forward long-lead time activities from the design and approvals phase, with a business case expected to be released in December.

Marinus Link is one of the investments identified by the Australian Energy Market Operator (AEMO) in the 2018 Integrated System Plan. This is seeking to develop a National Electricity Market (NEM)-wide plan for the least cost approach to incorporating new generation into the electricity grid as existing coal fired generators retire.

Marinus Link is being proposed as a 1200 MW capacity interconnector made up of two 600 MW cables which will run in addition to the existing privately owned Basslink cable currently rated at a capacity of 478MW.

Marinus Link would connect a converter station in the Sheffield or Burnie area in north-west Tasmania by high voltage direct current (HVDC) cable to the La Trobe Valley in Victoria, with an earliest start date estimated of 2025. 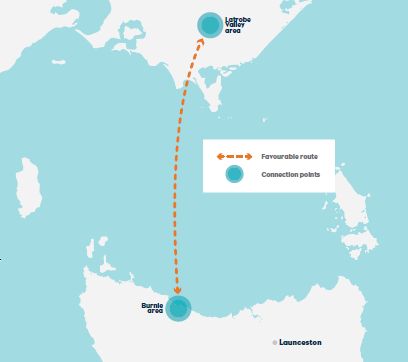 Once in place, Marinus Link will be able to immediately dispatch about 400 MW of latent hydropower in the existing Tasmanian hydro system, which will be of great benefit to the NEM. A good example of how much this additional ready-on-demand electricity is already needed is the recent heatwave in January that resulted in the loss of power to 200,000 Victorian customers through load shedding. This impact could have been significantly minimised with Marinus Link in play.

What does it cost?

A 1,200 MW Marinus Link has an estimated capital cost range of $1.9-3.2 billion. While it is a significant cost, Marinus Link will create jobs and economic stimulus from construction in regional areas of Tasmania and Victoria. 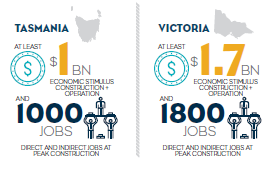 TasNetworks is continuing to engage with stakeholders and communities as the project assessment process unfolds.

The benefits to the electricity market of Marinus Link are being assessed via a Regulatory Investment Test – Transmission (RIT-T). The next step in this process, the Project Assessment Draft Report is expected to be released by the end of July 2019. The RIT-T is a transparent and robust assessment that seeks to ensure that significant investments in electricity transmission infrastructure will deliver a net market benefit to consumers before they proceed.

A final RIT-T report and release of the final business case assessment report is expected at the end of this year. The Australian Energy Regulator is expected to make a determination on whether Marinus Link can be classed as a regulated asset by mid-2020.

Transmission a key enabler – but who pays?

Transmission investment is a key enabler to ensuring the power from increasing amounts of renewable generation can get to customers at lowest cost. Increased interconnection enables more diversity of generation and renewable sources and increases competition in the wholesale market, driving down prices for all.

Under the current regulatory framework, the cost of Marinus Link would ultimately be recovered from Tasmanians and Victorians.  However, given the benefits of reduced wholesale market prices and increased reliability go beyond these two states, this is clearly not the most equitable approach.

The AEMC review into the Coordination of Generation and Transmission Investment (COGATI) in 2018 recognised the need to improve inter-regional transmission charging.  The AEMC’s 2019 COGATI review is due to make a recommendation on this issue by end 2019 and if changes are needed to any rules, this may occur by the end of 2020.  Fair and equitable charging arrangements need to be considered for nation building investment.  Both governments and rule makers/regulators have a role to play to ensure fairness in charging arrangements and project investability in a timely and efficient manner. This could occur through a mix of government contributions, broader market fees or new pricing frameworks.

Funding of Marinus Link and Battery of the Nation go hand in hand to maximise the benefits to consumers.