The Grattan Institute’s Down to the Wire report, published this week, suggests that New South Wales, Queensland and Tasmanian governments consider voluntarily writing down about $11 billion of the existing regulatory asset base of electricity businesses. We take a look.

Energy customers across the nation have made themselves heard: better value for money is in high demand. Climbing energy costs provide a ready-made audience for policy proposals sold on the hook of potentially lower charges. Given the mixed success of past energy policy interventions that have promised to deliver lower costs, the Hippocratic ethical principle of ‘first, do no harm’ should be applied to any proposals.

The first harm to be avoided is driving energy bills higher through unintended consequences of poorly judged interventions.

The Grattan Institute’s Down to the wire report, published this week, makes a series of recommendations, though only the first three have been touched on in most media coverage.

1. The New South Wales, Queensland and Tasmanian governments should voluntarily write-down about $11 billion of the existing regulatory asset base of state-owned electricity transmission and distribution businesses.

To be fair, the Grattan report clearly identifies the core risks of breaching the regulatory compact that has underpinned decades of past network investment.[1] It correctly observes that compulsory write-downs achieved by one-off regulatory fiat would lead to higher regulatory and sovereign risks. As the Finkel Report concluded:

Compulsory write-downs are problematic. Writing down the asset values would increase creditors’ perceptions of risk, resulting in a higher Weighted Average Cost of Capital for future projects or refinancing, leading to potentially higher costs for consumers over all.[2]

This is a finding that previous Energy Networks Australia analysis confirms. The net result of write-downs could cost customers more than $300 million a year more, rather than deliver any savings. This modelling and analysis highlights that the current framework does not provide for retrospective changes to the regulatory asset bases – not because it benefits investors, but rather because this approach lowers the long-term cost of infrastructure services to customers.

Over the past five years, decreased financing costs have contributed significantly to falling network revenues and costs. Doing no harm to this trend should be policy-makers’ and regulators’ highest priority, ensuring customers pay as small an amount as possible for essential network services.

2. The NSW Government should give a rebate for customers on the recently privatised networks in NSW, using some of the sale proceeds from recent privatisations. The rebate should be calculated to compensate consumers and depreciate over time, as the assets do.

Energy Networks Australia would note that acting on recommendations #1, #2 and #3 are primarily matters for the relevant state governments. As outlined above, it is essential any actions being considered are voluntarily undertaken by owners outside the core regulatory framework – failure to do so risks pushing up financing costs (and customer bills) for all networks across the country.

4. Accelerate the introduction of cost-reﬂective tariffs

This one we 100% support. The Grattan Institute rightly suggests that the key priority for policy makers is unlocking solutions to ensure a modern grid is better priced according to the real multi-directional value it delivers to customers.

It is said the technology of tomorrow does not work with rules from yesterday and nowhere is this truer than how we charge for electricity. If we want to provide the right incentives for adopters of solar, storage and other technologies to not only save money for themselves but also lower costs for others, we have to evolve from our 20th century pricing structures.

Tackling tariff and pricing reforms will reduce network costs to meet peak demand, a win for industry and consumers.

5. Update the regulatory framework to explicitly allocate the risk of assets being stranded in future6.

6. Ensure future network investments deliver value for money to the consumer; and

Demand for renewable connections continues to grow as the grid evolves into a two-way platform. Connecting more customers, and more distributed and remote generation and storage resources, means a more interconnected and resilient grid that is different to previous systems based largely on distributing centralised generation.  Future-proofing the grid means being transparent about the allocation of any future stranding risks (that is, risk of an asset being unused). The tools to achieve this are firmly in our grasp.

A regulatory framework with the flexibility to easily allow networks to play a role in delivering better cost and reliability outcomes by serving customers with local grids or systems, rather than expensive-to-maintain long feeder lines, is another opportunity for customer savings. About $700 million could be saved over the next decade by supplying remote connections, such as farms, with a standalone power system/systems.[3]

In this regard, the Grattan report echoes proposals made jointly by Energy Networks Australia and CSIRO in the Electricity Network Transformation Roadmap, which called for a clear and open community-based discussion about allocating any future stranding risks in a way that best serves customers’ interests. There are a range of options to achieve this. Some already available under the existing rules and new incentive schemes. Others, such as a ‘total expenditure’ (TOTEX) based regulation, are used successfully in other jurisdictions as alternatives to traditional forms of revenue regulation.

Each of these are potentially fruitful avenues that are worth exploring, and could avoid the costs to customers that Grattan notes of ill-judged mandatory write-down policies applied through regulatory intervention.[4]

So where did those numbers come from?

The headline “over-investment” numbers from Grattan were some rather exact figures – for example up to $3.3 billion for Essential Energy and $890 million (not $900M) for Powerlink. Grattan calculations are based on a comparison of actual expenditure with their determination of what the maximum should be, based on a combination of peak demand and consumption growth.

This broad-brush top down analysis identifies a head-line worthy figure to write-down assets, but fails to specify assets that are not serving actual customers today. Without doubt it is arbitrary and risky.  Such simple top-down analysis may deliver a desired ‘big number’, but that’s about all it delivers.

The Grattan report does note that a “more precise estimate of under-utilised and over-valued assets in the NEM would require detailed network data on asset utilisation”. However that qualifier appears on page 23 of the report – it’s certainly not in the media release.

Australian energy customers are experiencing high energy wholesale costs, arising in part from a decade of policy and investment uncertainty affecting energy markets. It’s somewhat ironic that the Grattan report details past political over-reactions – significant lack of expenditure around the turn of the century followed by significant outages followed by high and inflexible reliability standards – but then makes recommendations which could lead to a repeat.

The real challenge now is to think our way forward from where we are and find solutions that don’t replicate that harm in our vital networks so Australians are enabled to share energy through a cleaner, smarter and more distributed power grid.

[1] Grattan Institute, Down the wire: a sustainable electricity network for Australia (March 2018), p.35

[2] Independent Review into the Future Security of the National Electricity Market – Blueprint for the Future – Final Report, June 2017, p.124 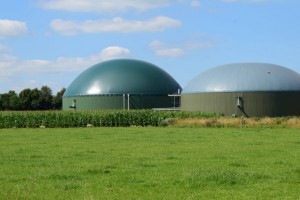 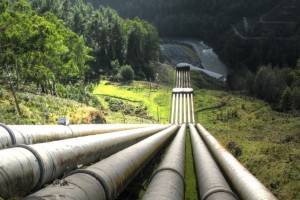