Thomas Edison is reported to have said, “I have not failed. I’ve just found 10,000 ways that won’t work.”

A new report from Deloitte, Innovation in Electricity Networks, based on a survey of 17 Australian electricity network businesses finds that electricity networks’ ability to innovate is constrained by their risk appetite and the regulatory environment in which they operate. In a nod to Edison’s observation, they highlight the tension between the need to ‘get it out’ versus ‘get it right’.

The state of innovation

The Deloitte study used the internationally recognised Doblin Innovation Framework to assess the state of innovation within Australian electricity network businesses. It used the results from an innovation diagnostic survey of 114 people and a number of face-to-face interviews to prepare its report.

The survey finds that network businesses recognise the risks and opportunities presented by disruption, and in response, are becoming more innovative. However, the results also suggest more can be done more quickly.

Deloitte recommends that businesses need to have a bold, clear innovation strategy with tangible targets and expected outcomes, freeing people up to innovate in a disciplined way that embraces risk, and accept potential failure in the pursuit of positive and sustainable results.

Other key findings of the report include:

The transformation of the energy sector is a given. For networks, the challenge is to innovate and evolve quickly enough to ensure they don’t miss the wave of change.

Further, we must ensure that all our innovative work, regardless of where it sits within a business, is aimed squarely at improving consumers’ experience, and that the environment in which we operate can support and drive an innovative mindset.

Consumer outcomes will rely on:

These challenges are likely to require just as much fresh thinking from regulatory policy and rule makers, as from energy network businesses themselves. This should be based on the real outcomes for customers in our energy markets. It should be led by market evidence.

The Electricity Network Transformation Roadmap confirms Australia’s electricity systems are likely to require almost a trillion dollars of capital and operating expenditure between now and 2050. These costs include customer owned resources, off-grid technology, centralised generation, and transmission and distribution services.

With over a quarter of that expenditure required in electricity network services, it is crucial that networks are positioned to innovate.

Network RD&D is currently the focus of about 0.6% of the public RD&D investment in the energy sector, despite representing between 25 – 50% of a current average residential electricity bill, depending on the state.

This makes Australia one of the lowest funders of network innovation compared to other OECD countries according to the International Energy Agency (IEA).

In 2014, Australia’s public research, development and demonstration investment in energy, including generation, networks and other supply chain expenditure, was ranked 19 out of 24 developed nations.

Using IEA’s data, the chart below shows the data when electricity network (transmission and distribution) expenditure is considered on its own. It clearly demonstrates that Australia’s spending on network innovation relative to population is the lowest when compared to these international counterparts. 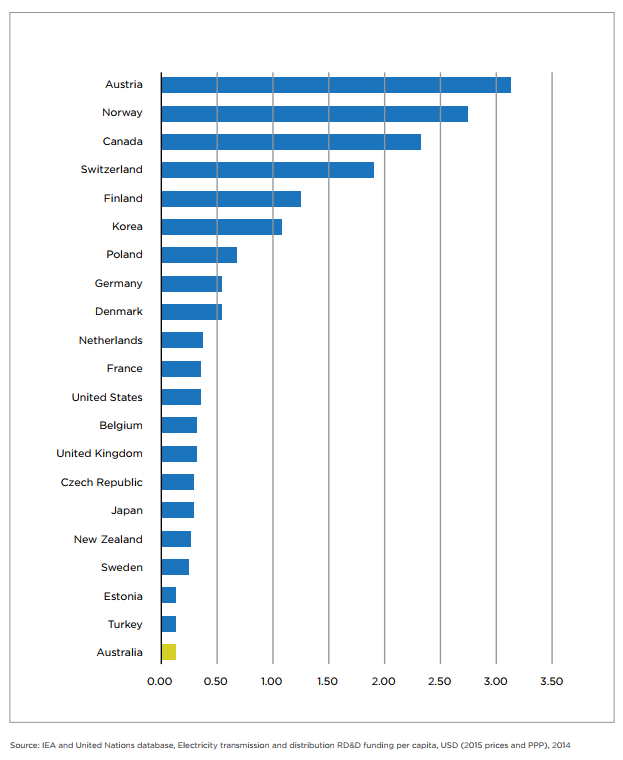 In July this year, Energy Networks Australia released a Network Innovation Discussion Paper  that considers international network innovation schemes and what they can deliver for energy customers.

It refers to analysis by the UK regulator Ofgem of its Low Carbon Networks Fund. Ofgem has estimated that the net-benefits of its scheme could be up to six times the cost of funding the scheme. 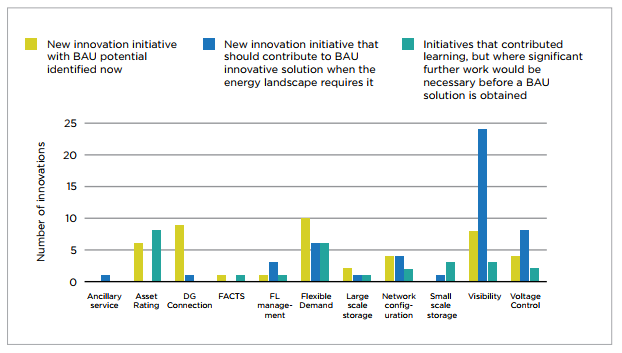 Critically, the embedding of change and innovation within the operations of networks was identified by Ofgem as a key success of the Low Carbon Networks Fund.

Over the last three decades Australia has successfully adopted many parts of the UK regulatory regime. A more structured and ambitious network innovation incentive scheme in Australia could also deliver real benefits for consumers over the long term.

As the experience of the UK shows, the operation of network innovation schemes includes a valid process of learning, adjustment, and refining. There is evidence that innovation schemes can deliver concrete benefits to energy customers. This should give Australia’s policy community confidence to trial and experiment with our own approaches.

Innovation at the grid edge

Deloitte identified five key themes that emerged from the range of innovation pursued by energy networks: 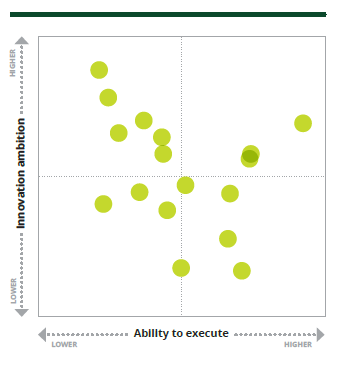 The top three networks with respect to ability to execute and innovation were identified as Western Australian networks, Horizon Power and Western Power, Victoria’s Powercor. The fact that two of these networks do not fall under the regulatory processes of the National Electricity Market is unsurprising to close observers of the energy environment.

Despite the barriers, grid edge technologies are allowing customers to participate in the energy system like never before. The Energy Networks Australia publication, Welcome to the Grid Edge highlights just a few examples of how network businesses are working with communities to provide customers with affordable, secure and cleaner energy in an increasingly decentralised and dynamic energy system.

Communities are now able to form MicroGrids or mini-grids which may be self-sufficient, or exchange services with the grid for mutual benefit with the wider community.

In remote communities, MicroGrids, remote area power supplies and stand-alone power systems can prove to be more reliable and cost effective, but we need to ensure regulatory rules allow them to be deployed.

These systems can also allow power to be restored to communities more quickly after natural disasters as demonstrated post-Cyclone Debbie in March this year.

During a time of rapid technological change, Australia’s regulatory policy is yet to fully realise the benefits of innovation activities undertaken by network businesses. This means that Australian electricity customers may miss out on the opportunities for integrating new technologies into the grid that could improve electricity network services, and allow better responsiveness to customer choice in technology and service.

Considering recent trends in the energy sector, innovation in the delivery of network services may have substantial social benefit. Conversely, the absence of innovation will come at a cost. 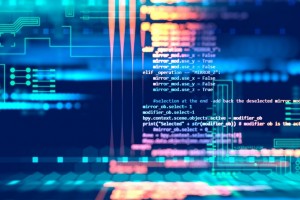 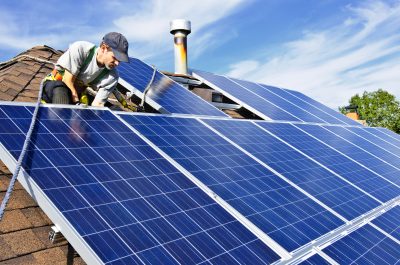