Transmission is the superhighway of electricity. It connects generators to distributors and major customers, states to each other and keeps the lights on. The new Australian Energy Regulator (AER) transmission performance data 2006-2018[1] shows that all the performance indicators are pointing in the right directions. 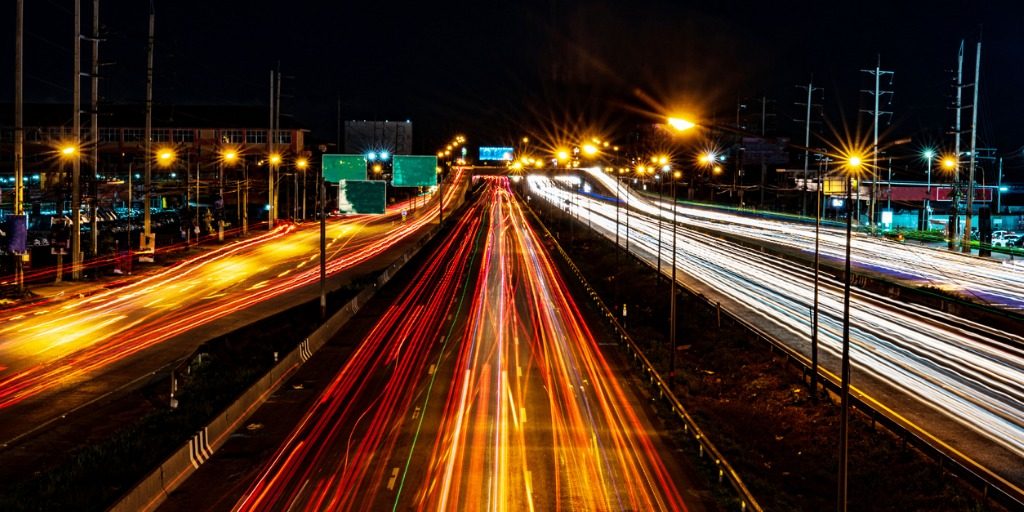 Costs down, benefits up

Revenue is the most important figure to look at because it directly shows how much customers have paid for the services transmission businesses offer. Total revenue in 2018 fell 10 per cent from $2.92 billion to $2.63 billion. That is, customers are paying $290 million less in 2018 for transmission than they were in 2017.

Part of the reduction in revenue is because transmission businesses have been working hard to reduce the cost of providing their services. Total operating expenditure costs were $550 million, down from $623 million in 2017. This is $68 million lower than AER allowances, highlighting that incentive-based regulation is working for customers. 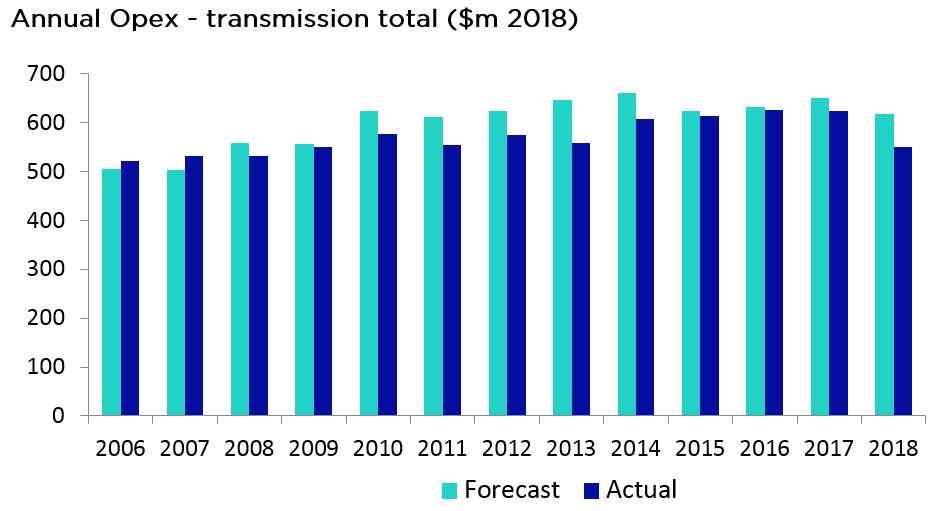 Capital expenditure is also slightly down, falling from $753 million to $744 million – an all-time low since business information was first published in 2006. There has been a continuing trend of lower capital expenditure since 2015 which will likely have a hand in even lower prices in the future.

With lower capex comes a lower regulatory asset base – which has been declining since it peaked in 2014.

All this while for the past three years, reliability has been at its highest point yet. 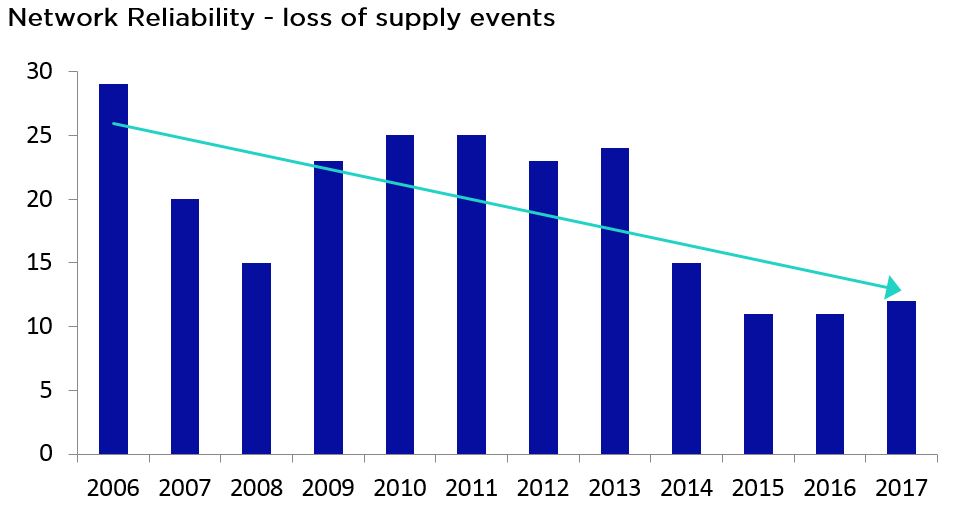 On face value, this data would appear to be the regulatory holy grail because in a one-way system, least-cost has been the defining goal of providing regulated energy services.

But now, in a two-way system, the story doesn’t quite end there. 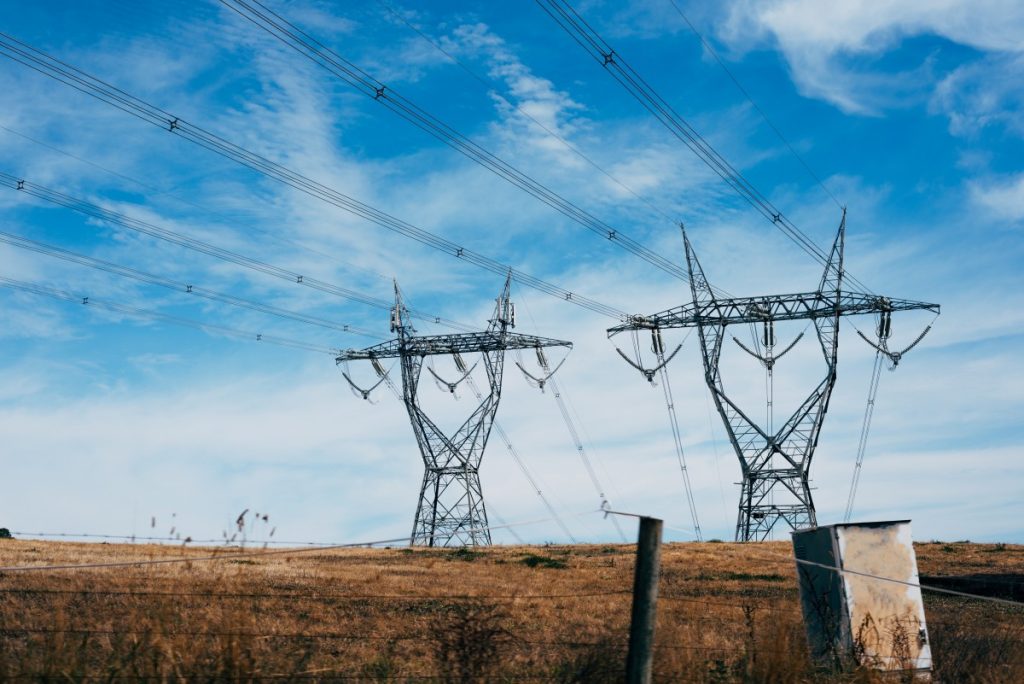 Transmission and the wholesale market

Transmission businesses used to just connect coal-fired generators to urban energy hubs. In the early years of the National Electricity Market, any state interconnection was largely for whenever a coal-fired power station had an outage, or so a coal-fired generator in one state could regularly supply customers in another state.

Now, multiple types of non-synchronous generation need to be connected in multiple different locations. Transmission interconnectors now regularly operate both ways because generation is more dependent on the wind and sun than ever before. If the wind isn’t blowing or the sun isn’t shining in one state, interconnectors step in to ensure electricity demand is satisfied from generation supplied by another state.

This same principle applies in the wholesale market – to create a market for generation and consumption and to provide price signals when there is both abundant generation and a severe lack of generation. The market price cap of $14,500/MWh is there to provide big incentives to generators to increase supply, but $14,500/MWh isn’t good news for customers.

One of the interesting data points released is the measure of market impact, which measures the percentage of settlement periods during transmission outages where the transmission outage increased the price of electricity by at least $10/MWh. Transmission’s impact on wholesale markets is stubbornly hard to estimate, because there isn’t a counterfactual spot price showing what the wholesale price would be if transmission infrastructure didn’t exist. The market impact data provides a glimpse into some of this interaction. 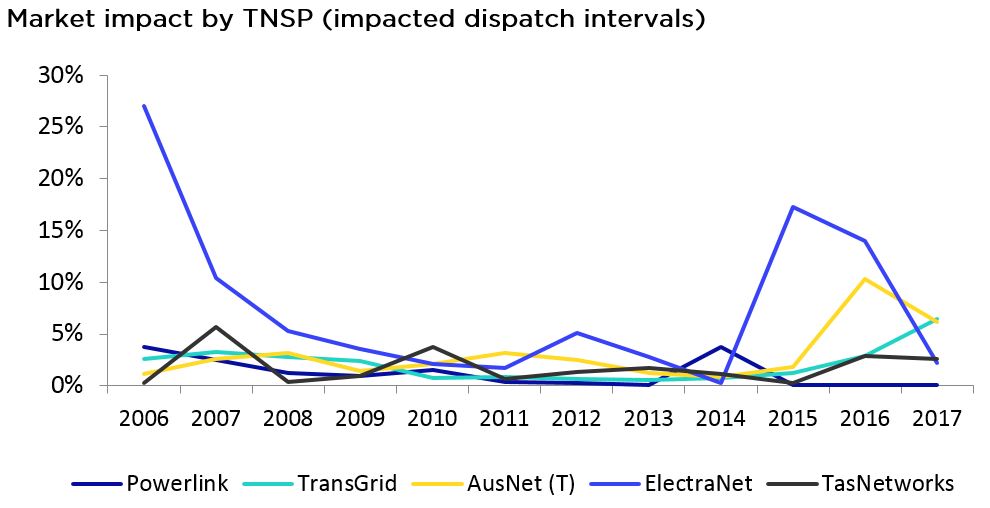 Although the percentage of market intervals impacted doesn’t seem breathtaking, consider that on average more than 500,000 MWh[i] were supplied to customers each day in the NEM during 2018. The data captures events of at least a $10/MWh increase, meaning any one of these events could have resulted in prices reaching the $14,500/MWh price cap. There are also transmission outages which increase prices by less than $10/MWh which are not captured in the data. These figures demonstrate the importance of a strong transmission network in making wholesale markets work effectively by ensuring that enough generation is available to meet demand.

The data suggests that strong interconnection from growing renewable sources and markets will help reduce market prices and volatility, especially as the prevalence of renewables continues to increase. Of course, building transmission comes at a cost and there is a trade-off between better reliability and lowering wholesale prices versus the cost of building transmission. But as time ticks on, the benefits of transmission appear to be increasing.

There are quite a few interconnectors on the table and lots of discussion and debate as part of AEMO’s Integrated System Plan focussing on what to do next. If current market, technology and policy settings continue, it is very likely that new transmission will be needed to connect the vast increases in renewable generation and ensure there is adequate supply to keep prices down.