The Australian Energy Regulator (AER) is reviewing its current 2013 Rate of Return Guideline.  The Guideline clarifies the AER’s approach to setting the regulated rate of return for electricity and gas networks. It sets out how the regulator will determine the efficient financing costs of network businesses for the purpose of setting future revenues and prices.

Perspectives on the Guideline Review Issues

On 12 December 2017, Energy Networks Australia lodged a response to the AER’s Issues Paper which asked a series of questions.

A summary of the Energy Networks Australia response is available here

The purpose of our engagement is to seek the views of consumers and other stakeholders, to help inform Energy Networks Australia’s own positions to feed into the AER’s review process, including the series of expert concurrent sessions known as “hot tubs”. 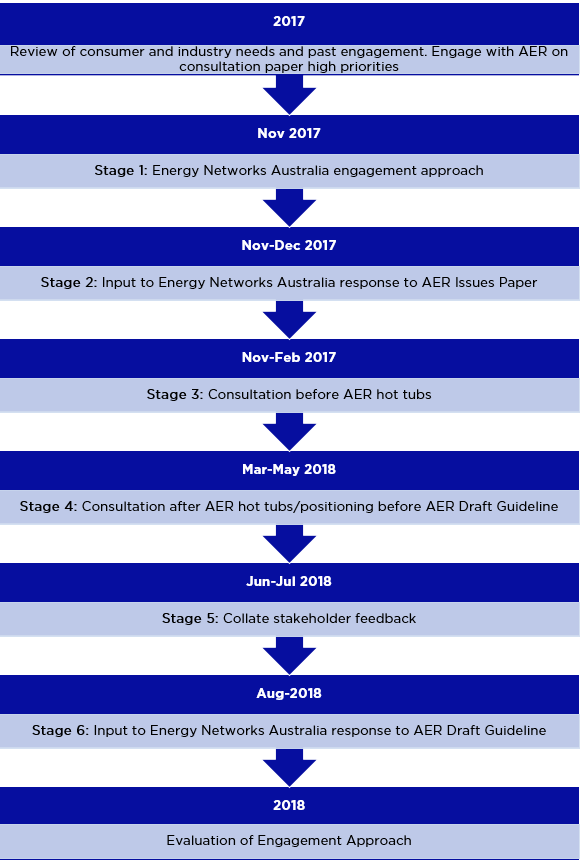