We’re going through a once-in-a-lifetime transition in the energy sector with the next decade bringing a raft of changes in how energy is generated, delivered and consumed.

Initially released in 2019, the roadmap has been updated to reflect the recent changes within the NZ energy sector. We’ll take you through some of the changes made and a few key takeaways that may be useful for the Australian context.

Since the launch of the NTR, New Zealand has seen a major shift in attitude and commitment towards decarbonisation. A re-elected Labour government has resulted in New Zealand committing to a net-zero target by 2050.

However, despite the shift in attitude towards the importance of reaching net zero, the growth in solar PVs and Electric Vehicles has been slower than anticipated.

Similarly, EVs currently represent just under 1 per cent of the total light passenger fleet in NZ. While recent government incentives have driven EV sales in the last year, NZ is in the early stages of this journey.

Changes to the Roadmap

An independent review by Dr Alan Miller[2] into focused on the progress made by NZ networks in implementing the actions outlined within the roadmap and assessed whether the roadmap is still relevant given the recent changes.

The review found the NTR in its initial form is still relevant and there is no need for substantial change. However the report found that the progress made in implementating those actions by network businesses has been mixed.

Given these findings, the NTR has been updated to provide greater clarity in terms of implementation priorities, stakeholder dependencies and outcomes.

Key changes are highlighted in Figure 2 below. 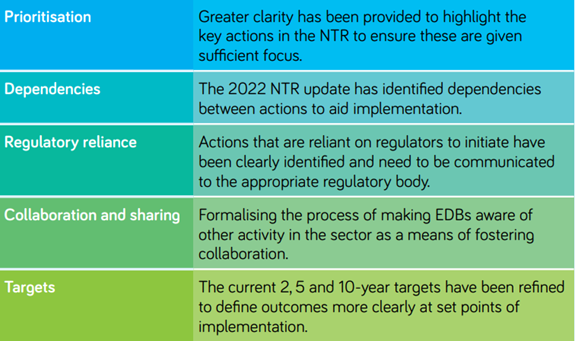 Figure 2 High-level changes to the NTR

Shift in priorities for networks

15 of the 19 actions in the NTR centre around building new capability for networks in the areas of information, standardisation and procurement. These actions are considered fundamental to facilitate the energy transition in New Zealand.

These core focus areas include:

The issue of access to smart meter and low voltage data is being faced by Australian DNSPs too. Outside of the state of Victoria, smart meter penetration in the National Electricity Market (NEM) is low. The AEMC will soon recommence its review of the regulatory framework for metering services[3]. The outcomes of this review will be key in ensuring that the critical data from smart meters is made available to DNSPs.

One of the key findings of the independent review is the need for collaboration in implementing the NTR across the sector. DNSPs are on different journeys and at various levels of maturity in their implementation of the actions outlines in the NTR. Sharing the lessons and intellectual property between networks will allow the sector to collectively grow capability.

As such, ENA NZ will conduct a twice-yearly innovation stocktake to highlight key activities in the sector and assess the general progress in implementing the actions in the NTR.

To enable a timely and effective transition to a low-carbon future, industry collaboration is critical not just locally but also at an international level.

We’re all on the same path in this transition, so let’s work together to ensure that we continue to deliver safe, reliable and secure energy to customers at the least possible cost.

[3] Review of the regulatory framework for metering services | AEMC 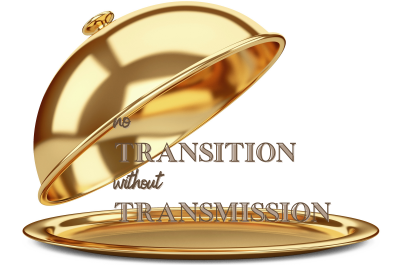 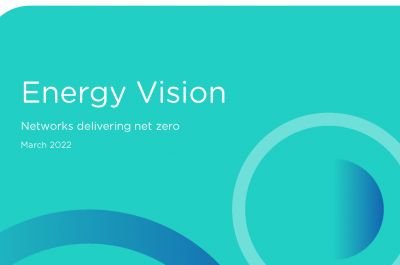 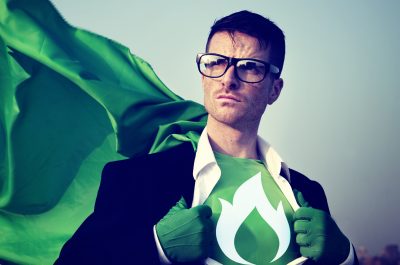