Germany is clearly ahead of Australia in its hydrogen economy. The technologies to produce and use hydrogen have been developed, tested and are clearly working as expected.

Australia appears to have bilateral political support to develop the hydrogen opportunity, especially as it builds on our energy export industries.

While still a relatively new industry globally, there are lessons to be learned from countries like Germany and others who are ahead of us in the rush towards a hydrogen future.

I was fortunate to travel to Germany last month with a study group to observe what this hydrogen future might look like. 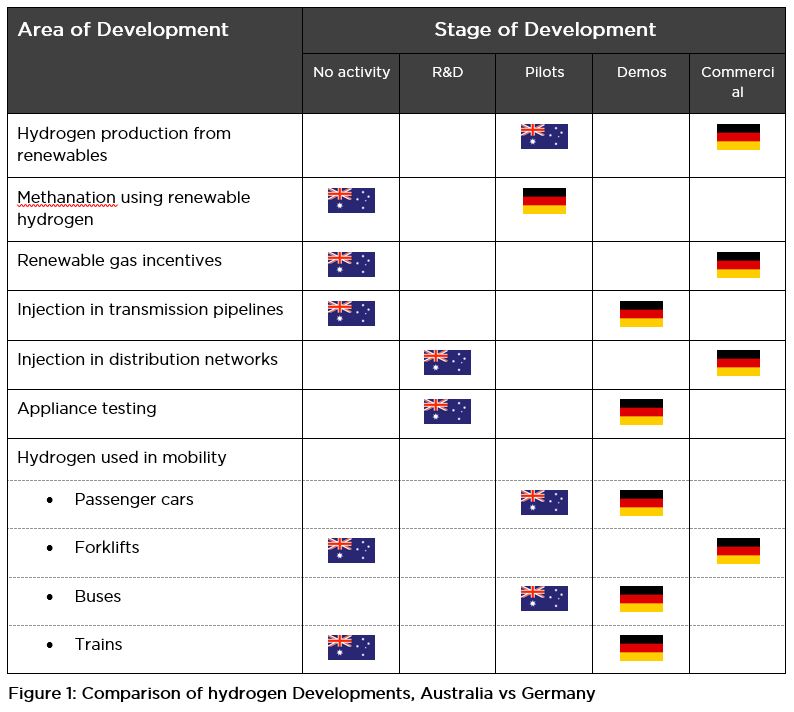 Parts of Germany, like parts of Australia, at times generate more energy from renewable sources than can be consumed. In Germany, the north creates excess renewable energy from wind. This cannot currently be supplied to the south due to limitations in transmission lines. The power to gas concept is well developed in Germany and we visited a number of projects that produce hydrogen from renewables and inject this into the gas grid. One of those projects is the Falkenhagen project near Hamburg, the other being the Mainz Energy Park near Frankfurt.

Renewable gas projects in Germany cover both hydrogen from renewables as well as methanation. 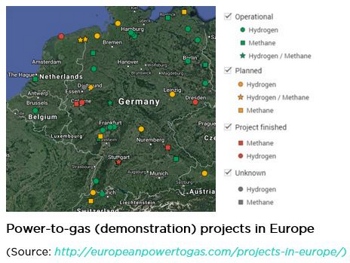 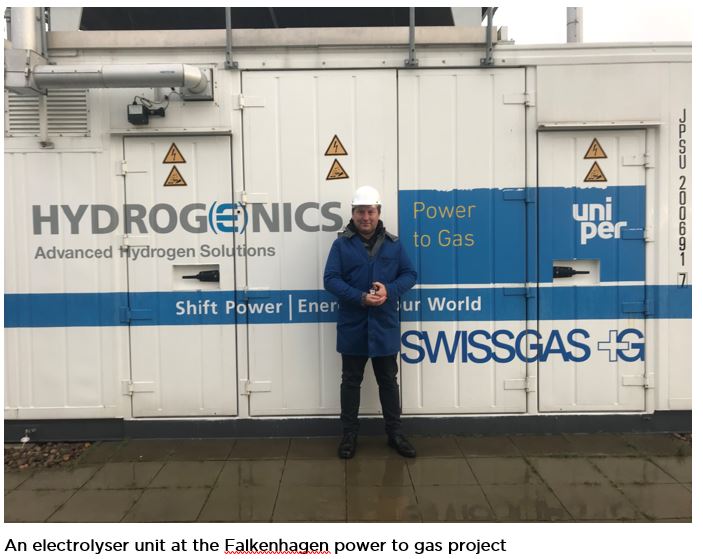 The pilot scale projects range from tens of kW up to 6 MW testing different electrolyser technologies. The recently announced Hybridge[1] project aims to increase the scale to 100MW, which may be operational by 2023, depending on funding and political support.

There is a general recognition in Germany that energy is broader than just electricity. Many of the presentations made to our study group described sector coupling between electricity, transport fuels and heat. Hydrogen was seen as a direct fuel for the mobility sector but mixtures of hydrogen and methane are proposed for gas networks. This methane can be produced from renewable hydrogen through a methanation step by reacting the renewable hydrogen with carbon dioxide, possibly sourced from local biogas facilities.

While the extra step results in an overall efficiency loss, it allows renewable gas to be more easily used in existing downstream infrastructure such as gas storage facilities and household meters, also meaning appliances can continue to be used without modification.

An overall economic assessment would need to be completed to help identify whether the hydrogen pathway, such as proposed by Leeds, or the methanation pathway is the better option for decarbonising networks. 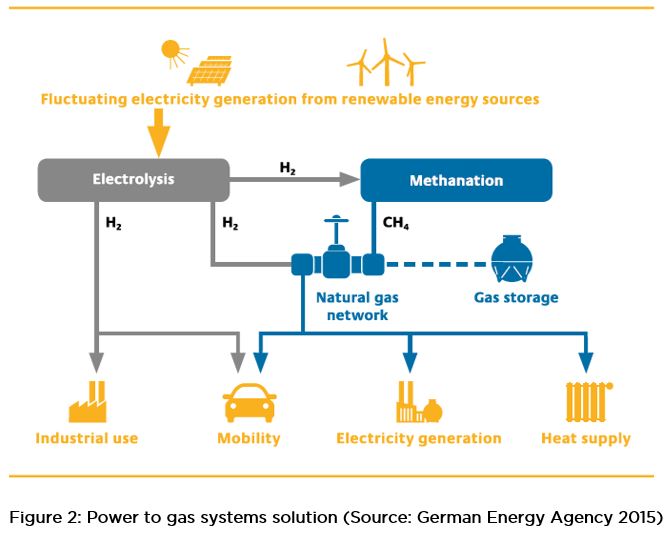 Injecting renewable gas in the networks can be profitable in Germany. This reflects the availability of renewable or “green” gas incentives available. While these incentives were mainly targeting biogas production, hydrogen generated from renewable energy can also be counted towards renewable gas. This is because the definition of biogas (S3, No10c) in the German Law on the Fuel and Electricity Industries is:

… and hydrogen, if generated by water electrolysis and synthetic methane, if the power used by the electrolysis (and the carbon dioxide for methanation) is from renewable sources.

Australia does not have a similar incentive and the only incentive for the use of biogas in Australia is through generating electricity.

Hydrogen can be injected into the gas transmission network. The allowed amount is 10 per cent (although there is discussion about increasing that to 20 per cent). The project at Falkenhagen injects directly into the local transmission pipelines. However, the level of hydrogen is restricted to 2 per cent as this pipeline is connected to a CNG refuelling station and those tanks have a maximum hydrogen limit of 2 per cent. 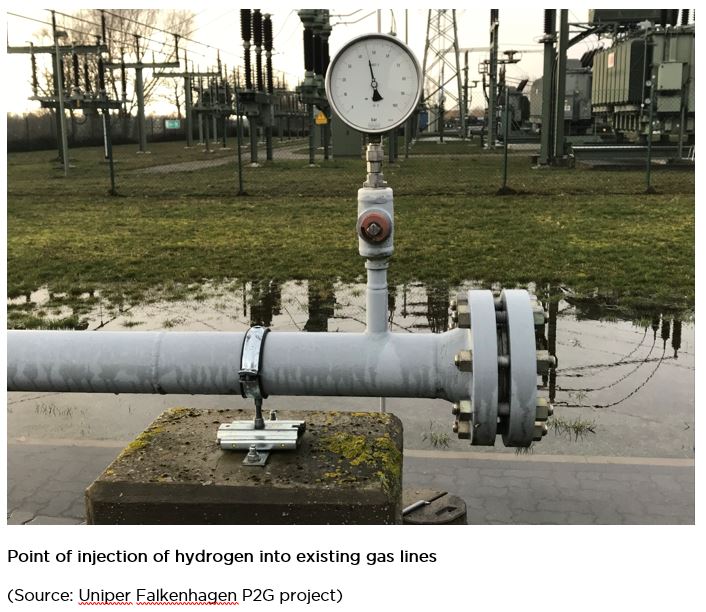 Hydrogen is also being directly injected into the distribution networks. The operating model at the Mainz Energy Centre produces hydrogen from excess renewables and then injects some of that directly into the network while the excess hydrogen produced is transported to nearby hydrogen refuelling stations.

The allowed level of injection is less than 10 per cent. Hence, up to this amount is injected into the local distribution network at all times due to the green gas credits. 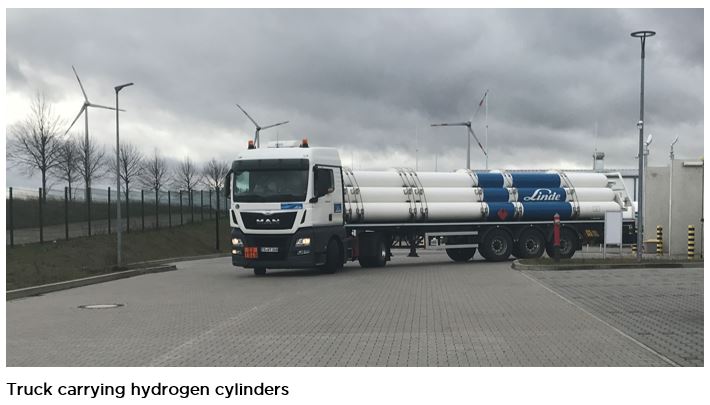 Work is currently commencing in Australia to better understand the impact of blending up to 10 per cent into gas networks in Australia.[2]

Hydrogen for mobility in Germany is definitely a long way ahead of where it is in Australia. While hydrogen vehicles are available in Germany, the roll out of infrastructure is ongoing and still limited in areas. 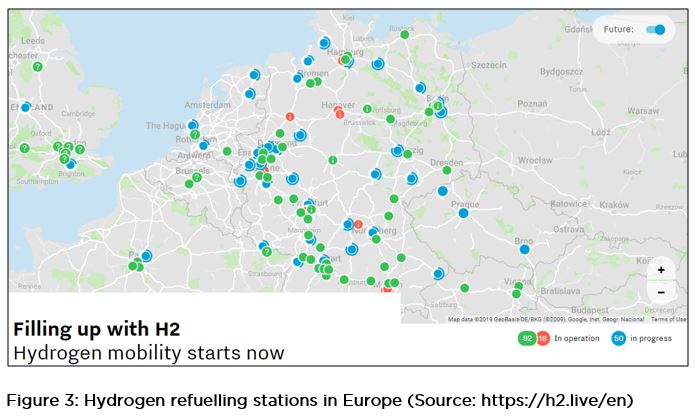 Australia trialled three hydrogen fuel cell buses in Perth between 2004 and 2007. The buses were placed on normal public transport routes and data was collected against a range of performance measures including reliability, efficiency and public acceptance.

While the operational performance exceeded expectations[3], the trial also highlighted the challenges relating to the durability of the fuel cell system at that time and the ability to source enough emission-free hydrogen.

Germany, and the EU, are currently undertaking a broader trial of hydrogen buses. Hydrogen buses are still more expensive than diesel buses but incentives by the EU and local governments makes the costs comparable. The costs of hydrogen buses during a trial were close to EURO 1.5 million. A new benchmark was set through the EU grant program capping the cost at EURO 650,000 for a tender including 30 buses. The market was able to provide the next lot of buses for this cost. A new ceiling has been set for the next tender.

While it is expected that in the longer term, maintenance costs for hydrogen buses will be less than for diesel buses, in this early stage the costs are still higher as it is new technology. 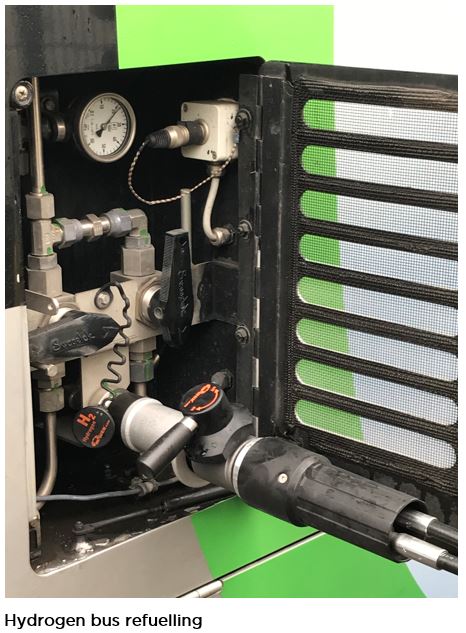 There are a number of fuel cell trains on order in Europe with one operational in northern Germany. Fuel cell trains offer advantages for railways that are not electrified and allow the train transport to be decarbonised.

At present, there are no known proposals for fuel cell trains in Australia.

While Germany is clearly a global leader when it comes to trialling injecting hydrogen into the gas grid, Australia is fast developing this capability through a supporting applied research, design and development (through the Future Fuels CRC) with a number of pilot projects under construction and the recent announcement to develop a National Hydrogen Strategy.

There is significant value to learn from what others have done, not just from a technical perspective but also to better understand different policy mechanisms and to determine whether they would be suitable to Australian conditions.

My top 5 learnings are: 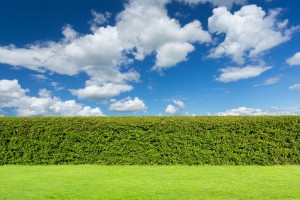 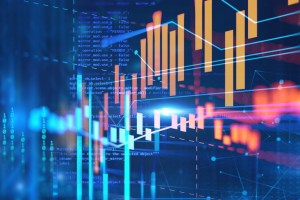 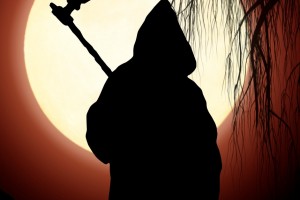