Australia is not the only country seeking to integrate high penetration renewables with transmission grids, while maintaining power system security.  South Australia’s black system event provides some insights for the current review of the Regulatory Investment Test for Transmission (RIT-T) and Interconnectors, and the arrangements governing a recovery from ‘system black’.

The Eastern Interconnection (US EI) in the United States is one of the largest power systems in the world. The US EI reaches from Central Canada Eastward to the Atlantic coast (excluding Québec), South to Florida and West to the foot of the Rockies (excluding most of Texas)[1]. It also includes six of the eight US regional reliability entities.

Wind and PV generation are the fastest growing electricity resources in the United States, with renewable generation accounting for more than 61% of all new U.S. electricity capacity installations in 2013, up from 57% in 2008 and 4% in 2004 (EIA 2015).

The size and complexity of the US EI has historically made it difficult to model. In order to understand how the system might be impacted by high penetrations (30% of total annual generation) of wind and solar photovoltaic (PV) during steady state operations, the U.S. Department of Energy (DOE) commissioned the National Renewable Energy Laboratory (NREL) to conduct the Eastern Renewable Generation Integration Study (ERGIS). The ERGIS is a scenario-based study of four potential wind and PV futures and associated operational impacts in the US EI.

ERGIS shows that the US EI is theoretically able to handle 30 per cent more renewables within ten years and be able to maintain power reliability with more than ten times the current amount of wind and solar on the system today, but only with serious upgrades to the bulk transmission power system.  In particular, it finds that regulatory policy changes, market design innovation, and flexible operating procedures are critical to achieving technical potential. It shows that the US EI can meet loads using variable generation like wind and PV in a variety of extreme conditions. However, achieving this depends on incentives for transmission and generation operators to provide the necessary ramping, energy, and capacity services.

Flows of power across the Eastern Interconnection change more rapidly and more frequently.  Meeting 30% targets under the study assumptions sometimes requires coordinating operations from Montreal to Miami and as far west as New Mexico.(NREL[2])

Prior to the events in South Australia, the role of interconnectors in the NEM was a key topic of discussion at the COAG Energy Council. The August COAG Energy Council meeting agreed to review current regulatory settings to ensure the Australian Energy Regulator (AER’s) Regulatory Investment Test – Transmission (RIT-T) does not present barriers to appropriate investment in the current market environment.

Following the black system event at the extraordinary meeting of the COAG Energy Council on 7 October 2016, Ministers established the Finkel Independent Review of Energy Security in the NEM noting that “Energy Security is the paramount responsibility of governments”.  The review is expected to consider measures to ensure appropriate balance between security, affordability and carbon abatement in Australia’s rapidly changing energy system.  It will take account of key reviews of system security market frameworks, transmission interconnection and system restart arrangements.

Ensuring the ‘Regulatory Investment Test – Transmission’ is fit for the future

Timely and efficient interconnection between regions is likely to play a crucial role in the evolution of Australia’s National Energy Market – and the regulatory investment test is currently the subject of a COAG Energy Council review, to report in December 2016.

Interconnection in the NEM facilitates wholesale market competition, can enable access to lower-cost generation at times of high demand, and allows customers to connect with new technology and cleaner sources of generation, while benefiting from the back-up provided by a reliable transmission grid.  Economically efficient interconnection also supports the reliability of the energy system and helps maintain power system security as the NEM faces the on-going closure of traditional thermal ‘synchronous’ generation and accompanying reduction of inertia[3] sources, as it transitions to a cleaner energy future.

Interconnectors require investment in long-life network infrastructure which is recovered over long periods of time. This investment needs to be weighed up against other alternatives to ensure the most efficient solution for meeting the needs of electricity customers.  Under the National Electricity Rules, the RIT-T requires a robust assessment of alternative options to objectively evaluate proposed transmission infrastructure investment against other credible network or non-network alternatives and other emerging technologies.

The forecasting and valuing of costs and benefits of alternative options in a RIT-T takes on increasing importance in a more dynamic market environment. In particular, system security benefits and the insurance value of avoiding ‘High Impact. Low Probability’ (HILP) events, such as the Black system event are particularly difficult to properly quantify under the current evaluation framework and require review. Arguably, the low probability accorded to some events can lead to a quantified benefit which does not accurately reflect the expectations of customers and other stakeholders of system security.

If it is to be the principal decision-making mechanism to ensure the timely, efficient decisions on new interconnection infrastructure, the RIT-T should enable the benefits of avoiding system security events to be evaluated in a nationally consistent manner, while retaining transparency and rigour.  In the absence of this being internalised in the RIT-T, the benefits of interconnectors which are otherwise difficult to quantify could be better or more clearly articulated through a requirement to meet minimum security obligations and standards. It would be better that these were agreed and articulated on a national basis, rather than through ad hoc jurisdictional activity. Where such an obligation existed, the RIT-T would be applied to minimise the net cost of meeting that obligation.

There is a strong case to review the existing RIT-T framework and associated AER RIT-T guidelines to better integrate the evaluation of these security benefits and the net market benefits which can already be assessed in the RIT-T.

RIT-T assessments undertaken by Transmission Network Service Providers for interconnectors would also be enhanced by greater clarity on the application of carbon abatement and environmental policies, ancillary services benefits and on ‘option value’ in the light of the uncertainty surrounding new technologies and the future development of electricity supply and demand.

Parallel to the Review of the RIT-T, the AEMC’s Reliability Panel is finalising its Review of the System Restart Standard. The Standard sets out key parameters for system restoration following a major disruption of energy supply (such as the SA event), including the speed of restoration, how much supply is to be restored and the aggregate level of reliability of System Restart Ancillary Services (SRAS). The Standard helps identify the amount of restart sources required for each sub-region in the NEM. However, it does not fully account for how end-users and sensitive loads are to be re-energised.

The Reliability Panel released its draft System Restart Standard at the end of August 2016. This followed an economic assessment, an international comparative review, adoption of a number of assumptions about transmission availability and internal AEMO modelling.

A key change in the draft standard is a movement from a universal standard to different standards applying in each sub-region. In the case of SA, the proposed draft standard equates to 25 per cent of average demand (or some 400 MW) being restored in three hours.  This is a change from the universal standard which requires 40 per cent of peak demand to be restored within four hours of an event (in the case of South Australia, some 1,360 MW).

During the restoration after the system black event of 28 September 2016, it appears neither the current or proposed standards were met in practice. The availability of the Heywood interconnector was critical, to the restart process, despite an initial delay to its re-energisation.

In an ENA submission to the SRS review, transmission networks have suggested taking the opportunity to gain insights from the recent SA event.  For instance, the standard appears to assume that a restart from system black will occur in a circumstance of 100 per cent network availability.  This appears a significant presumption, as a fully available network is quite unlikely to shut down and the frequency and impact of extreme weather will likely increase the probability of impacts on the availability of the transmission network.  Although such events are “rare”, it is exactly for such events that the SRS exists.  As highlighted in the SA event, the adoption of the AEMO’s 2014 Value of Customer Reliability across customer segments may require review. This is highlighted by the impacts of High Impact, Low Probability events on direct-connect transmission customers in the circumstances of a prolonged outage.

[3] The South Australian Department of State Development’s recent submission to the AEMC’s consultation paper on Emergency under-frequency and over-frequency control schemes rule change highlights this when it said ““It is not expected that the trend of decreasing levels of inertia will reverse, unless a new interconnector is built to offer a redundant source of AC connection to the rest of the NEM” (page 2). 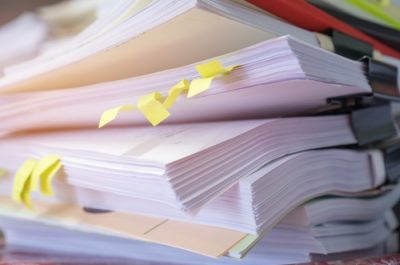