While Australia’s energy’s future is threatened by a Mexican stand-off over carbon and renewables between State and Federal Governments, overseas jurisdictions indicate a more holistic approach is possible.

What can the UK and NY-ISO teach us about the need for a long-term Roadmap?

The first weeks of 2017 were marked by a spate of Government announcements of direct funding for new technologies.

The Victorian Government announced $20 million in funding for storage, that would include delivery of  “…of a battery of at least 20 MW that will add to Victoria’s energy grid”.  The following day the Australian Government made an unrelated announcement in support of large-scale storage, with ARENA and the CEFC to provide at least $20 million to support flexible capacity and large-scale energy storage demonstration projects. The Australian Government also flagged it may redirect financial support to fund High Efficiency Low Emissions coal-fired generation technology, despite a lack of proponents.

Two international processes in other jurisdictions highlight the benefits of a clear transition plan There is scope for a more systematic, integrated and less partisan approach which strengthens the role of markets and regulatory architecture and removes unnecessary risk.

In the United Kingdom, the government and its regulator, Ofgem, have jointly issued a Call for Evidence for a Smart, Flexible Energy System, a holistic review of reforms which can unlock the value of ‘flexible’ distributed energy resources. The final plan, due to be released mid-year, is pragmatically sequenced to enable the next regulatory cycle administered by Ofgem.

It arrives at similar conclusions about the potential value to customers of an integrated grid, as Australia’s Electricity Network Transformation Roadmap (the Roadmap) undertaken by Energy Networks Australia and the CSIRO. 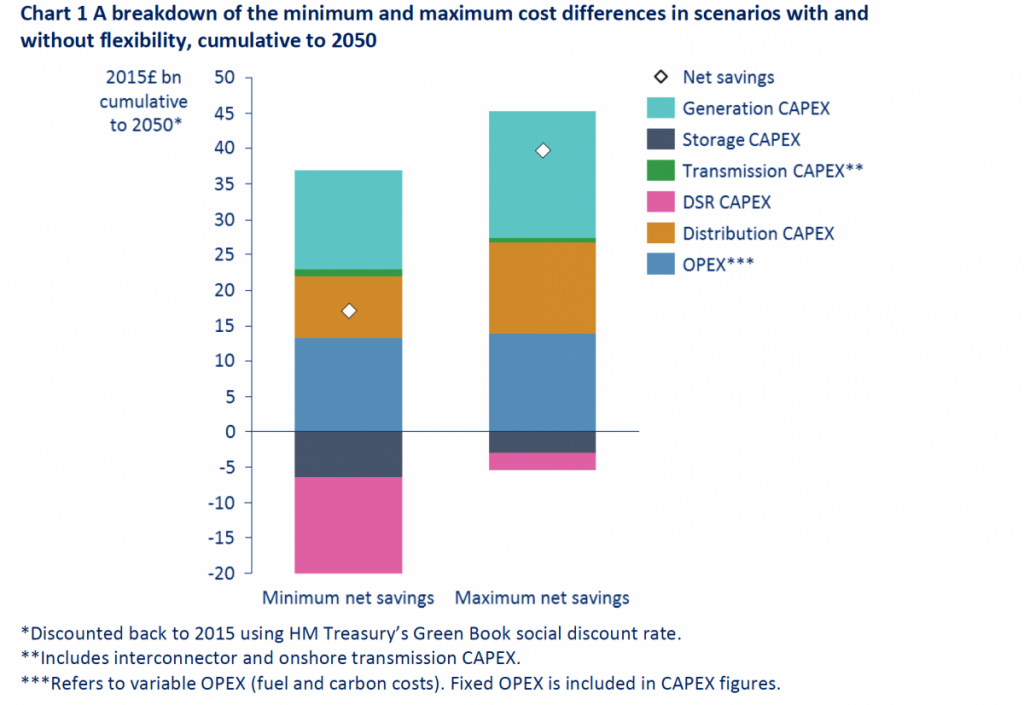 Some of the key actions proposed for stakeholder feedback align with the Australian Roadmap, including:

The report canvasses regulatory measures to increase prospects of interoperability from simple appliance labelling to regulation specifying that any communications enabled device “must meet certain criteria focussed around interoperability and demand response capability”.

“They should demonstrate that active network management solutions and other options that do not involve building new infrastructure are a fully integrated part of their business as usual decision making and culture more broadly. DNOs also need to improve visibility of what is happening on their network, making efficient use of the information that smart meters and other technology can provide as well as improved data sharing with relevant parties”.

In the long-term, the review identifies that additional changes to parties’ roles may be necessary and undertakes to provide further analysis. It highlights the need for more coordination between the Transmission System Operator and DNO’s, both in planning and procurement of distributed resources. This could enable distributor-connected providers to support the high voltage System Operator to accommodate a 30-40% increase in frequency response requirements in the next 5 years, being driven by the changing generation mix.[iii]

The NYISO Roadmap sets out a sequenced plan  to develop the market design, pilot programs, metering policy and granular pricing. over 3 to 5 years.  This capability will permit DER participation in NYISO’s Energy, Ancillary Services, and Capacity markets, distinguishing between dispatchable or non-dispatchable resources. It notes that currently, there are limited options for DER to participate in the NYISO’s markets and the system changes will allow DER to take advantage of real-time scheduling.

“It is important for the NYISO’s real-time systems to access and dispatch these resources in response to price signals reflective of grid conditions and needs. From an operational perspective, the intent of this effort is to minimize out-of-market manual activation of these resources by operators.” (NY-ISO, Distributed Energy Resources Roadmap

[It] will be important that the NYISO establish seamless coordination practices with the NY utilities and the [DER Coordinating Entity or Aggregator] DCEs. This will ensure that the participation of DERs in the wholesale market does not compromise the reliability or safety of the transmission and distribution systems…. For example, the NYISO will expect that any offer provided by the DCEA account for any operational restrictions of the DER in the aggregation, as well as the distribution system that the DCEA is connected to. This obligation will require the DCEA and the utility to work closely with the NYISO ensuring that any dispatch instruction provided by the NYISO is a valid and executable instruction by the DCEA and maintains safe and reliable operation of the distribution system.[iv] 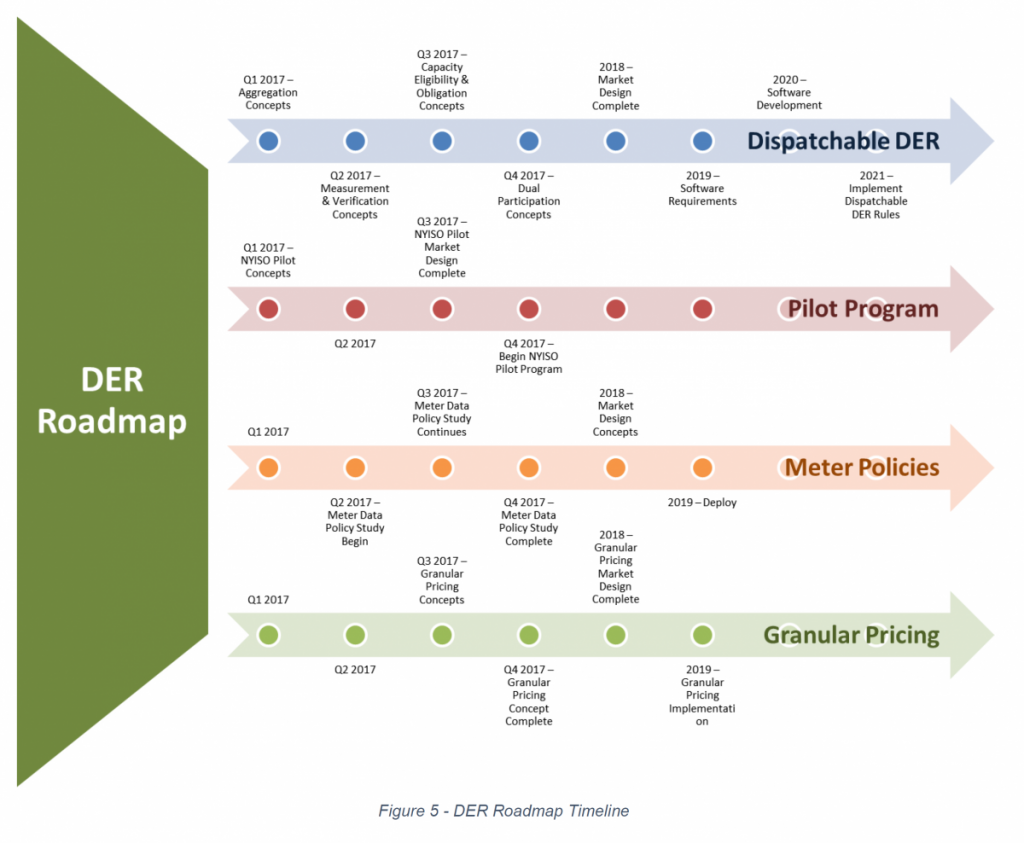 The recent initiatives in the United Kingdom and NY-ISO provide useful insights for Australia on specific the enablers for a transforming energy system. More fundamentally, however, the reviews also highlight the need for Australian governments to adopt a more systematic, planned approach.  Particularly in our Federal system, an integrated approach to the evolution of market and regulatory frameworks is vital if they are to be fit for purpose in a dynamic environment. Australian energy consumers depend on the ability of the COAG Energy Council to act on the forthcoming ‘blueprint’ of the Finkel Panel, the market reforms of the Australian Energy Market Commission and evidence based recommendations of the CSIRO and Energy Networks Australia Network Transformation Roadmap.

Arguably, the key actions needed from State and Federal Governments are not direct subsidies for demonstration projects or investments.  The most urgent attention is required to restore confidence in market frameworks for energy and carbon outcomes, which support long-term commercial investment. 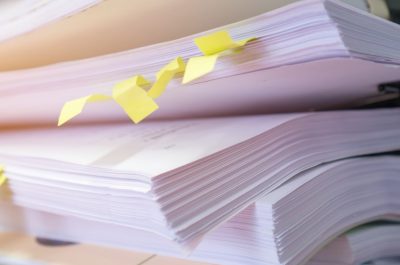