Into the mix: Australia’s new tool for integration of renewables

As countries around the world grapple with the integration of renewables, Australia’s most advanced database of renewable energy projects has been released by Energy Networks Australia and the Australian Renewable Energy Agency.

Overnight, the European Commission has just released its Clean Energy for All Europeans plan, which includes measures to promote a greater share of renewables in Europe’s grid by 2030. The plan, if adopted by states, seeks to cut energy use by 30 percent, phase out subsidies for coal-fired plants and enforce greater cross-border trade, that would also include provisions for an EU-wide renewable energy target of 27 percent by 2030.

In addition to changes to the design of the electricity market, security of electricity supply and governance rules for the Energy Union, the plan proposes a new framework for funding innovation in an a specific package titled Accelerating the Clean Energy Innovation.

In many countries including Australia, policy-makers and industry have moved from a simple focus on reducing the cost of low carbon and renewable generation, to the integration of renewables on the grid in a timely secure and efficient manner.

The Renewables Integration Stocktake has been upgraded as an online, exportable database that catalogues over 233 projects supporting Australia’s shared knowledge and learnings from integrating renewable energy into electricity networks.

The intention of the database is to assist new proponents, networks, governments and regulators to leverage previous trials and programs, rather than ‘reinventing the wheel’.

ARENA, Energy Networks Australia and other partners have worked together since the first release in 2014 to ensure the Stocktake remains relevant to interested industry stakeholders. The database currently includes 156 Australian and 77 International projects.

To be included in the Stocktake, projects must address 14 defined objectives relating to issues with the integration of renewable energy into the grid. Cataloguing projects on the basis of these objectives assists interested parties to identify projects of relevance to them.

Number of project that address each objective 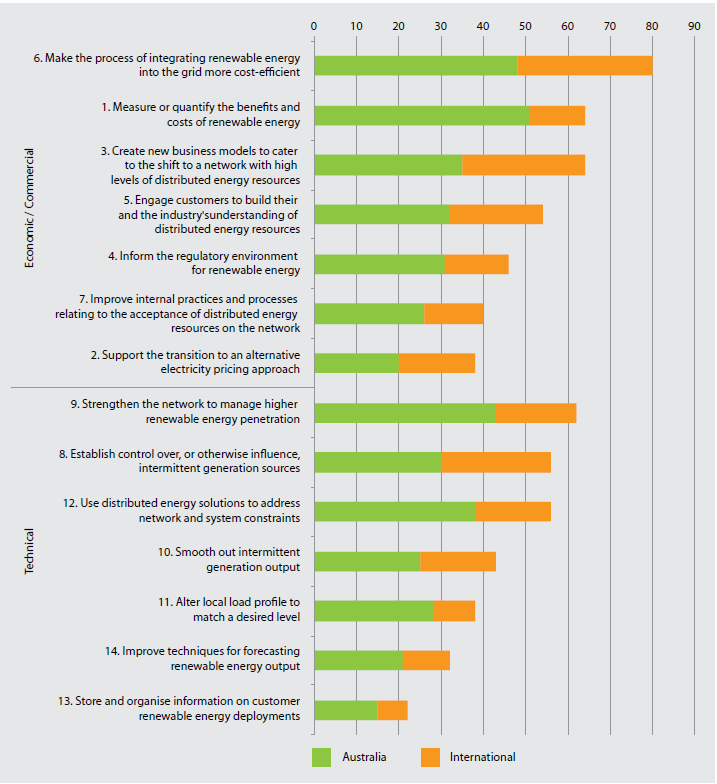 In the most recent update the Stocktake analysis determined the objectives most commonly addressed include: 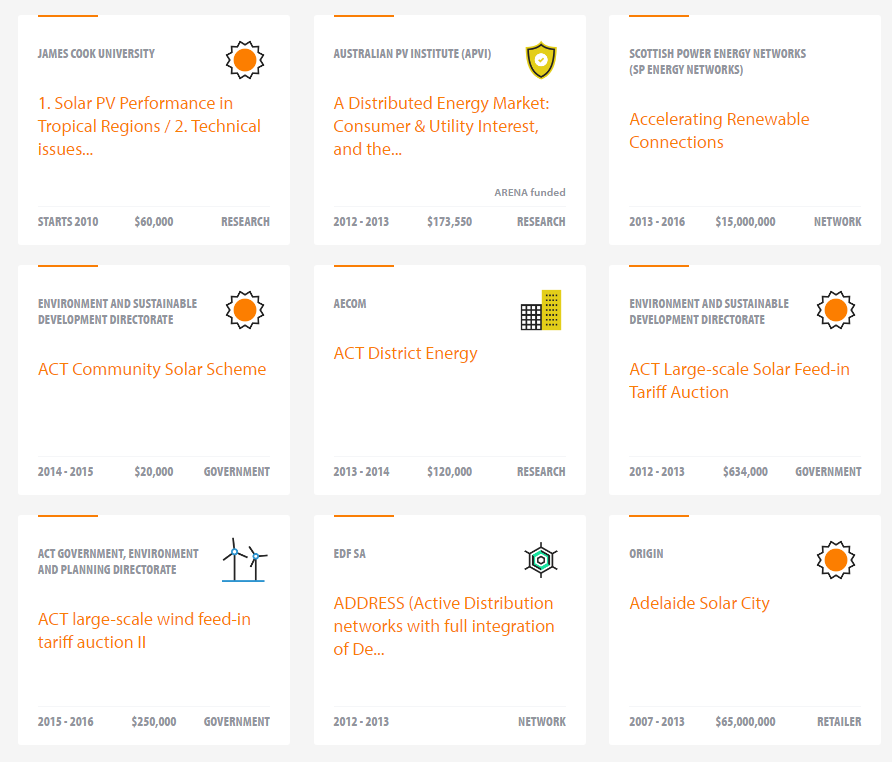 A number of new international projects have recently been added to the database, including the ‘world first’ project, My Electric Avenue.  My Electric Avenue was the first project in the world to focus on how best to manage the local electricity network when a large number of EVs charge in the same street at the same time.

The three-year program used trials to evaluate the impact that charging clusters of electric vehicles (EVs) may have on local electricity networks at peak times. As sales of plug-in cars continue to rise, and as EVs gain ever-larger battery capacities, the trial results show that collaborative action will be needed by the energy and automotive industries to support the growing demand for EV charging in some areas of the UK. The program was a collaboration between SEPD (sponsored), EA Technology (lead); Partners: Nissan, Fleetdrive Electric, De Montfort University, Northern Powergrid, Charge Your Car, Automotive Comms and funded by Ofgem.

Four of the key insights of the trial included:

My electric avenue is just one example of what is contained in the new online Stocktake database. This advance on the database demonstrates how the theory of innovation and research can be transferred into practical improvements in infrastructure, working processes and technology using renewable technologies.

In addition to advanced search features, one of the key benefits of the upgraded database is that it also allows proponents to upload project material, which can then be considered for inclusion.

The Renewables Integration Stocktake database and analysis can be accessed here.