In about 80 days, the Australian Energy Regulator (AER) will make a final decision in its current Review of the Rate of Return Guideline. This decision is set to be its single most far-reaching decision in consumer and investment terms until 2022. Future energy prices will be subject to outcomes in wholesale and retail markets, but, inevitably, investment signals set by the new binding regulatory guideline will impact investments and grid capabilities for decades to come.

Such a critical decision needs to be made with a focus on long-term outcomes, and on what the key evidence says about the costs of financing future network investments. It also requires a focus on the risks to consumers of decisions which don’t reach the best possible estimate of these costs.

The risks to consumers from decisions that do not provide the right investment signals are manifest.

Our energy grid is a critical enabling technology that joins newly empowered customers in homes and businesses with new markets, renewables and storage technologies of the future. The Australian Energy Market Operator’s recent Integrated System Plan highlighted that ensuring upgraded transmission links can deliver around $1.2 billion of customer benefit, compared to scenarios which feature lower investment in a more connected grid. Underinvestment in the gas, electricity distribution and transmission assets that deliver capacity and reliability to consumers is high risk, difficult to reverse, and costly in the long-term.

A further risk to be avoided is guideline outcomes pushing financing costs higher. Increased financing costs arising from pressure from unsustainable regulatory returns decisions on network businesses’ credit metrics have the potential to result in sustained higher future costs to customers. As an example, a small five basis point (or 0.05 per cent) addition to the existing weighted average cost of capital would lead to an increase in financing costs of approximately $250 million over a five-year regulatory period. A more substantial capital market response to an adverse decision, for example flowing from a ‘one-notch’ downgrade in the credit ratings of around 20 basis points (or 0.20 per cent), would equate to a potential increase in financing costs borne by consumers of about $1 billion over five years.

The draft guideline released by the Australian Energy Regulator has proposed the largest single reduction in investment signals for owners of networks ever delivered. This has been proposed despite allowed equity returns already falling by about half over the past decade and strong market evidence previously relied on by the AER pointing to actual increases in cost of equity. The draft guideline sets out clearly that the AER’s proposed risk premium for equity investors fails all but one of five decision ‘cross-checks’. The single test it passes is one the regulator itself labelled as unreliable in its last guideline decision. Using the AER’s own past approaches, the evidence supports at least the maintenance of the cost of equity approaches and values reached in the previous 2013 guideline.

This radical proposal comes as electricity network charges continue to fall across most of Australia and combined network capital investment falls to decade lows, as reported by the Australian Energy Market Commission (See Figure 3.3 below). 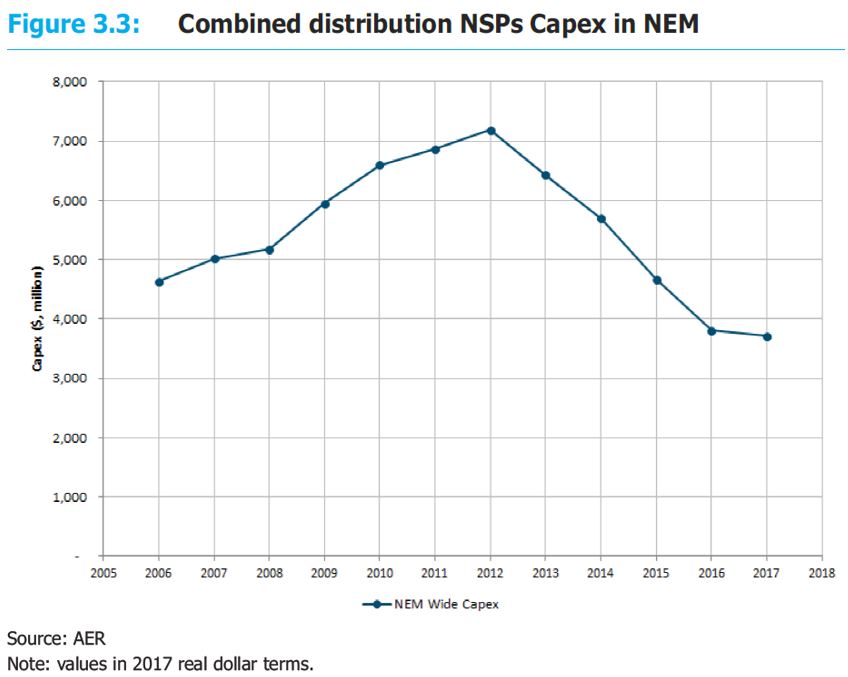 The risk is clearly of regulatory decisions that seek to ‘fight the last war’ and set current and future Australian businesses and consumers up for a cycle of costly future under-investment and still more costly correction. These risks are magnified by the fact that the AER’s proposed approach would take Australian regulatory returns from levels comparable to those of other developed countries, to well below.

If the AER implements the draft guideline without changes, it would be effectively proposing to conduct a ‘live experiment’ on Australian networks and their customers. The question posed by the experiment would be this: what will result from the AER moving from a well-regarded and comparable approach to regulatory risk premium setting, to an approach which offers regulated equity returns below those provided in United Kingdom, New Zealand, United States, Canada and more than a dozen European countries?

This point is reinforced by a stark fact. Within about five years, Australian networks will have gone from having a slightly higher assessed regulatory risk premium than comparable networks privatised some three decades ago under the United Kingdoms’ mature regulatory regime, in one of the most liquid and deep capital markets in the world, to a significantly lower premium (See Figure 1). This outcome sits at odds with most of the AER’s joint experts, who found no such reduction in the relevant risks facing networks. 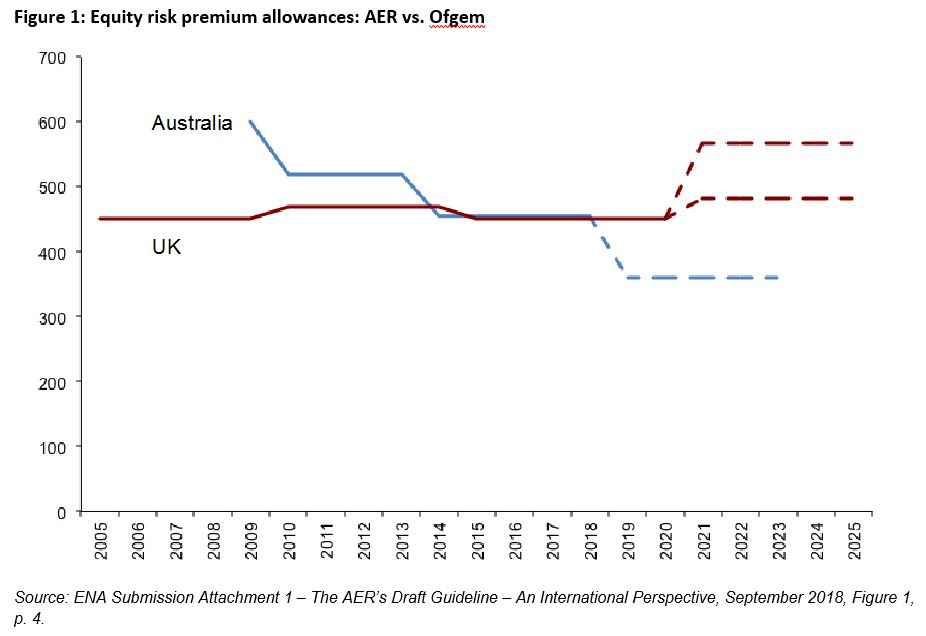 The AER’s independent review panel has been one group that has expressed disquiet over the extremely sharp one-off reduction in proposed regulatory returns in this draft guideline. As the Panel has observed, if the final guideline does not enjoy and win the trust of stakeholders – including networks and capital providers – it will not result in efficient conduct, nor achieve the national energy law objectives.

With stakeholder views in, and the network sector having provided substantial and detailed evidence on reaching the best possible rate of return estimate to support long-term consumer outcome, the focus now shifts to the regulator to reach its binding and irreversible decision. With Australian businesses and consumers still grappling with the sharp price impacts of avoidable investment uncertainty and regulatory risk in the wholesale market, the overriding imperative is clear:  to reach an independent, evidence-led guideline outcome that solves for the long-term, and does not import new risks into the network Australians rely upon every day.

Energy Networks Australia’s response to the draft guideline can be accessed here. 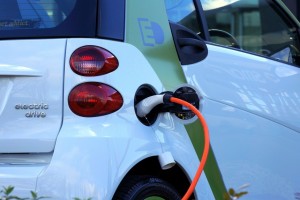 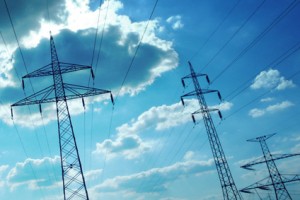