A recent study by Frontier Economics[i] highlights four reasons why gas infrastructure will continue to have a strong future in supplying energy in a decarbonising world.

While the global focus of decarbonisation is on renewable electricity, there is growing recognition that more than just electricity will be needed to decarbonise the mobility and heat sectors, meaning a systems approach will be required. As part of this systems approach, gas infrastructure will continue to play a major role in supplying energy.

The study focusses on the role and potential of gas infrastructure in a climate-neutral Europe. The study considers three scenarios (Figure 1) to achieve the 2050 emissions reduction targets: 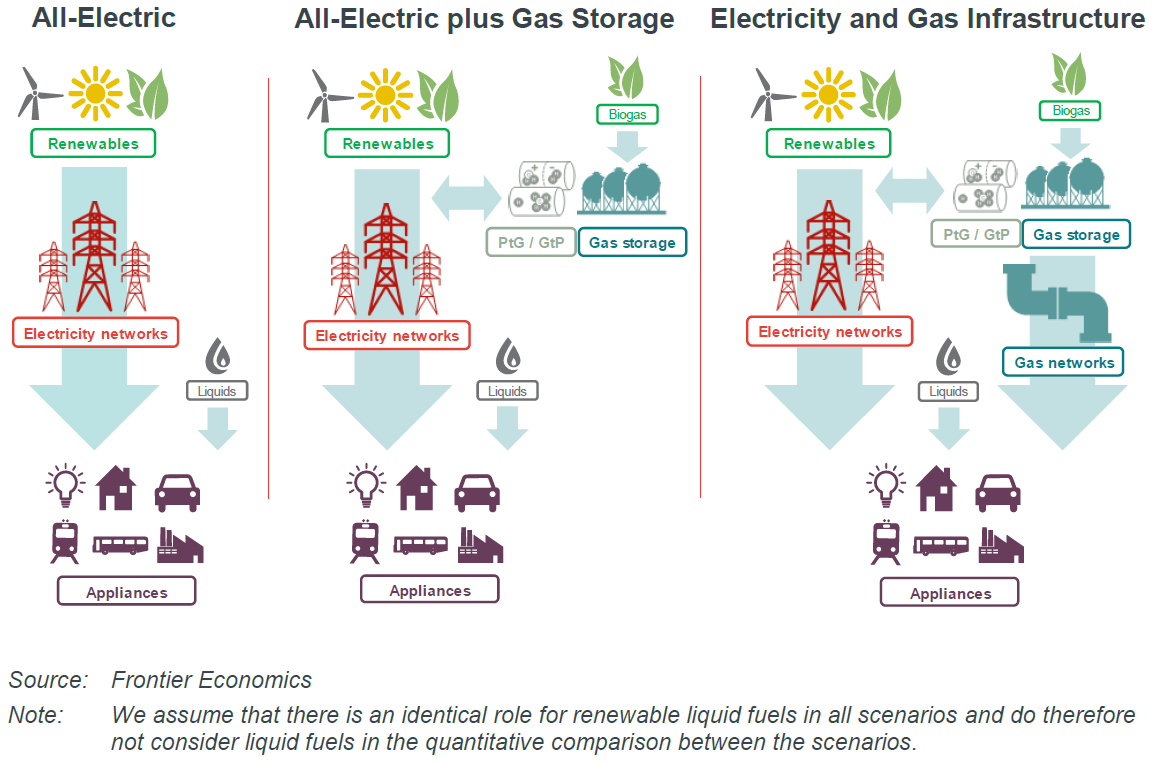 European gas infrastructure has long been in place to help meet the seasonal heating demand in colder months. 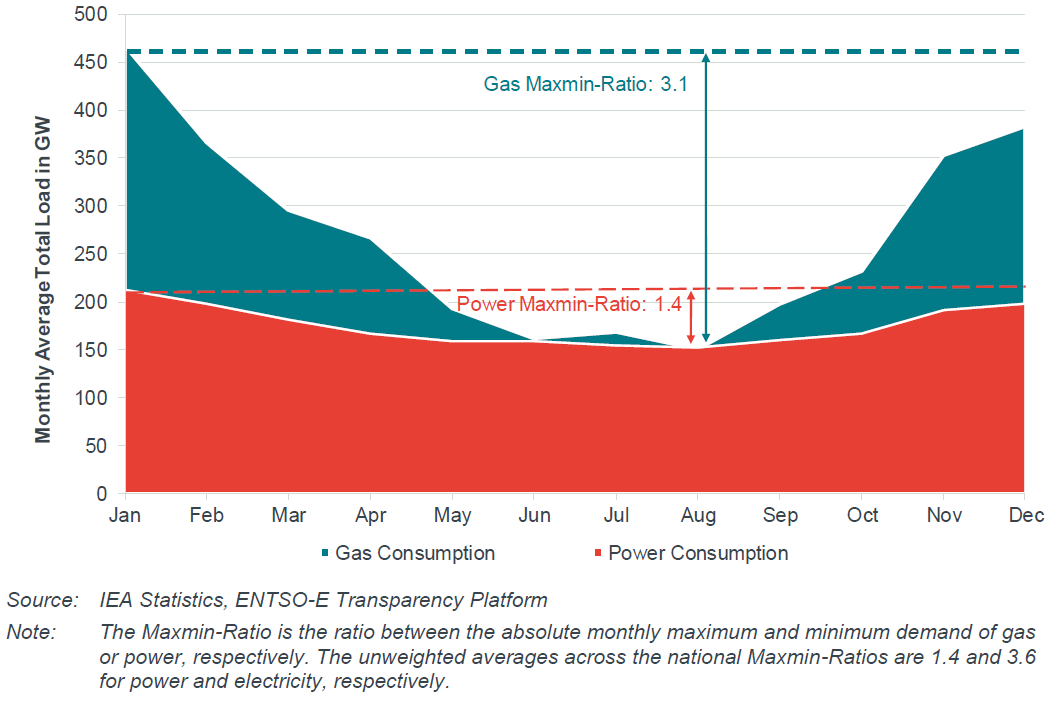 It is uncertain whether a reduction in final energy demand is possible.

Most of this increase would fall on solar PV and wind, as hydro-power is mostly built out in Europe. It has taken Europe close to 30 years to get to the current levels of renewables energy. Installing 20 times the same capacity seems exceptionally challenging. 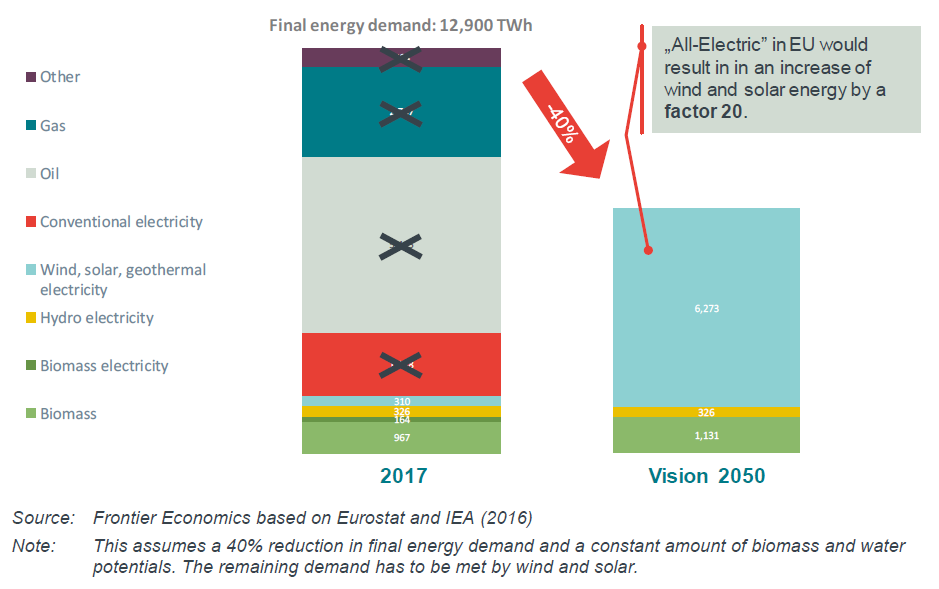 Europe has many gas and electricity interconnectors between countries (Figure 4). In many cases, these interconnectors allow countries such as Denmark to have very high levels of renewable generation, as it has strong interconnections with its neighbours.

The amount of energy transported via gas is at least an order of magnitude higher than carried by the electrical grid. For this to be replaced and possibly expanded to connect the new generation mentioned above would require massive investment in new infrastructure. 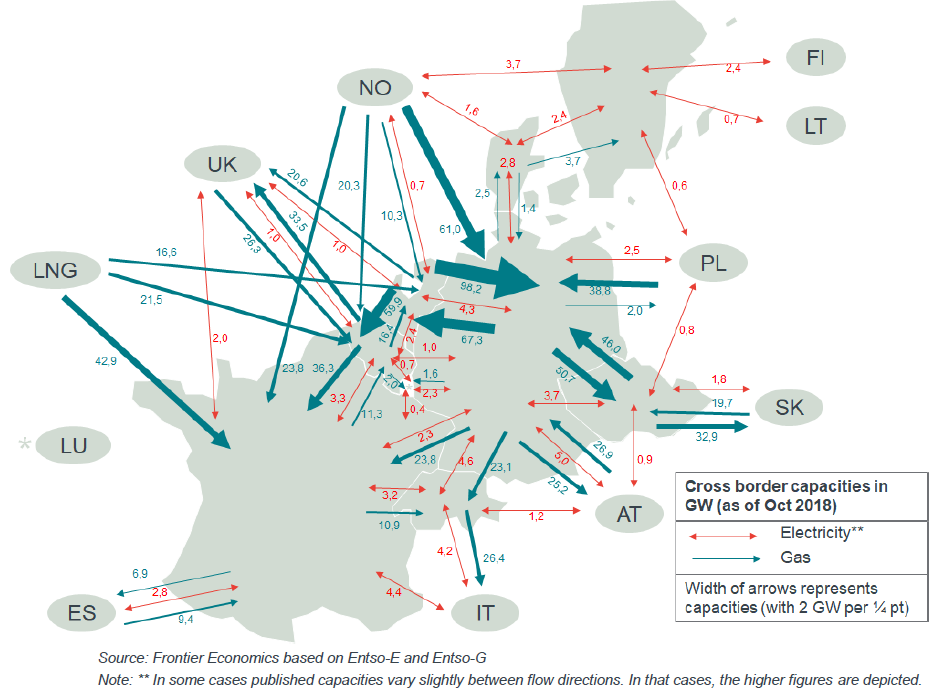 Importantly, gas pipelines are underground and out of sight. They also only occupy a relatively narrow easement of 10 to 20 metres. Transporting the same amount of energy as electricity would require many new electricity transmission lines.

As an example, the OPAL pipeline transports around 42 GW of gas with an easement of 20 metres. To replace this with electricity transmission would require an easement of almost one kilometre.

It makes no sense to replace pipeline infrastructure when the fuel inside the pipeline can be decarbonised.

The seasonal heating load can only be met with energy storage, which is where gas is stored in underground caverns and extracted during the colder months.

Gas infrastructure provides about 1,000 times more energy storage than electricity infrastructure (Figure 5), and this is essential to meet that winter heating demand. 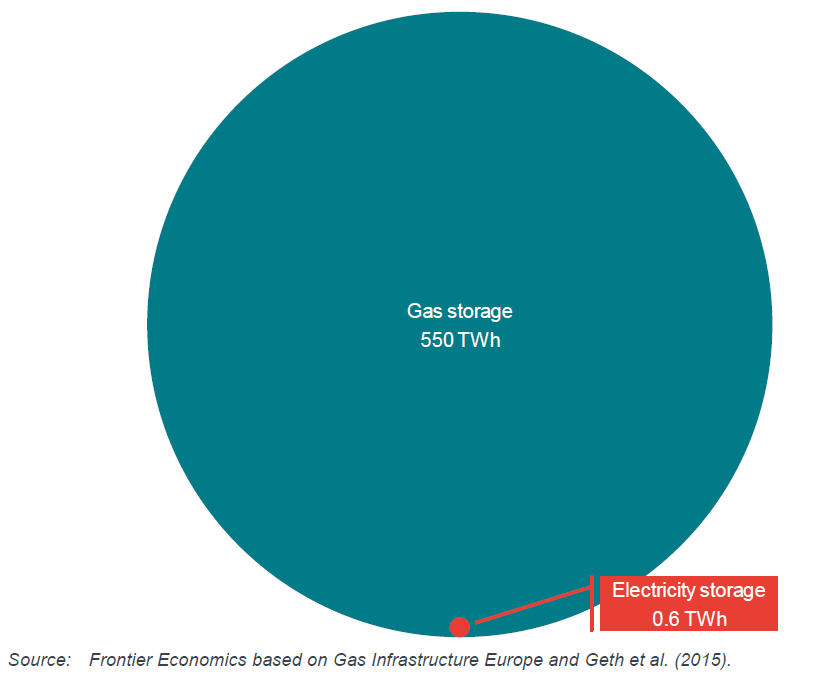 Compared to battery storage, the cost of gas storage is also orders of magnitude lower, due to its simplicity and massive energy storage capacity.

The four reasons outlined for gas infrastructure continuing to be part of the energy supply mix form a compelling argument.

The cost savings associated with continuing to use gas infrastructure make it even more compelling.

Across the eight countries studied, continuing to use gas infrastructure results in estimated annual savings of between €29.5 and €48.6 (AUD48 to AUD79) billion per year from 2050 onwards (Figure 6). This still achieves the same emission target of becoming climate neutral but at a much-reduced cost.

A summary of the outcomes for each country is shown in the table below. 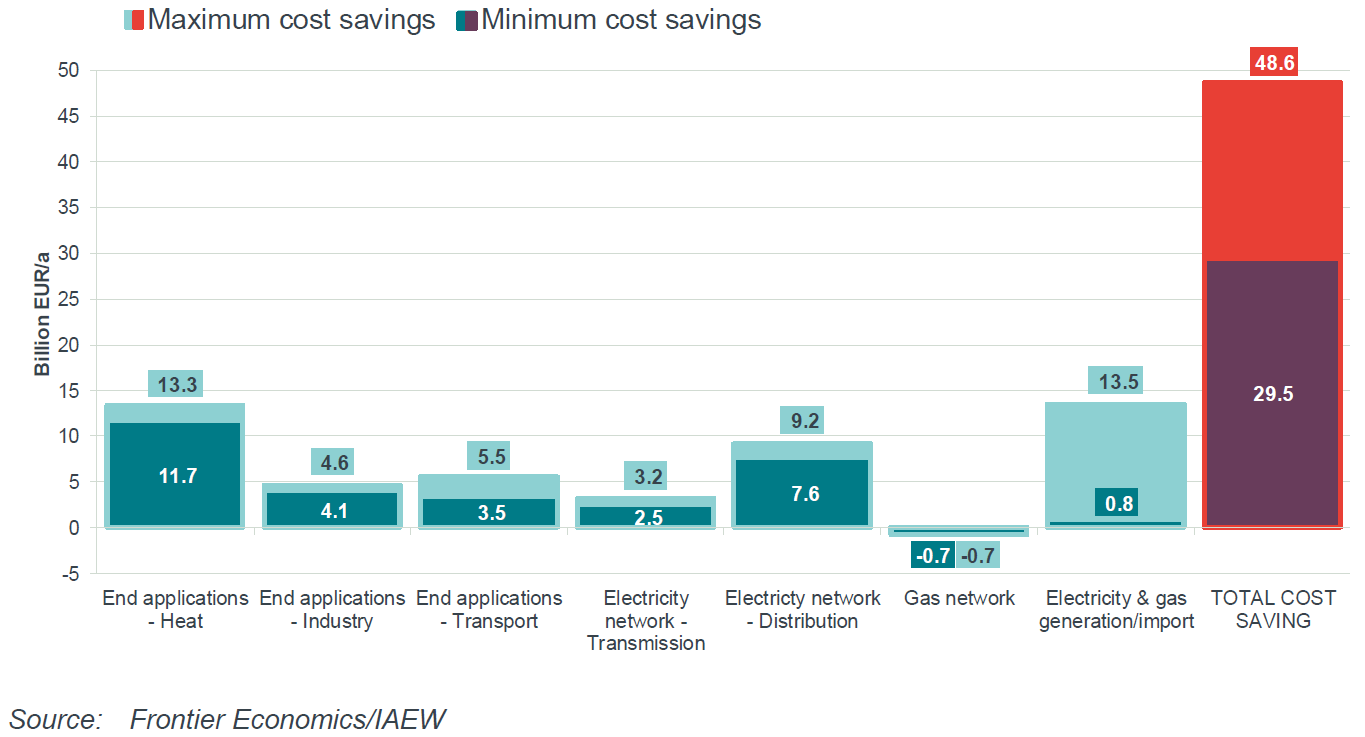 Similarly to the EU, Australia has a large amount of gas infrastructure that helps provide heating during the colder winter months.

It is well worth considering the economic value of utilising this infrastructure to decarbonise the economy rather than adopt an “electrify-everything” approach.

[i] Frontier Economics (2019), The Value of Gas Infrastructure in a Climate-Neutral Europe, accessed from: https://www.frontier-economics.com/media/3120/value-of-gas-infrastructure-report.pdf