Energy networks provide an essential service to almost every household and business across Australia. However, in the eyes of many economists, competitive markets are always the preferred means of delivering services to customers – regulation should only step in to advance the long-term interests of consumers where market solutions are not possible.

Over the past decade, regulators have continually sought opportunities to open new competitive markets for the products and services offered by innovative energy technologies by moving or limiting the services that regulated monopolies provide.

As a result, regulation can end up working against customer interests and lead to outcomes that are contrary to what customers really want. So, what do economists and regulators overlook that sometimes results in such outcomes?

Unlike other tangible household goods or services, such as buying groceries or subscribing to Netflix, energy is an unseen input into household activities. As an essential service, it is more akin to the water network – a service we all expect to operate, but most never want to think about.

Customers don’t decide whether to ‘buy’ or ‘not buy’ energy in the same manner that they decide whether to buy, say, an avocado. When avocados are plentiful, they are highly affordable and when they aren’t, you can still make a decent salad using other tasty substitutes. The same cannot be said of energy as the alternative to cooking or watching TV at home generally comes at a greater cost – in terms of price, time and/or convenience.

Most customers just want reliable power supply at a price they can afford. There are some who monitor their energy usage and watch their solar PV output like a TV, but they are the minority (the empowered 23 per cent shown in the image below). 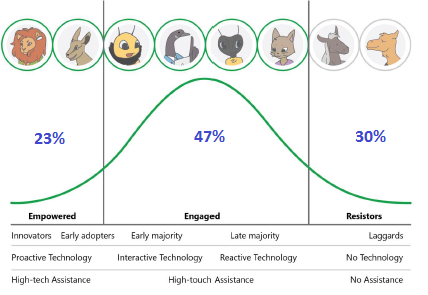 Retail competition – giving customers a choice which company to buy their energy from – was expected to drive the delivery of tariff structures, products and services that customers wanted. However, the expected customer benefits have yet to be delivered because market designers got it wrong on two critical fronts:

1. They assumed that customers always wanted unlimited choice. The theory that customers could (and would) compare hundreds of retail plans and frequently swap retailers, just does not gel with reality. Most customers don’t want to spend their limited free time comparing energy offers and chasing the best electricity and gas deal.

This lack of interest means it is unlikely that the full expected benefits of retail separation will be realised until home energy management systems and smart appliances can make appropriate price and service choices on behalf of customers.

2. They assumed the retail market would not require regulation. In non-price regulated jurisdictions, the result of retail competition was a raft of complex pricing structures and discounting claims that made it hard for customers to compare retailers. Even today, the retail market remains dominated by just three major vertically integrated players (Origin, AGL and EnergyAustralia)[3].

Government intervention led to the Australian Competition and Consumer Commission’s ‘Retail Electricity Pricing Inquiry’. The findings from this review have since resulted in numerous new regulations to improve the transparency of retailer pricing, interactions with customers and, most recently, moves toward price re-regulation.

Any changes must be seamless for customers

Before the ‘Power of Choice’ program, all electricity metering installations and meter reading activities were provided by distribution networks. The customer made one phone call (to the network) and the network arranged for the works to be completed.

The ‘Power of Choice’ program was about “… facilitating consumers move from the “back seat” to the “driver’s seat” – giving them better information and tools to make informed choices about their energy consumption.”[5] The underlying assumption was that most customers are rational economic agents who want to be in the driver’s seat.

A key aspect of the program was removing networks’ effective metering monopoly to facilitate the market-led deployment of advanced smart meters. On 1 December 2017, metering contestability began. The customer would still make just one phone call (now to their retailer), but the work would be performed by up to four different parties (even though the roles in the metering installation and meter reading process were unchanged). 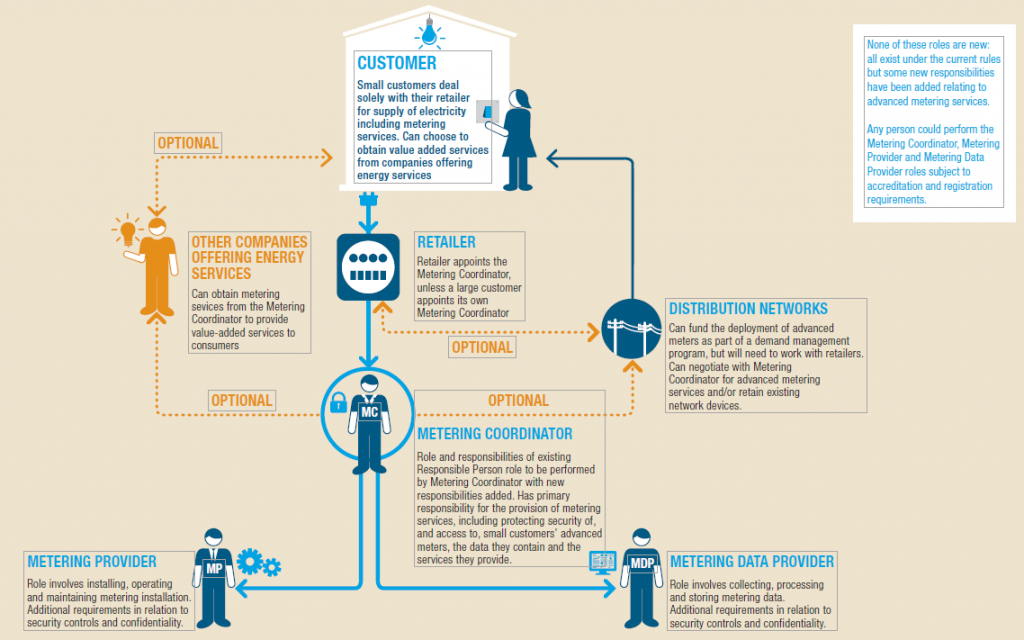 Not surprisingly, the hand-offs regulatory approach and the significant coordination required between the different parties in the new process led to significant delays in metering installations. Complaints began to flood in. Less than four months after the program began, the federal government was requesting a rule change to introduce defined timelines for meter installations. One year after the program was implemented, the new rule was in place.

Customers want their opinions to count

Electricity networks routinely engage with customers and other stakeholders in developing their regulatory proposals and the past few years has seen much innovation in this area. As a provider of a fuel of choice, gas networks have a particularly strong reason to work hard to reflect their customers’ needs in shaping the services they deliver.

While networks spend significant time consulting with customers, to date regulators have not always given due weight to customer views in making their decisions. The most recent example of this was the West Australian Economic Regulatory Authority’s (ERA) Draft Decision on ATCO Gas Australia’s 2020-24 Access Arrangement.

ATCO’s customer engagement program found strong support for its innovation program, including research into clean energy options. However, as there is no requirement for the regulator to consider the findings of customer engagement programs under the existing law or rules, the ERA rejected ATCO’s innovation program, despite there being clear and overwhelming customer support for it[7].

Experience to date would indicate that regulation can sometimes deliver outcomes contrary to customer desires and expectations. To ensure customers are adequately considered in regulatory processes, let’s:

Hear more about how regulators and the energy industry are working to serve customer interests at Energy Networks Australia’s Regulation Seminar 2019 next Thursday, 31 July in Brisbane.