Who competes where, is the wrong question…

A key theme of Energy Networks 2016, held in Adelaide last week, was the need for old debates about the energy supply chain to be replaced with a focus on the customer and how to best serve them.

He told more than 800 delegates at the conference the line between transmission, distribution and retail had become blurred.

“All the old definitions are based on a technology paradigm which is dead – large scale generation, large scale wires, electricity distributed one way – that’s all changed, and what we’re suffering from is that the business models are dead.”

Paul Nahi, President and CEO of Enphase, told the conference that the demarcation of the meter, being where the grid ends, is an artificial creation. He said:

“The reality is that the grid really ends where the load uses the energy. The fact is we need to develop business models that support the whole eco-system.”

“There’s no reason why behind the meter storage can’t be part of a utility solution.”

The Australian Financial Review reported that Energy and Resources Minister Josh Frydenberg had “…backed the networks’ right to offer consumer services…” saying market forces should be allowed to take their course.

“If the networks are going to buy into some of the enhancements that are taking place at the retail end that’s got to be a better outcome for the consumer,” Mr Frydenberg said.

Paul Italiano, CEO of TransGrid, urged energy networks to focus on understanding what the customer needed and developing a compelling value proposition.

“Get right to the customers’ level, understanding what they want, understand what they need, listen to what they’re asking for, and then make your business shaped and work in a way that delivers that. If you do that, then you will generate your revenue within the regulatory framework, and if the regulatory framework prevents you from doing that, then have a chat with the regulator. We’re all interested in doing the same thing, which is delivering what the customer is looking for.”

Merryn York, CEO of Powerlink Queensland, agreed that the industry needed to be focussed on the customer and that cultural change was required to foster thinking about alternative solutions.

Nigel Barbour, CEO of Powerco, the New Zealand gas and electricity distribution network, told delegates the grid will become an “open access platform” enabling competition and the trade of services by new and innovative market participants, “some we haven’t even thought of yet.”

Asked about which entities should own distributed energy resources, Mr Vesey told the conference:

“…it should be owned by the person who has the lowest cost of capital. That may not be the retailer or the distribution business, it might be somebody else… We could have the best technological solutions, and if we don’t have regulation and policy that frames it up, so that you can see it deployed in a profitable way by the market, it’s not going to happen”.

“If the regulator is focussed on the outcomes, we’ll deliver the outcome at the lowest possible cost.”

“Having that flexibility to deliver an outcome, whether that involves new poles and wires, whether it involves grid-side storage or whatever it may need, leave that for the industry to come up with. We will deliver it as a low cost outcome for the customer.” 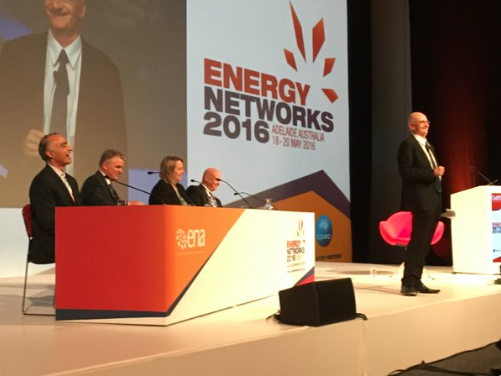 Energy Networks Association CEO, John Bradley, told conference delegates that customers – not utilities –were likely to be responsible for up to $400 billion or 40% of expenditure decisions by 2050.

“No one – not Governments, regulators or industry — will be able to ‘command and control’ our way through a transformation being driven by millions of customers and market participants. We can ensure the right incentives are sent to market decision makers.”

Energy Networks 2016 demonstrated the changing nature of the grid, and saw daily announcements about new partnerships between networks and market participants. For instance, SA Power Networks announced  it will deploy Tesla and Samsung batteries, teaming up energy management software provided by Reposit Power in Australia’s largest trial of combined solar and energy storage in an established suburb to defer network expenditure.

“In the next few years we will need to act to meet localised demand growth in Salisbury. We want to work with customers to avoid the need to invest in new poles and wires. Instead of building a new power line, we would like to see whether we can defer or avoid that by tapping into local solar PV generation and combining this with energy storage.”

More insights from participants in Energy Networks 2016 can be viewed here. 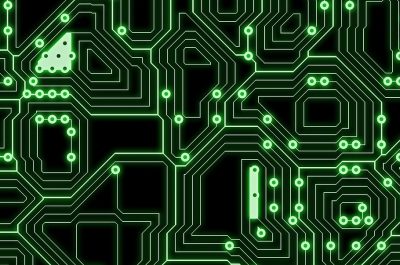