Natural gas is a vital part of the UK’s economy. It provides more than 80 per cent of the country’s heating, about 30 per cent of electricity generation and is an important feedstock for manufacturing[i]. 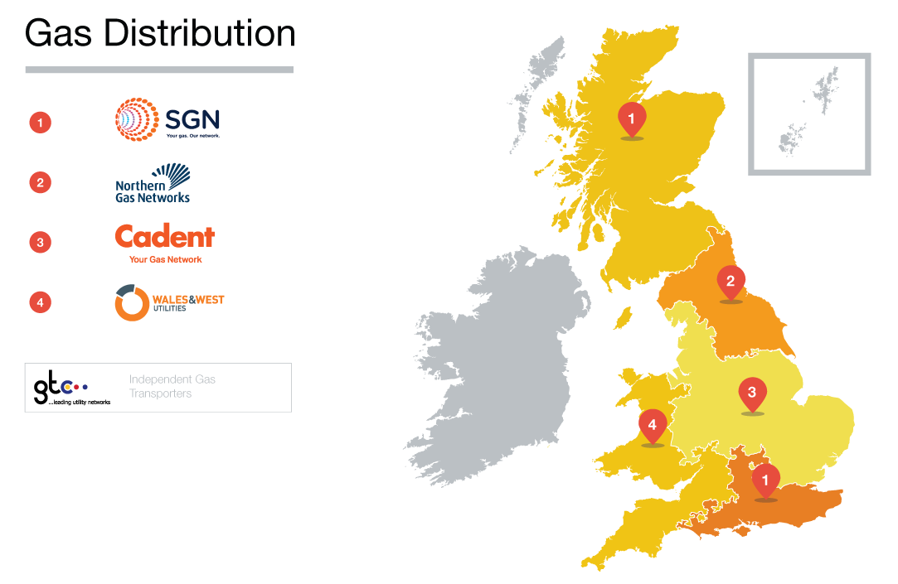 The importance of gas to the UK, the nation’s increasing reliance on imports and the recent decision by the Government to legislate ‘net zero’ emissions by 2050[ii] are all contributing to their pursuit of hydrogen to replace natural gas in networks.

The UK approach to hydrogen

One of the key studies referred to in the hydrogen industry is the H21 Leeds City Gate project.

The study showed how a whole city could be converted to hydrogen and identified that most of the perceived technical barriers could be overcome. It provided details regarding conversion of networks, appliance design and a commercial model. It was extended to develop a blueprint for converting all of the UK’s gas networks.

Blending of hydrogen in gas networks is part of the plan. The HyDeploy program is vital in ensuring that this blending can be done safely. Through the program, a range of gas-assets (for example valves, t-junctions, end-plates) has been collected from the field and tested with hydrogen.

The researchers reported no evidence that hydrogen leakage was higher than the equivalent methane, in terms of energy content. These reports indicate that using hydrogen in these assets is no riskier than methane.

More than 200 assets are being tested to develop a broad data set of operation in the UK gas network.

The second part of HyDeploy is to test a hydrogen blend in a live network. The University of Keele was selected for this test as it has its dedicated network where changing the gas blend won’t impact the broader system. Testing these assets was a preliminary step before introducing a blend of 20 per cent hydrogen in the networks at Keele University.

Injecting of hydrogen started in January 2020, and the gas is being used to heat homes and businesses. 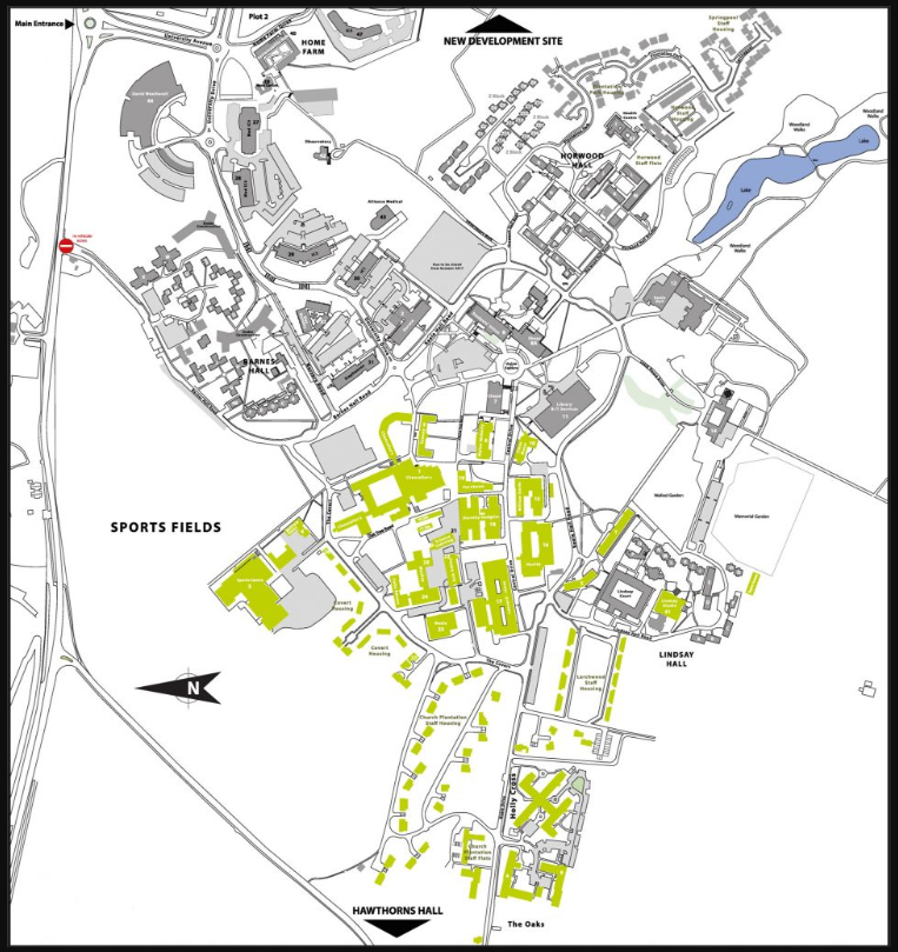 Another project that followed from the H21 Leeds project is Hy4Heat. This program is to establish if it is technically possible, safe and convenient to replace natural gas (methane) with hydrogen in residential and commercial buildings and gas appliances. The results will enable the government to determine whether to proceed to community trial. The program comprises ten work packages and has been running since 2018. 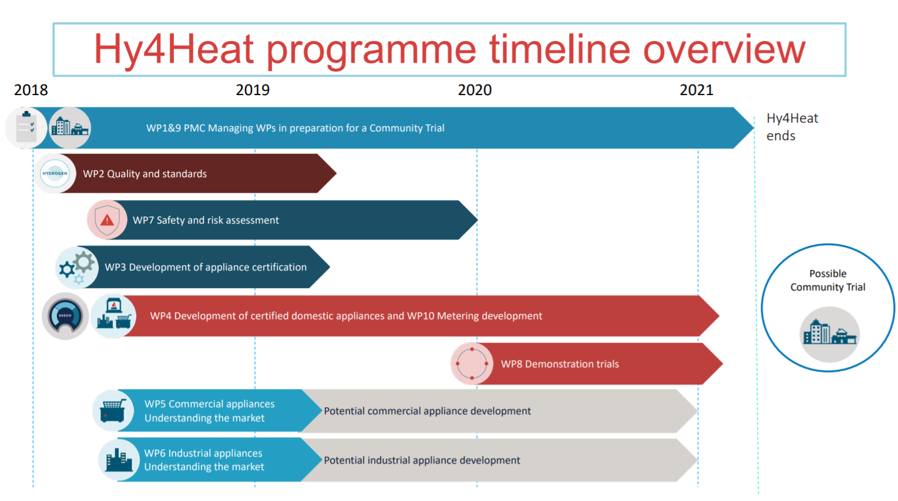 The domestic work package is developing appliances that operate on hydrogen. Progress is well underway, with many appliances under development that can operate on both hydrogen and natural gas. One recently announced is a hot water system. 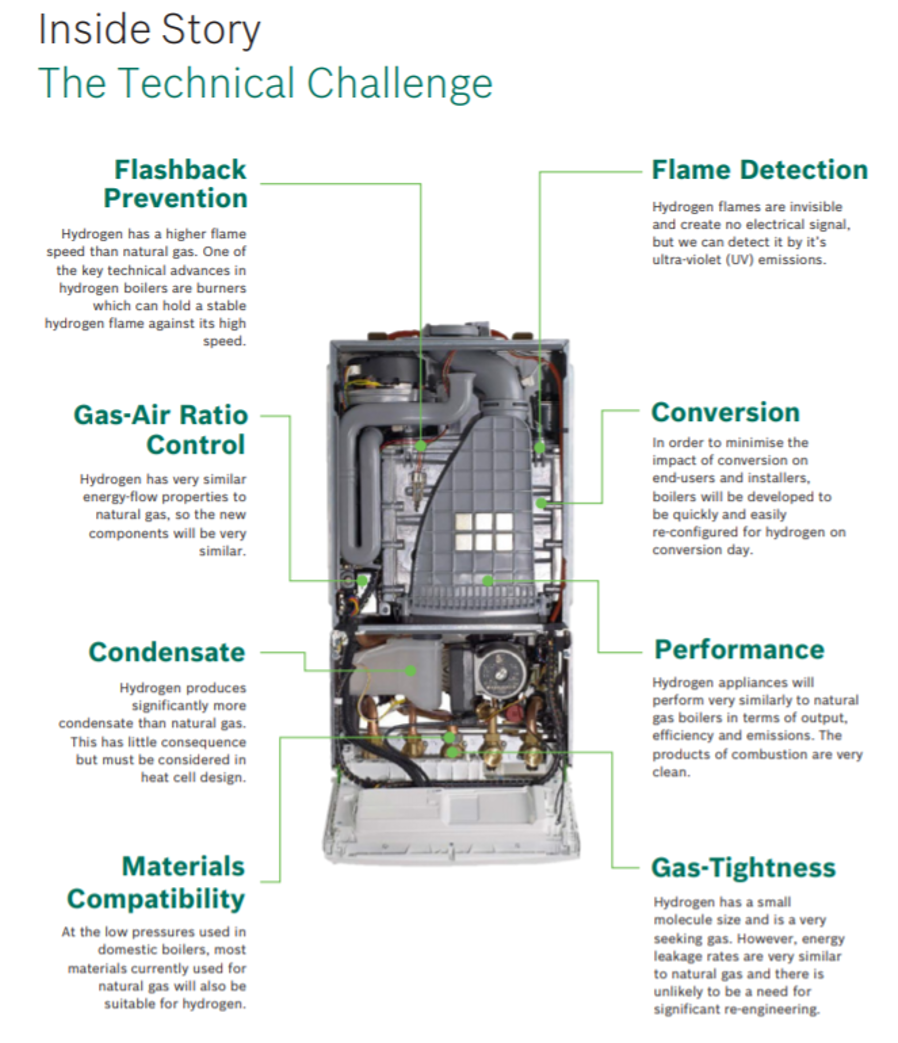 While the H21 Leeds City Gate study was groundbreaking, it is unlikely that conversion of Leeds to hydrogen will be an initial project in the UK. Instead, the likely focus will be on industrial clusters.

There are a handful of clusters around the country that are well-positioned to lead the introduction of hydrogen. The prime candidates have gas coming onshore, a strong industrial base, and are close to suitable geology for carbon capture and storage.

In the early development of the clusters, hydrogen will be produced from natural gas with the produced CO2 stored in nearby geological reservoirs.

The role of gas networks is vital and provides additional flexibility to the industrial clusters.

As new hydrogen production capacity is built, it can be blended into the distribution network at levels up to 20 per cent. As more hydrogen becomes available, local networks could be converted to operate on 100 per cent hydrogen. 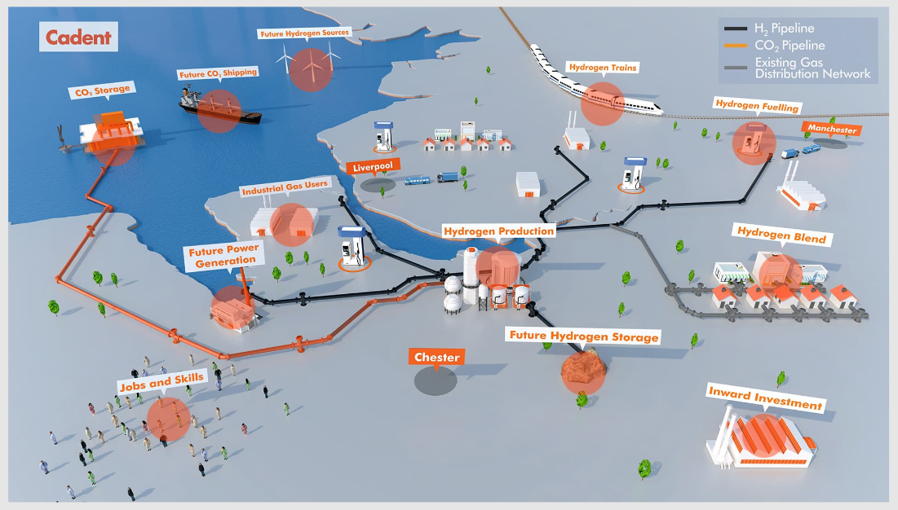 Natural gas is seen as an early fuel source to produce hydrogen, with renewable hydrogen (whether produced domestically or imported) taking a larger role as it becomes commercially competitive.

Fuel-cell vehicles can be purchased in the UK and the number of refuelling stations increasing all the time.

The UK is taking a different approach to Australia on hydrogen use.

It is advancing hydrogen on many paths, including developing hydrogen appliances for domestic and commercial users, testing gas distribution and transmission assets and developing industrial hydrogen clusters.

The UK is accelerating quickly.

One of the main differences between the two countries’ approaches is the UK is looking towards importing hydrogen, while Australia is focusing on export opportunities. 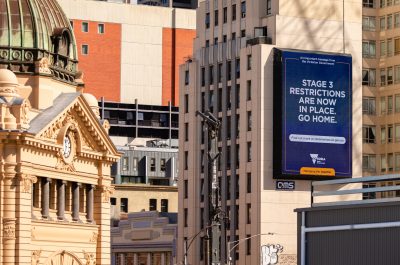 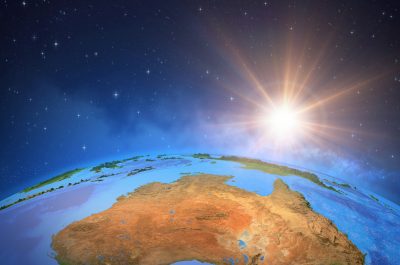