A Royal Commission into privatisation?

Public Relations 101 dictates that the easier messages are for the public to understand, the stronger they resonate. Unfortunately, in an effort to get that all-important cut-through, facts are sometimes casualties – especially in political debate. Never has this been more obvious than in the storm engulfing energy and most recently, in commentary blaming privatisation for increases in power prices.

The reality is privatisation has delivered good results for customers. An analysis of prices and energy reliability pre and post privatisation makes a strong case for having privately owned energy networks. So let’s look at the facts.

In the past decade, power prices have increased at double the rate of inflation. The recent comprehensive investigation into retail electricity pricing by the ACCC, as have other reviews, attributed this to a range of factors:

Privatisation was not cited as a cause of higher prices.

Privatisation facts on price and reliability:

The network component of overall power prices paid by customers makes up about 40 to 55[1] per cent of the bill.

Across the NEM, residential electricity prices began increasing significantly in 2007 and by 2012 there had had been four to five successive years of increases that in several jurisdictions were 10 per cent or more annually[2]. The reasons for these increases included under-investment under previous regulatory frameworks, the need to replace or upgrade aging infrastructure, growing peak demand, increases in labour and material costs, as well as increases in cost of capital as a result of the Global Financial Crisis. By 2012, electricity prices had become a national issue and network charges had been identified in the media as the main driver behind the price increases.

However, in Victoria, network charges for the physical delivery of electricity and related services remained consistently cheaper than other parts of the bill. In 2011-2012, when energy prices spiked, network costs accounted for $490 of the average bill, in comparison with $950 worth of retail/wholesale and green scheme costs – almost double the network component.

By national standards, network charges in 2011-2012 made up $695 of the national average bill, leaving Victorian customers in their privatised market on average $205 better off. As the ACCC report demonstrated, what growth there has been in network charges in Victoria over the last decade has been almost solely due to the costs of the smart meter rollout.

Victorian distribution businesses are among the most efficient and cost effective in the national electricity market according to the Australian Energy Regulator’s (AER) latest annual benchmarking[3].

Similarly in South Australia, charges from the privatised networks were consistently lower than ‘other charges,’ with a noticeable drop from 2014-2015. Wholesale, retail and environmental costs continued to rise above network charges, with South Australian customers paying on average an extra $455 for charges not related to poles and wires.

Assertions have also been made that the privatisation of services previously provided by Governments has led to declining service levels. The facts also debunk this myth.

The System Average Interruption Duration Index data (SAIDI) is a key indicator of reliability. Figure 3 describes the number of minutes per year that an average customer was off supply. This is what customers understandably care about – how long they’ll be without power.

Victorian customers can expect – from their fully privatised electricity networks – less minutes with the lights off each year than the national average.

Australia’s energy woes and high power prices cannot be blamed on the privatisation of energy network businesses. History shows that while network costs have risen in the past, retail and wholesale costs have driven more recent price increases. Network charges in privatised energy distribution and transmission markets have been among the lowest in Australia while delivering strong service and reliability outcomes.

It is challenging that privatisation and deregulation are so regularly linked in public discourse on energy. While competitive energy markets, both wholesale and retail, are under scrutiny, that doesn’t prove anything regarding private ownership. In the heavily regulated network sector, deregulation and competition aren’t relevant at all.

From its recent report, the ACCC’s headline network-related recommendation, writing down regulated asset bases, excludes Victorian and South Australian networks. Indeed when asked if the report proved privatisation had failed, Chair Rod Sims said that the privately owned networks were the most efficient in the country and “there is no doubt that privatisation has worked with poles and wires.” 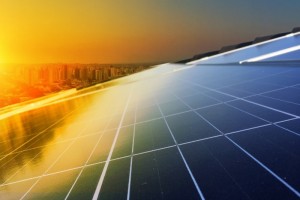