With the increased focus on hydrogen as a clean energy solution, so have the myths about it grown. These red herrings offer only selective information and are designed to promote the case that hydrogen is not an effective energy source. Today, we dispel seven of the most common of these myths.

Hydrogen is the simplest element on the periodic table and the most abundant in the universe – and yet it is the focus of much debate and misinformation.

Today, we will dispel seven common hydrogen myths. There are many more, but our focus is on those relating to gas distribution networks.

Myth 1: You cannot use gas infrastructure due to hydrogen embrittlement.

There are many claims that existing gas pipelines and networks cannot be used with hydrogen due to potential embrittlement of the steel.

This is a major overstatement and relates to the potential for accelerated fatigue-crack growth in transmission pipelines using hydrogen compared with gas – referred to as hydrogen embrittlement.

But this is misleading.

In its review of a report by Infrastructure Victoria, GPA Engineering[i] notes:

“…many pipelines in good condition, made from modern steels, will be compatible in their current form, while some old assets with poor steels may have issues due to low toughness.”

Furthermore, the report notes that distribution networks will be hydrogen-compatible due to low pressure applications and design factors.

So yes, gas infrastructure can be repurposed, and in doing so will reduce the cost associated with decarbonising gas.

Myth 2: At one third the energy density of gas, the network can’t deliver the energy required.

Hydrogen has a much lower calorific value than natural gas – around one third of its value. Some have claimed that due to this lower energy density, the network cannot deliver the same amount of energy required.

“… for the gas network in the area of conversion (including pipes and pressure reduction equipment), that the MP [medium pressure] and LP [low pressure] networks could supply the volume of hydrogen necessary to meet the energy requirement in a 1 in 20 year peak hour/ peak 6 minute demand with relatively ‘minor’ additional infrastructure.” (pg 92)

Furthermore, as homes become more energy efficient, the amount of energy that needs to be delivered will decrease, further supporting the argument that existing networks will be able to deliver the energy required when switching to hydrogen.

Myth 3: You need six times as much renewable generation to use hydrogen for heating.

There have been several “assessments” carried out to calculate the amount of renewable generation required to provide space heating via either heat pumps or hydrogen. A popular myth is that far more renewable generation is needed for hydrogen compared with heat pumps. An estimate[iii] for the UK showed that 6.5 times the current installed wind generation capacity would be required to replace existing gas heating with heat pumps, but 40 times this capacity to convert heating to hydrogen. A factor of nearly six times more, or 600 per cent.

But this is wrong.

A new report by the UK’s Gas Goes Green[iv] program adopts a systems approach to energy in the UK. This considers seasonal demand and seasonal variations in wind generation and concludes that a system with hydrogen will require less than 1/3rd of the installed renewable generation capacity compared with a fully electrified system. Similar calculations to this continue to show major benefits from utilising existing gas infrastructure. 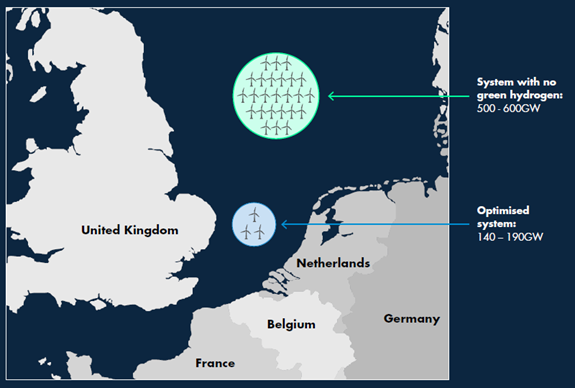 This myth has two different forms. Firstly, that a lot of water is required to make hydrogen, and secondly that seawater can’t be used.

The chemical reaction for hydrogen production from electrolysis shows that 9 kg of water is required to produce 1kg of hydrogen. In practice, this is more like 15 liters of water instead of 9kg. Under the strong hydrogen export scenario – outlined in Australia’s National Hydrogen Strategy[v] :

“Water consumption [for hydrogen] in 2050 in Australia may be the equivalent of about one-third of the water used now by the Australian mining industry.”

That is undoubtedly a lot of water. But Australia’s water accounts[vi] show that use by the mining industry only represents 1.6 per cent of Australia’s total water consumption, with agriculture using more than three times that. 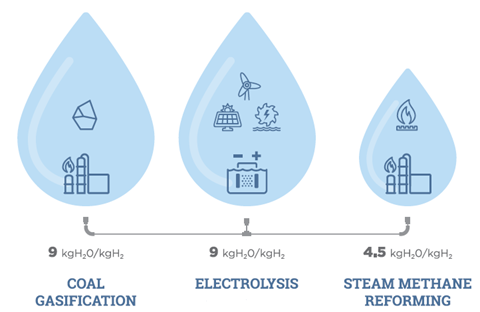 Seawater can be used to make hydrogen but this water must be purified first to remove the salts and ions that can otherwise degrade the performance of the electrolyser. This comes at an additional minor cost – likely to be less than five cents per kilogram of hydrogen (Australia’s National Hydrogen Strategy, pg 12).

A recent report by Cornell University[vii] found that emissions from blue hydrogen could be greater than emissions from coal. The researchers used very pessimistic assumptions about the efficiency of carbon capture and modelled unreasonably high leakage rates of natural gas to increase emissions associated with gas leakage. These are not representative of measured emission rates and do not align with the assumptions adopted in the scientific approach to climate modelling used by the International Panel on Climate Change

Hydrogen and natural gas are both odourless gases. Natural gas is odourised with the familiar rotten egg gas smell as a safety measure before being pumped into the gas distribution network. Similarly, hydrogen can be odourised using the same odorants (GPA Engineering, pg 6).

So yes, hydrogen can be odourised.

Myth 7: Hydrogen burns without a flame

The myth promulgated here is that hydrogen, unlike gas, burns with an invisible flame. This is partly true. Many pure hydrogen flames have a very pale blue flame colour that is difficult to see during daylight. This is a concern for those applications where the flame visibility is important, such as cooking. In practice, hydrogen flames on cooktops burn with a bright orange colour, which has been attributed to impurities in the air or fuel supply. Hydrogen delivered via networks will not be ultrapure grade hydrogen burned with ultraclean air and this will result in a visible flame. This has been demonstrated on hydrogen BBQs and also in the hydrogen homes in the UK – at HyStreet (see below). 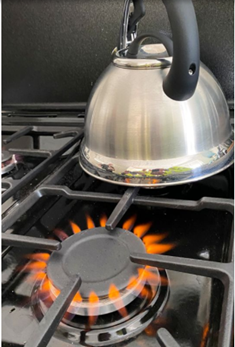 “As outlined in the report, in certain conditions, the visibility of hydrogen flames is limited. However, manufacturers of domestic hydrogen gas appliances in Work Package 4 (WP4) have developed designs to overcome this without the need for a centrally added colourant.”

The level of interest in hydrogen has grown significantly in recent years. This has resulted in increased research and demonstration activity but also increased criticism. Unfortunately, in many cases, these criticisms are overstated and over time, can achieve myth-like status.

There is a lot of work that needs to be done to make hydrogen a commercial fuel for mobility, heat or industry. Addressing some of these recurring myths will ensure policy makers are provided with balanced information to make fact-based decisions in the best interests of customers.

[iv] Gas Goes Green (2021), A system for all seasons – a holistic approach to decarbonisation 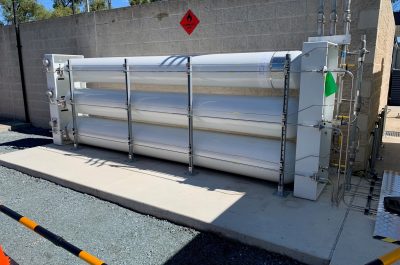 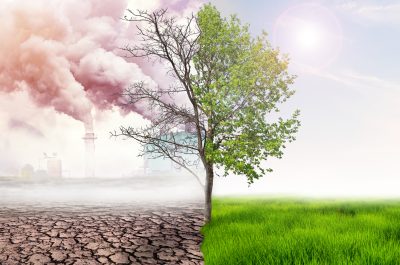 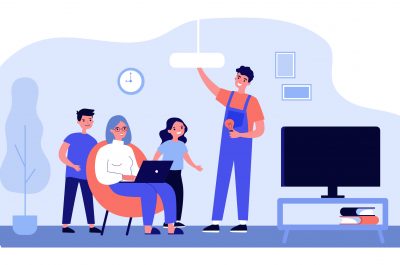 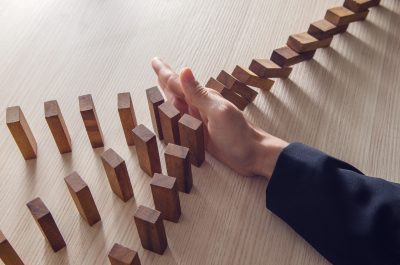