Not the roadmap we were looking for

Despite a significant investment of taxpayer funds, many hundreds of hours of engagement and 287 written responses to its consultation round, Victoria’s Gas Substitution Roadmap underwhelms. By focussing simply on expanding incentives to electrify households, it misses the opportunity to genuinely explore pathways to decarbonise gas. We take a deep dive into the report.

In May 2021, many of us were invited to participate in the development of Victoria’s Gas Substitution Roadmap. The intention stated was:

… the Victorian Government is exploring sustainable alternatives and pathways for the gas sector to transition to net zero emissions by 2050 and is developing a Gas Substitution Roadmap over the course of 2021. (emphasis added)

The initial reference to “substitution” suggested a pre-determined outcome focused on switching off gas, rather than the main issue of addressing global emissions.

The final document confirms this bias for households, supporting full electrification of household gas load. This is bad news for the 70 per cent of Victorians who rely on gas in their homes for heating and cooking. No-one should be under any illusion that switching off gas would be easy or the least cost outcome for customers.

The roadmap claims its key feature is to promote consumer choice. In fact, enabling choice, more choice or promoting customer choice is mentioned 20 times in the document. However, as shown below, the five main changes it advocates are all aimed at reducing choice of fuel type and supporting electrification of household gas use. But will these make any meaningful impact on reducing emissions? 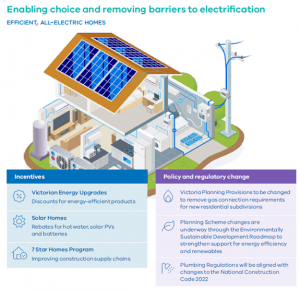 The proposed changes to the Victorian Energy Upgrades (VEU) increase the incentives for electrical appliances and remove those for gas appliances when replacing these appliances. The stated intention of the VEU is to cut power bills and reduce emissions.

This proposed change does not recognise the emission reductions available from replacing old inefficient appliances with new gas appliances. Given Victoria’s electricity is still mostly produced from brown coal, it is a major shortcoming that the VEU does not have a requirement to demonstrate emission reductions from the appliance changeover. Instead, emission savings from electrification just seem to be assumed, rather than proven.

Customers connect to gas because that is their preferred choice. There are already all-electric homes in Victoria so claiming the planning provisions are a barrier is questionable.

Retiring Victoria’s 6-star variation and moving to a 7-star system for new homes increases the energy efficiency of those homes. This aligns with the changes already being progressed in the National Construction Code 2022[2]. Energy Networks Australia supports the housing sector’s transition to net zero emissions, and supports a technology neutral approach that values actual emissions at time of use and location as the most effective way to achieve this.

Overall, the changes incentivise customers when they are replacing appliances, renovating or building a new house to use electrical appliances instead of gas ones. It is unclear whether these incentives will influence customers to switch away from gas. The opportunity of switching from gas is when an appliance breaks down, and at that point a like for like replacement is common. Given the life expectancy of gas appliances between 15 to 20 years, these changes are unlikely to lead to significant moves from gas in the short to medium term, but more importantly they are even less likely to reduce emissions.

Unlike industry’s commitment[3] to net zero as noted in Gas Vision 2050, the roadmap  does not align with the need to transition the gas sector to net zero emissions by 2050. 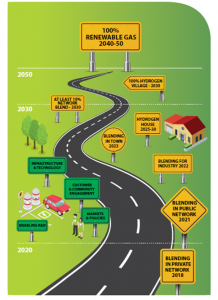 The roadmap also potentially delays emissions reductions as natural gas usage in homes continues to be a lower emissions option compared to electrical appliances and switching to electricity will increase emissions[4] – at least until Victoria reduces its reliance on brown coal for generation. The detailed assumptions and modelling for the roadmap that estimated emissions savings from the proposed changes have not been released.

Putting the incentives into context: 15 years for a new benefit from estimated energy bills savings

The new range of incentives appear justified by the estimated energy bill savings outlined in the roadmap. Modelling emissions and bill outcomes of appliance choices is a challenging task and dependent on many variables such as emission intensity of the grid, appliance efficiency, tariffs, whether solar PV can be used, etc.

The claimed cost savings for electrifying an existing home may be persuasive for customers. But in reality, they are ambitious at best and misleading at worst. Referring to the Embracing electricity to cut your bills at home factsheet[5], would indicate the average home could save $1,250 on energy bills a year by switching from gas to electricity. This includes additional solar savings of $230 per year. But it is unclear how those savings have been calculated. Analysing the numbers shows that in spending $18,400 on new appliances, a customer might get $2,900 back through new Victorian Government incentives. It would take 15 years of those savings to pay back the extra costs for those appliances.

Those costs are also incomplete as they do not consider potential upgrades to the wiring in the home, nor the potential repairs from switching to electrical appliances. They also do not recognise other physical limitations, for example the space needed for a hot water heat pump compared with an instantaneous gas hot water heater.

Unfortunately, the detailed modelling supporting the roadmap has not been released so it has been difficult to validate these numbers.

Transparency is critical for good decision-making. Without the ability to openly test and debate the assumptions, inputs and processes that underpin modelling outcomes, there is an increased risk that the resulting decisions give rise to future regrets.

The roadmap refers to extensive modelling to justify the proposed incentives and the changes to policy. Many requests have been made for the release of this modelling, but it has yet to be published. Broader engagement on the emissions and cost outcomes from the modelling would lead to improved assumptions and inputs that could contribute towards exploring sustainable alternatives and pathways for the gas sector to transition to net zero emissions by 2050.

We need a better roadmap

More than two million homes (servicing approximately five million Victorians) are serviced by Victoria’s gas networks. Industry has been leading the development of renewable gas options to reduce emissions from gas in a cost-effective way while maintaining energy security. This is a challenging task requiring a collaborative approach from governments, customers and industry.

The best and least- cost way to achieve net-zero is to repurpose the existing gas pipelines and networks that supply these homes to provide clean renewable hydrogen and biomethane and develop our renewable electricity grid.

The sheer scale of the energy transformation demands a mix of solutions – including electrification and renewable gas – not a single solution.

By retaining diversity of energy supply we can ride through droughts in renewable generation and retain customer choice.

The challenge is to find the right mix of these solutions to reach net-zero emissions in a way that ensures the reliability and security of the whole energy system and minimises costs to customers across all energy sources. 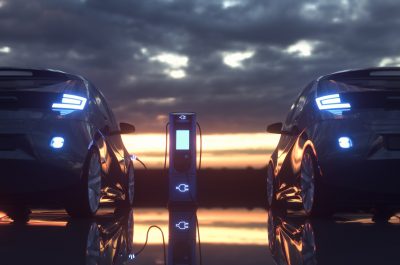 EVs and the grid: International insights for Australia 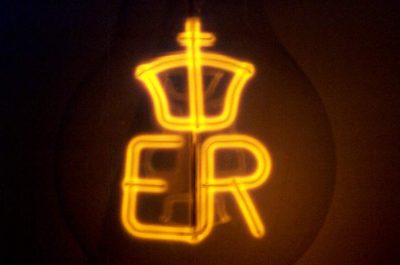 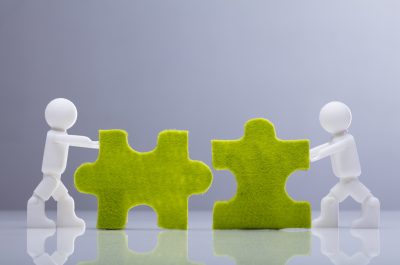 Seeing Green in the Greensync sale 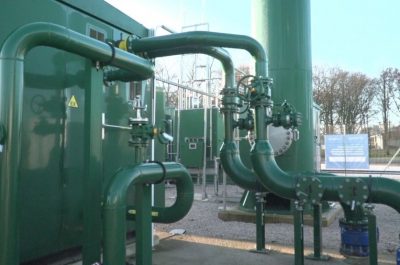