A coalition of representatives of Australia’s emerging electric vehicle (EV) market, including TransGrid, AGL Energy, and Ergon, convened by ClimateWorks Australia, have released The Path Forward for Electric Vehicles in Australia in response to the Federal Government’s Vehicle Emissions Discussion Paper, which aims to develop strategies to reduce Australia’s greenhouse gas emissions from the road transport sector.

The coalition argues that EVs can provide cost-effective emissions reductions in an increasing range of applications.

Research shows that uptake of electric vehicles, when linked to a cleaner supply of electricity, can provide emission reductions of 16 and 47 per cent in the Passenger and Light Commercial Vehicle segments by 2050.[2]

The report suggests that the lack of EV model choice and supporting infrastructure, and the relatively high purchase price of EVs – supply and demand factors – is limiting the uptake of EVs in Australia relative to other countries and proposes measures to support EV adoption. 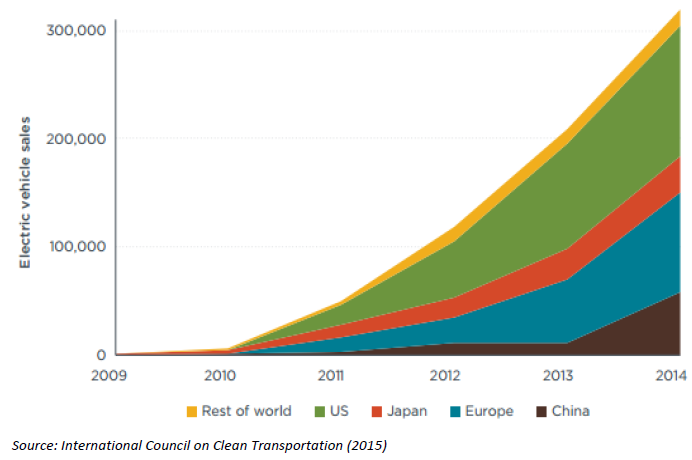 In the Netherlands, Norway, Sweden and the United States, EVs make up more than 1% of total new car sales, while in Australia EV sales make up less than 0.09% of the market.[4] Forecasts of EV sales vary greatly and are dependent on the region being examined, policy support, technological progress, market conditions and other factors.

A summary of EV adoption projections for Australia[5], presented by the Energy Networks Association and CSIRO in the Network Transformation Roadmap’s Future Grid Forum – 2015 Refresh Technical Report and reproduced by ClimateWorks et al, demonstrates a lot of uncertainty in EV forecast uptake rates.

ClimateWorks conclude that higher end projections are feasible in a world that is committed to meeting the emission reduction commitments of the Paris Agreement, highlighting the important role EVs play in helping Australia meets its carbon reduction targets.[6]

Evidence shows a strong correlation between cumulative EV sales and the number of vehicle models offered[7] and notes that the highest selling EVs in international markets are missing in Australia. The report quotes Nissan Australia CEO, Richard Emery, that manufacturers need “government help, the same kind of assistance that governments in Europe, the USA and Japan provide” to overcome barriers to EV uptake in Australia and increase model availability[8].

The Energy Networks Association and CSIRO state that economic viability remains the most serious barrier and:

Incentives have been used internationally to overcome this ‘chicken and egg’ problem and have achieved an increase in global EV production by 50 percent to 300,000 per annum in 2014.[10]

Australia is one of few remaining developed countries without light vehicle CO2 emission standards in place[11], which set average CO2 emission levels that a manufacturer must meet across its annual fleet of new vehicle sales.

In Europe, legislation sets mandatory fleet CO2 emission reduction targets for new vehicles for an OEM, with a tightening of the targets every five years. Only the fleet average is regulated, so manufacturers are able to make vehicles with emissions above the curve provided these are balanced by vehicles below the curve.[12] An increasing mix of EVs will need to be sold by OEMs to achieve the targets and avoid financial penalties. Australia could benefit by simply following the trajectory of the European experience.

ClimateWorks et al request that with any light vehicle CO2 standard introduced, manufacturers are incentivised to increase model diversity across market segments[13], and suggest Australia can expect to replicate the rate of improvement in a shorter timeframe than seen in markets such as the United States and Europe.[14]

The Federal Government’s Vehicle Emissions Discussion Paper acknowledges that vehicle emissions could also be reduced by switching from more emission intensive fuel sources (such as petrol and diesel) to alternatives with lower emissions such as natural gas[15] which already contributes to diversity in the fuel supply.

It is important therefore that low emission vehicle standards are technology neutral.

…in the United States, incentives for electric vehicles, plug-in hybrids, fuel cell vehicles and compressed natural gas vehicles have been put in place to facilitate market penetration of the most advanced vehicle technologies as rapidly as possible.[17]

Internationally, a range of financial and non-financial incentives to boost supply and demand for EVs have been utilised. Countries that have a leading market share of EV sales have introduced upfront financial incentives in the form of tax breaks, stamp duty discounts and direct subsidies to assist consumers in overcoming the higher purchase price.[18]

Incentives in the Netherlands and Norway have allowed EVs to achieve or exceed purchase price parity with equivalent internal combustion engine vehicles.[19]

While there is recognition that incentives are a temporary solution, in the short term they are aiding electric vehicle market development and are a ‘best practice’ strategy in supporting global vehicle electrification efforts.[20]

The ClimateWorks report tables EV barriers and potential policy actions to overcome them. 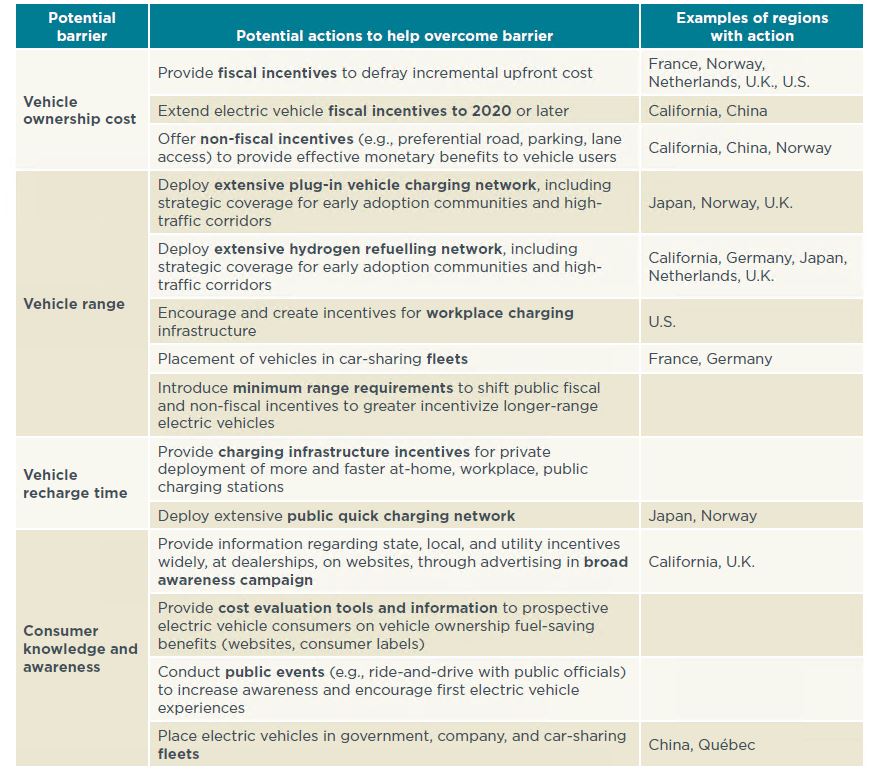 Further, the ClimateWorks report requests[22] the Federal Government support the development of a national EV roadmap to: establish a national EV uptake target; identify key priorities and actions required to drive uptake; and facilitate consultation and engagement across industry, consumer and government stakeholders.

The ClimateWorks report suggests the lack of a national policy framework in Australia has led to limited overall support for EVs in comparison to our global peers and makes recommendations that are derived from global ‘best practice’ vehicle electrification strategies.

The Electricity Network Transformation Roadmap project, being undertaken by the Energy Networks Association and CSIRO, is evaluating key issues in an Australian context including changes to incentives, regulation, network operation and ‘transactive’ energy systems that are likely to be required for customers to realise the full potential of a digitally-enabled smarter grid.

During 2016, the second stage of the Roadmap project will develop a clear understanding of efficient energy network asset utilisation with increasing electrification of transport, and the value to the electricity system of increasing levels of EV adoption. 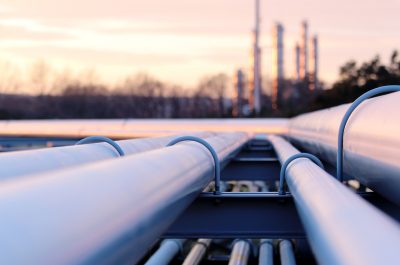