We need to rebalance our system to avoid high demand peaks because this is where money is wasted, both in higher power prices and the need for peak demand infrastructure.

But what about the other opposite problem? We have previously written about the “duck curve” resulting from too much generation and too little demand in the middle of the day.

What if we could help flatten that out by shifting demand?

Some Australian networks are already trialling demand response measure that incentivises people to reduce demand at peak times when demand is outstripping supply.

Also incentivising customers to use electricity when we have excess supply makes sense. This could help shift demand from peak periods and lower prices.

Many household appliances such as hot water heaters, dishwashers, washing machines and increasingly EVs could be run at times of lower demand to help smooth out daily usage.

Why is low demand an issue?

Every electricity system has its “must run” generation. These are usually large coal plants that can’t be easily switched off.

Even if you could, doing so would impact the stability of the grid, given these provide much of the inertia the energy system needs.

Renewable generation sources such as solar and wind could be disconnected from the grid, but that would be counter to any emission reduction goals.

Given storage technologies such as batteries and hydrogen are still in development, the best answer in the short term is demand response. 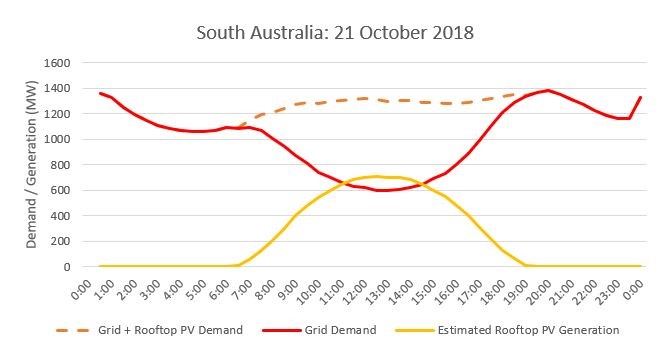 Australia is only just beginning to explore the role that flexible demand can play in our wholesale market and in supporting the national electricity system.

In other countries, demand-side response has been used for many decades to provide system services and keep the electricity system secure. 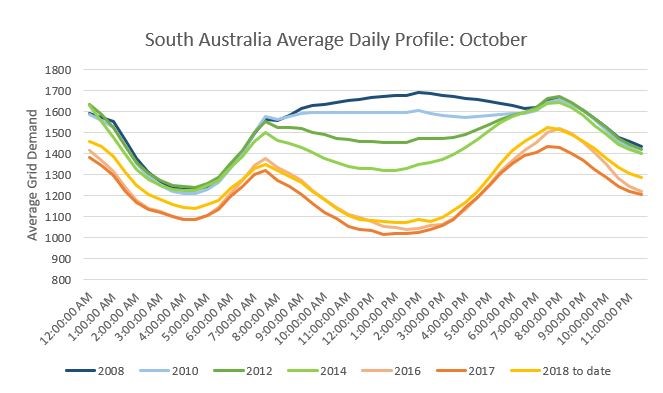 Figure 2: How demand has changed in SA as more renewables have entered the system. Source: AEMO

The National Grid, the Electricity System Operator (ESO) in the UK, launched a program in 2015 to increase the role of the demand-side in managing the UK electricity system.

Power Responsive is designed to encourage commercial and industrial companies to participate in demand-side flexibility services, with the aim of procuring more than 50 per cent of system balancing services by 2020.

In 2015, Flexitricity, an aggregator in the UK, created the first “footroom” service to resolve constraint issues between Scotland, with 7.3 GW of onshore wind, and England.

Scotland has relatively little load, but a lot of wind generation.

England and Scotland are linked electrically via interconnectors and while the number of interconnectors has doubled in recent years, the ability of Scotland’s wind farms to export to England is constrained.

This meant that wind farms were being turned off (not allowed to run), so Flexitricity developed a “demand turn up” service behind the constraint to allow wind farms to continue to generate.

Wind generation is one of the most flexible forms of generation, with control of the blades allowing the wind farm to control the amount of electricity produced, including ceasing generation altogether.

Reduction in generation is another form of “footroom”, but turning down low carbon generation to allow high carbon, and other inflexible generation to run, does not meet sustainability goals.

Creating “room” on the system to allow large steam-based generators (coal, nuclear and gas) to run is important to maintain inertia and grid stability.

Like the UK, Australia is experiencing a “duck curve” with system issues related to a lack of “footroom” already being experienced in South Australia – as illustrated in the figures above.

One of the best sources of footroom is the humble hot water tank and immersion heater.

As thermal energy storage (rather than electricity storage), hot water tanks are a cheap and effective storage technology that can provide a very flexible demand turn-up service when we have maximum solar PV generation. 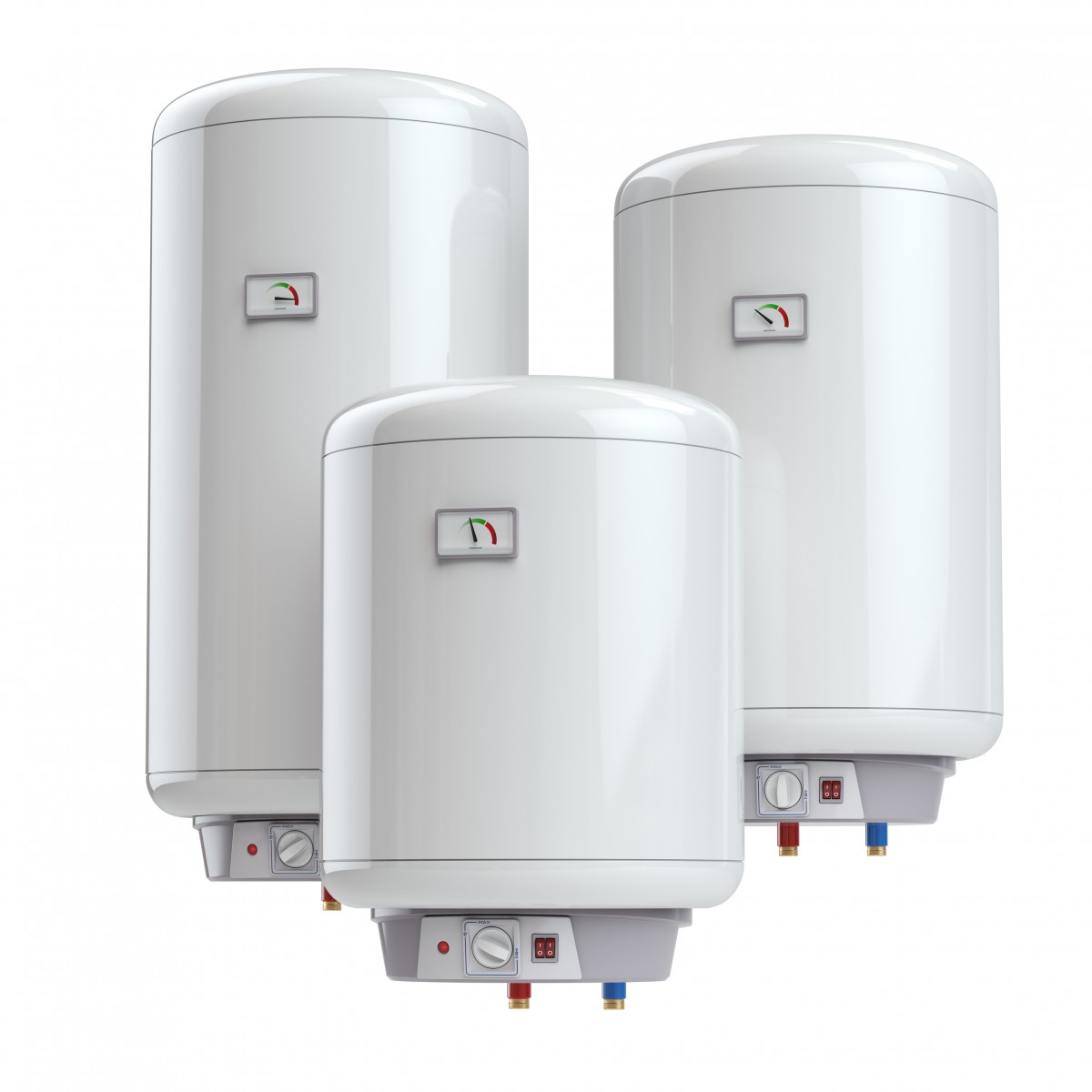 More than 50 per cent of domestic demand is related to heating and cooling, with 23 per cent related to hot water. Meeting this demand is not something batteries can currently do cost-effectively.

In NZ, some distribution network service providers have been using hot water services to manage their systems and are now providing a service to Transpower, the NZ transmission system operator, to help support the system and avoid poles and wires investment that would otherwise be needed.

Transpower has reported that demand response using hot water services is the lowest cost service it can purchase (NZ$120-500) and delivers the greatest response.

In Australia, we are starting to see hot water services and other load, such as pool pumps, managed so they can run in ‘off-peak’ times, which increasingly includes the middle of the day. Energex’s economy tariffs provide discounted electricity in return for making supply available for 8 or 18 hours per day.

While the new Wholesale Demand Response rule certainly envisages demand “turn down” or generation turn on to manage peak times, footroom and flexibility are going to be an increasingly important service to keep our electricity system secure and our markets efficient.

And central to any demand response is the customer.

Customers are shaping our electricity system with their investment in distributed energy resources, but customers, large and small, are key to providing the flexibility services we need to deliver a lowest cost, secure and sustainable electricity future.