Alan Finkel‘s 200 page Blueprint for the NEM includes 50 sweeping recommendations, even if the media debate has only focussed on one, the Clean Energy Target.

The Blueprint provides an unflinching assessment of the institutional weaknesses which have led Australia into its current energy mess, where customers are anxious about all three elements of the trilemma – keeping the lights on, bills affordable and strong emissions reduction. Its recommendations will not only have major implications for customers and the energy industry that serves them. They will fundamentally reshape the role and powers of bodies like the Australian Energy Market Commission (AEMC), Australian Energy Regulator (AER), and the Australian Energy Market Operator (AEMO), as well as the COAG Energy Council itself.

We discuss some of the key recommendations below.

Finkel’s Panel is acutely aware that something is dysfunctional in the coordination of energy market governance which has failed to anticipate and address energy security risks, and has failed to act on COAG Energy Council past decisions, such as the Vertigan Review.

It establishes an Energy Security Board, with an independent Chair and Deputy Chair and representatives of AEMO, AEMC and the AER. The Board will provide a single point of responsibility and accountability to coordinate whole-of-system monitoring of security, reliability and planning across the functions of market bodies. It is to be funded, housed within AEMO and to attend COAG Energy Council. The report notes:

One of the first tasks for the Board will be to review the AEMC Reliability Panel’s future role and the Report recommends that after three years consideration should be given to giving the Energy Security Board statutory functions. 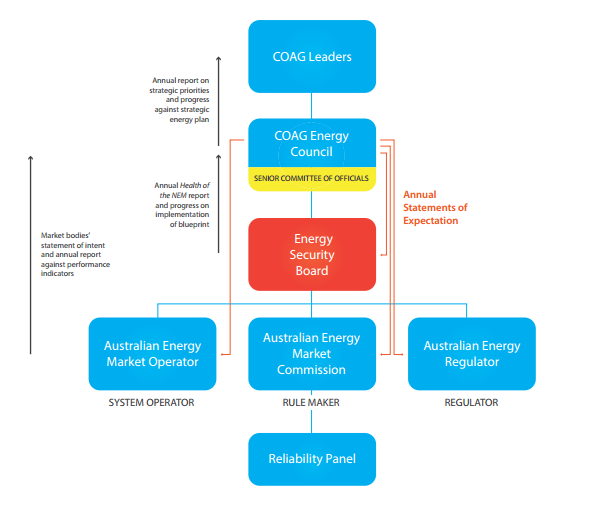 The Board will provide a coordination role for the new Energy Security Plan which the COAG Energy Council “must agree” by mid-2018 to guide the operation and evolution of the NEM to navigate the transition to a low emissions future. New accountability and transparency measures will also be created including:

Among other findings, the Finkel Report also provides strong support for the Australian Energy Regulator – urging there is a “pressing need“ for its resourcing to be permanently increased and for it to be separated from the Australian Competition and Consumer Commission.

The report highlighted the need for more strongly coordinated and strategic transmission planning. It notes that:

In relation to the last issue, the report notes that both Energy Networks Australia and AEMO have identified the need for strengthened coordination of nationally significant transmission infrastructure. It notes the potential for AEMO to play a more significant role, while also recognising that its role in Victoria as a TNSP would need to be reviewed.

Finkel’s Blueprint provides strong recognition of the potential for ‘orchestration’ of fleets of millions of Distributed Energy Resources (DER) to achieve a more efficient co-optimised investment. It recognises the potential benefits identified in the Electricity Network Transformation Roadmap, including: $16 billion in network investments being avoided; residential consumers saving more than $400 per year compared to the business as usual; and industrial, commercial and residential consumers receiving a total of $2.5 billion per year in payments for providing grid support services.[i]

However, it also recognises the potential system security benefits of DER including supporting energy demand response, network management security services such as enhanced Under Frequency Load Shedding. It recommends the AEMC report to Ministers by mid-2019 on proposed draft rule changes to better incentivise and orchestrate DER participation to provide services such as frequency and voltage control.

Finkel’s report is much more positive about the diverse opportunities for DER orchestration than the more prescriptive regulatory approach of the AEMC in its recent Distribution Market Model Draft Report. Where the AEMC report focusses on retailer-led orchestration of DER with offers benefitting individual customers, the Finkel Report looks at leading international practice and notes:

There are a variety of ways that this orchestration can occur. Using a large number of households with solar panels and storage devices as an example:

The Report recognises that some international jurisdictions are more advanced in their approaches to managing the ‘visibility’ of DER and managing information. In important findings, with implications for a number of reviews such as the Battery Storage Register, it recommends:

Possible directions for the longer-term future of energy network regulation are also set out in the Blueprint. For example, the report recommends work to ensure Australia’s comparatively prescriptive regulatory framework can enable ‘proof of concept’ innovation trials. It points to the established United Kingdom regulatory mechanisms such as ‘innovation competition’ funding as a possible way forward.

The issue of efficient investment incentives is also a key focus of the Blueprint’s regulatory findings – and it appears to endorse further consideration of the Totex regulatory framework which was recently recommended in the Electricity Network Transformation Roadmap. The report recommends this be reviewed after further modelling of potential biases in capital and operating expenditure incentives by mid-2018. Current AEMC and COAG Energy Council work has also touched on the potential for such new approaches to be used to do away with the current ‘building blocks’ approach of separate capital and operating expenditure ‘buckets’. Such options represent an opportunity to build public confidence in the expenditure incentives facing networks, and deliver clear incentives enabling networks to procure, build or invest in new ways of meeting customer needs.

More ambitiously, the report calls for a thorough review of the entire National Electricity Rules by 2020 by the AEMC or the new Energy Security Board (R 7.8). This would represent the first holistic review of the 1000 page National Electricity Rule since its inception. Carefully executed, it represents a once in a generation opportunity to move to a streamlined, coherent regulatory scheme that is adaptable to emerging competition in the grid services sector. This could be a significant advance over the necessarily partial and incomplete reviews of individual rule chapters that have occurred to date.

What next for the Finkel Report?

While some media reported premature claims from anonymous Government members that “Finkel is Dead” this week, there has been exceptionally broad stakeholder support for the Finkel Report to be carefully considered, as a circuit breaker to a decade of hopelessly polarised carbon and energy policy.

Last week’s COAG meeting noted that the COAG Energy Council will consider the Finkel Blueprint further at its July meeting, and asked for a report by no later than August:

The COAG Energy Council to provide urgent advice out of session, and no later than August 2017, on which of the findings can be implemented and a timeline for doing so.

With 12 urgent recommendations to be completed by December this year, there will not be a moment to waste. 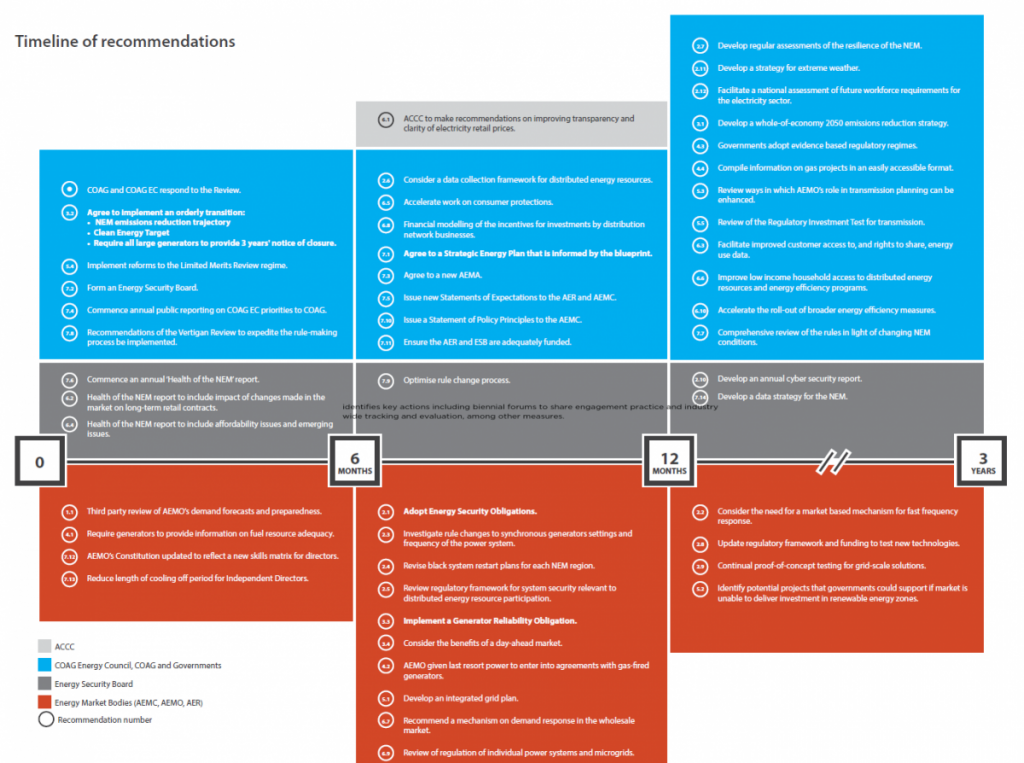 [i] Finkel et al (2017) Independent Review into the Future Security of the National Electricity Market, page 149. 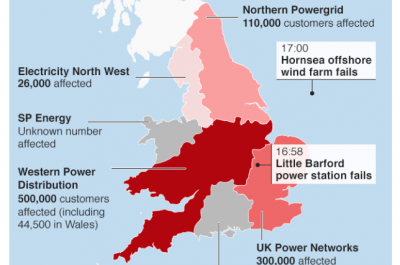