As the east coast of Australia sweltered, the community was called on to reduce demand, industry curtailed their activity and some were quick to attribute both blame and acclaim. On those days where every megawatts matters, can a smarter energy grid take the heat out of the conversation?

in the last week Eastern Australia’s electricity system weathered a widespread heatwave, as sustained high temperatures led to load shedding in South Australia, while New South Wales and the ACT pulled out all stops to keep the lights for customers.

The temperature in the political debate is hotter than ever, leading to a diverse group of consumers, unions, industry, environmentalists and social welfare groups to call for all political parties to “stop partisan antics and work together.”

The heatwave did provide at least three insights about the challenges facing the energy system however.

1. The ‘Death’ of Peak Demand has been greatly exaggerated

It is widely recognised that Australian energy consumption ‘decoupled’ from its lock-step relationship with economic growth in 2008.  Aggregate NEM operational consumption fell by almost 8% in the 5 years to 2015 because of energy efficiency, community response to electricity prices and industry restructuring.  However, peak demand remains difficult to forecast and ‘patchy’ between jurisdictions and grid locations over time.   However, it continues to be a significant pressure on future network capacity requirements. Recent analysis for the Electricity Network Transformation Roadmap highlights the benefits of tariff reform and DER orchestration to avoiding network expenditure.

While many network requirements tend to be driven by ‘non-coincident’, localised demand, even an assessment of system demand during the recent heatwave, indicates electricity networks experienced significant demand pressures. 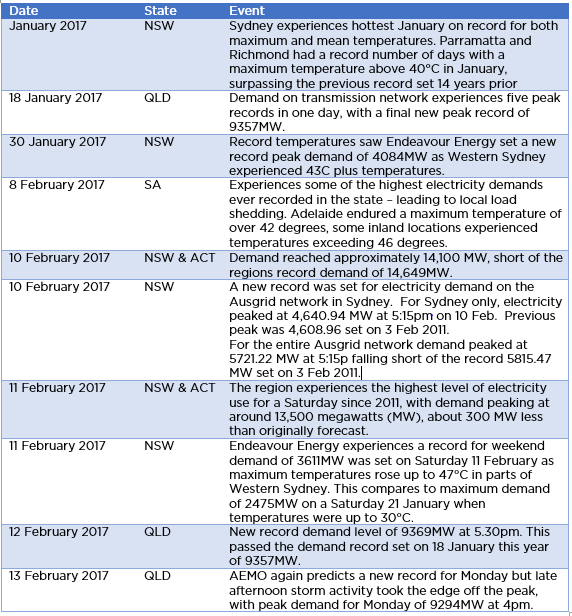 In South Australia, decreased wind speed on the Wednesday afternoon meant less output from wind generators than otherwise might be available. High temperatures also deteriorated the output capability of other forms of generation.[1]

Later in the week, NSW Energy Minister Don Harwin, was highlighting “the biggest day ever for solar”.   Queensland’s high level of home solar systems also plays a role during such peak demand events, for example, on a bright, sunny day, the solar PV panels in south east Queensland can effectively produce about four percent of network demand. 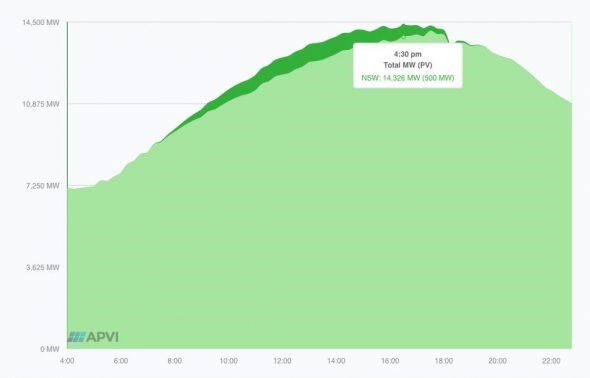 Meanwhile, in Queensland, Energy Minister Mark Bailey noted, “We’re expecting Queensland power to be chiming in through the interconnector to help our bigger NSW neighbours to meet their power needs… Without Queensland power today, NSW would be in absolute dire straits.”

As Governments in New South Wales and the ACT called on consumers to moderate their energy use, AGL curtailed electricity to Tomago aluminium smelter reducing consumption by about 300 MW.    Unsurprisingly, renewable energy advocates noted that thermal generation plant was not 100% reliable in a peak event.   In NSW, the Liddell coal-fired power station had only two of its four units running at full capacity due to boiler tube leak.  The ‘near-black’ experience of New South Wales occurred on the same day as a fierce political stoush erupted about why Pelican Point power station was unavailable for dispatch on Wednesday afternoon to avoid rotational load shedding.   The AEMO report has highlighted new challenges in managing contingency and risk during volatile weather conditions, uncertain market responses and controlled load shedding.  SA Power Networks this week apologised to customers for a software failure during the load shedding which initially saw too many customers disconnected until operators intervened.

When the debate over who had saved NSW and ACT from widespread blackouts turned toxic, Global-Roam’s Paul McArdle identified the obvious, “…every MWh (every kWh) of generation mattered (every kWh of conservation and demand response mattered) in keeping the lights on in NSW”…  calculating that total supply across Friday 10th February in NSW came from:

As the AEMO warnings came through, governments responded with requests to the community to reduce demand. NSW’s new Energy and Utilities Minister Don Harwin urged people limit their power use and to “Turn up your air con to 26 degrees, adjust fridge temperatures, switch off unused electrical appliances and turn off lights when it’s safe to do so”.

Industry was also required to respond. NSW aluminium smelter Tomago, had its electricity use curtailed by about 300 megawatts for more than three hours on Friday, and was advised to prepare for the same on Saturday – which did not eventuate. In the ACT, Canberra Airport switched to diesel generators to ease pressure on the Grid. 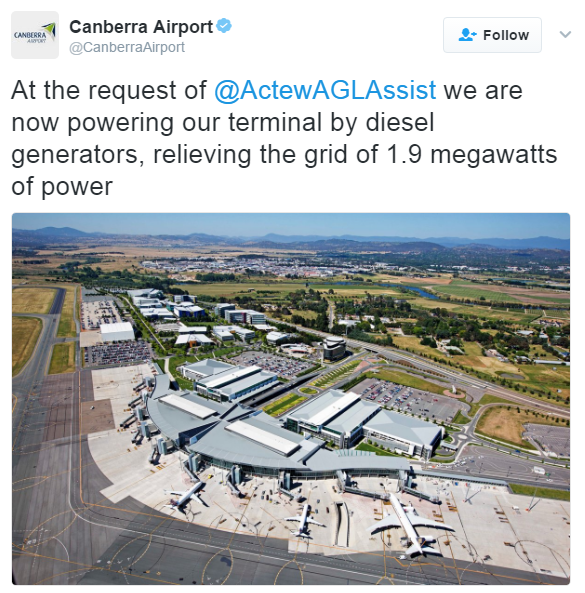 While this response from the community, industry and execution of system wide measures helped avoid load shedding – there is a smarter way to support the grid and reward the community in these days of high demand, and reduce the cost of the grid in the long term

In its 2012 Power of Choice Review, the Australian Energy Market Commission (AEMC) concluded that demand management could save between $4.3 billion and $11.8 billion over the next ten years.

Demand management is already part of the way the electricity networks are managing the grid.

In Queensland, under the Energex Positive Payback program, the following has been achieved: 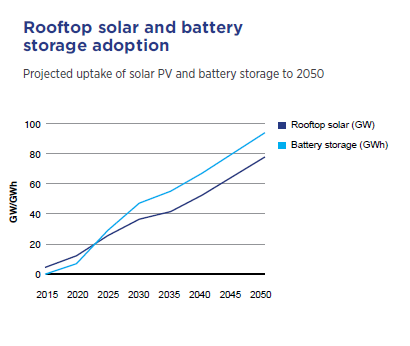 The Electricity Network Transformation Roadmap identifies that by 2027, over 40% of customers will use onsite resource (29 GW solar and 34 GWh). By 2050 it is anticipated that almost 2/3 of customers have distributed energy resources and network service providers would buy grid support in a network optimization market worth $2.5 billion per year.

This orchestration of customer distributed energy resources in “the right place at the right time” avoids the need for $16 billion in network infrastructure investment.

By rewarding the timely use of demand response, embedded generation, storage and other resources, this ‘orchestration’ could dramatically reduce the need for network capacity.   Energy system modelling for the Roadmap, demonstrates the opportunity to avoid sustained growth in the ‘non-coincident’ peak demand and reduce the need for traditional ‘poles and wires’ investments. 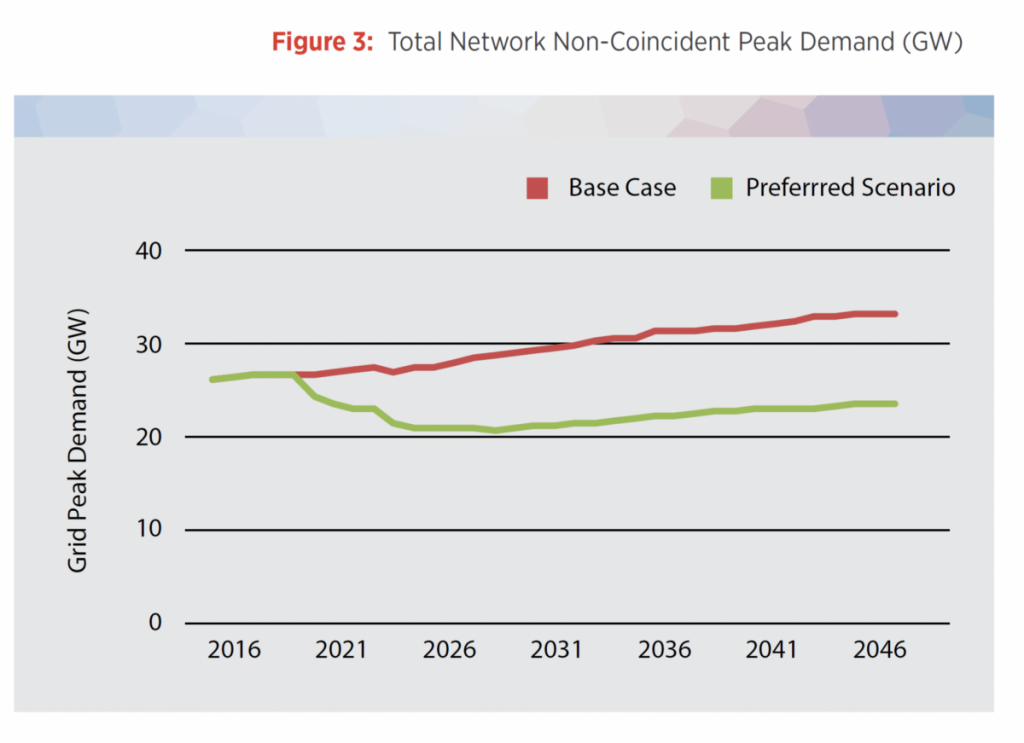 Even with outdated network tariffs and metering technology, Australia is seeing new services and technology working with the grid to allow customers to make the most of their flexible, distributed resources.  Reposit Power Chief Operations Officer, Luke Osborne, told the Senate Select Committee into the Resilience of Electricity Infrastructure in a Warming World that

” Australian homes with smart solar battery systems are already selling energy into price spikes. Since the beginning of this year – Reposit customers on the eastern seaboard have dispatched their solar batteries to the grid 23 times”[3]

In Victoria, United Energy has partnered with Greensync to deliver the Community Grids Project to engage and incentivise customers to help them reduce and/or shift their electricity usage voluntarily or by using of solar PV and energy storage systems.

Tariffs to send a signal

The evidence is that when called upon to do so the community answered the call to limit demand, and were understanding of the need to respond. However, there are ways to financially reward customers for their decision about how and when they use electricity, particularly at those times where demand is highest.

Horizon Power are trialling energy management via the customer through their Power Ahead pilot in Port Hedland where 500 residential and business customers have targets for usage in peak and off peak times.

In addition, some networks have economy or load control tariffs for appliances like hot water systems and pool filters that don’t need a constant supply of power. These cheaper tariffs are available to customers who allow networks, like Ergon Energy, to manage their load

In Victoria, where smart meters are in place they are able to quickly anticipate and respond to points of network stress during high temperature conditions, which allows for different measures to be deployed across the Network. Powercor has a hot water controlled load tariff that enables them to manage the hot water heating load of participating customers via their smart meter network. 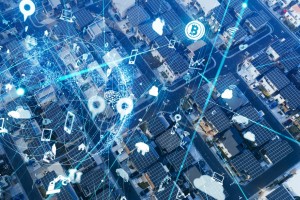 UK taking the next step: from mini grids to open networks