Following a string of recent catastrophic bushfires, Californian electricity and gas network service provider Pacific Gas & Electric Co. (PG&E) may be exposed to $30 billion in liabilities and has filed for corporate bankruptcy[i].  In one week in November, PG&E’s shares lost almost two-thirds of their value and they have fallen further since then. Blame is largely being attributed to poor vegetation management practices and unsuitable asset design, with the Wall Street Journal even suggesting this would be the first major corporate bankruptcy caused by climate change.

PG&E was already ‘on probation’ and under close scrutiny before the recent bushfire season, following outcomes from the 2010 San Bruno gas line explosion and the subsequent investigations in which they were found to be negligent. A federal judge overseeing PG&E’s probation, U.S. District Judge William Alsup, has tentatively blamed most of the recent network-caused fires on PG&E’s use of uninsulated conductors and their susceptibility to branches falling onto them during high winds.[ii]

Judge Aslup is now considering instructing PG&E to take significant fire risk reduction measures. A draft plan being developed by Aslup reportedly includes requirements for PG&E to re-inspect its entire one million mile-long electricity network during the coming Spring and to “remove or trim all trees that could fall onto its power lines, poles or equipment in high-wind conditions”, with a goal “to reduce to zero the number of wildfires caused by PG&E in 2019”[iii].

Accepted thought regarding vegetation management practice is that it is not economically prudent to remove or trim all trees that could fall onto power lines. The recently published Energy Networks Australia ‘Vegetation Risk Management for Overhead Electricity Networks – Guideline’ states ‘entirely clearing all vegetation permanently from within grow-in and fall-in range of power lines would not be a prudent risk treatment’[iv]. Yet the concept of prudent expenditure in this respect is relevant to forecast normal operating conditions, which the Australian Energy Regulator refers to as an ‘operating environment factor’ or ‘expenditure factor’ in its expenditure forecast assessment process as part of consideration of network service provider regulatory proposals[v].

Perhaps conventional thought on prudent preventative expenditure needs to change. As compensation figures for damages caused by network-started bushfires steadily increase, risk assessments and the measure of prudent preventative expenditure needs to be revisited. A PG&E spokesperson stated that the company plans to spend almost $1.3bn on reducing fire risk this year, including vegetation management[vi]. Such annual expenditure on bushfire mitigation is unfathomable in Australia, yet may be considered efficient and appropriate when offset against the $30bn in liabilities which PG&E is apparently currently facing.

A study of the impact of vegetation on the rural Queensland Ergon Energy electricity network during Cyclone Yasi in 2011, an extreme weather event, found that 85 per cent of trees that impacted the network fell from the opposite side of the road to the power line, originating outside of the maintained clearance space[vii]. More recently in Queensland, bushfires have been unprecedented in their frequency, severity and location. Scientists noted that tropical rainforests, traditionally protected from bushfire due to high moisture content, were significantly damaged or destroyed for the first time in documented history[viii].

Back in the US, Californian residents are also expecting more frequent wildfires, as their natural environment seemingly becomes drier on average. The Wall Street Journal is identifying PG&E’s recent downfall as ‘the first major corporate casualty of climate change’ and a ‘jolt for companies considering the uncertain risks of a warming planet’[ix]. It is possible that extreme weather will become the norm.

Of course, preventative expenditure must remain efficient and proportionate to acceptable risk. Rollout of bushfire risk reduction measures can become costly, potentially unnecessarily so, if not based on acceptable risk. Some would argue this has been the experience with the Victorian Government-mandated rapid earth fault current limiters (REFCL). The REFCL rollout is new technology on an accelerated timeframe, expected to cost customers $540m[x]. Ultimately though, if customers and Government determine that such measures reflect required preventative expenditure to achieve acceptable bushfire risk, the REFCL rollout reflects a change in conventional thought on expenditure prudency. Indeed, the cost of damage of the Black Saturday fires of February 7, 2009 is estimated at $4.4bn[xi].

Energy Networks Australia has several relevant resources created by experts and representatives within its national membership, including the aforementioned ‘Vegetation Risk Management for Overheard Electricity Networks – Guideline’, as well as a ‘Climate Change Risk and Resilience Handbook’. Energy Networks Australia has also engaged the Australian Bushfire and Natural Hazards Cooperative Research Centre to undertake research into quantifying major bushfire consequence, with findings expected to be released in October 2019.

The key takeaway from these resources is that assessment of risk and prudent expenditure is best relative to time and location. Judge Aslup’s preliminary recommendation for PG&E to remove all vegetation with potential to fall onto power lines in high winds for a whole network will likely remain inefficient and not prudent, even after accounting for the impacts of climate change. However, given the changing climate and increased potential legal liabilities of electricity suppliers, a rethink of prudent bushfire mitigation measures and expenditure in highest risk areas may be warranted. The appropriate lens for such a rethink is through the eyes of customers and an appropriate vector is through regulatory proposals that adequately seek out, document and address changes in customer expectation as part of expenditure factors and expenditure objectives.

[vii] Greening Australia (2011), ‘An assessment of tree susceptibility and resistance to cyclones’, https://www.greeningaustralia.org.au/wp-content/uploads/2017/11/RESEARCH_Yasi_TreeReport_NewFormat.pdf 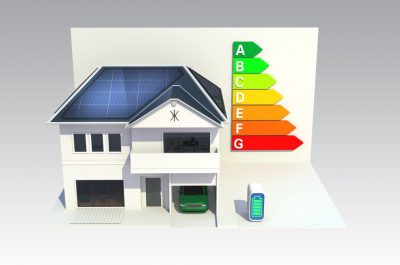 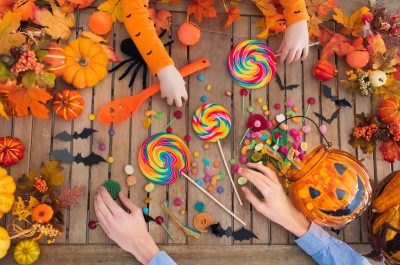