According to recent studies of Australian consumers, about half would be prepared to buy an electric car, but were held back by price, concerns about range and lack of infrastructure.

This infrastructure includes public charging stations, so people in EVs can ‘refuel’ on the road – and last week the Commonwealth and Victorian governments announced investment in this space. Charging station provider Chargefox was awarded $6million in federal funding, adding to $1million already committed by the Victorian Government. This funding will see the installation of 21 fast-charging stations along the major highways between Adelaide – Melbourne – Canberra – Sydney – Brisbane. Several are also being installed north and south of Perth. Presumably this network will also allow linkage with the Queensland Government’s existing charging network further up the east coast of the sunshine state. These efforts are designed to reduce ‘range anxiety’, providing charging stations no more than 200km apart.

With the Chargefox program titled ‘Powered through the purchase of renewable energy’[i], government support for charging infrastructure is clearly intended not to simply reduce EV range anxiety, but to promote the environmental benefits of EVs over conventional combustion engine vehicles. However, as EVs are essentially a mobile distributed energy resource (either a source of electricity generation or demand), more leadership is needed to address the impact of EVs on the other elements of the ‘energy trilemma’: cost and reliability. 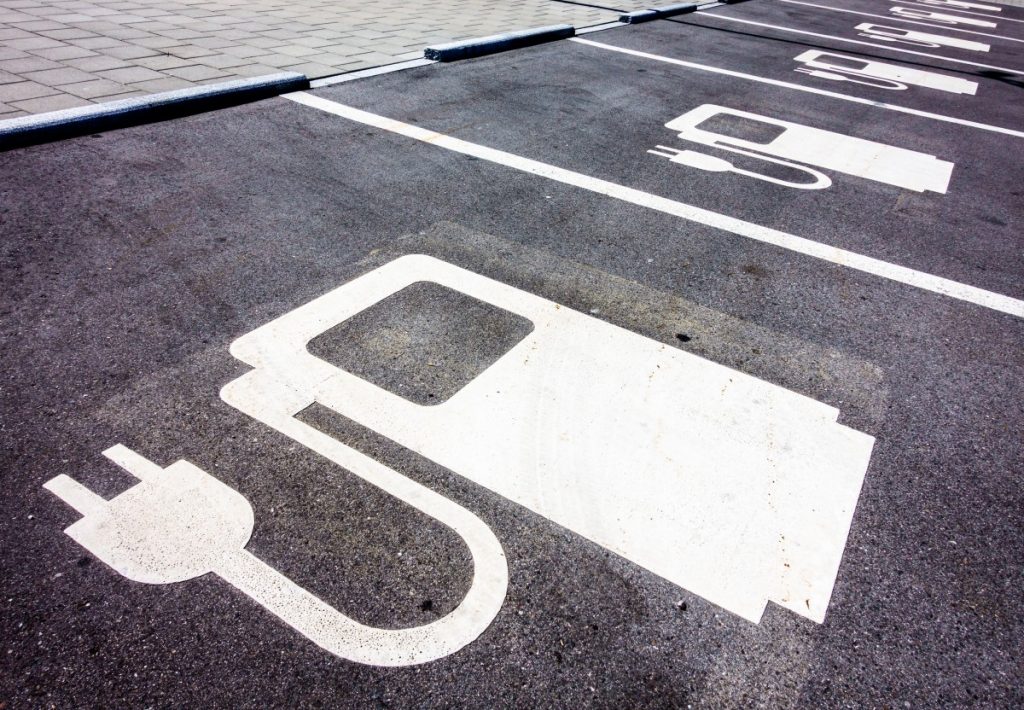 Infrastructure Victoria in its recent sector-leading publication Advice on Automated and Zero Emissions Vehicles Infrastructure notes that ‘Zero emissions vehicles will generate significant additional demand on Victoria’s electricity infrastructure, regardless of whether vehicles are battery electric or hydrogen fuel cell. …Both transmission and distribution networks are likely to require investment to meet the additional demand requirements’[ii]. The same publication also highlights that EV-charging demand management should be encouraged to reduce otherwise necessary network investment.

‘In the absence of any demand management, incentives and other mechanisms for managing charging behaviour, a battery electric vehicle fleet is likely to cause large increases in peak electricity demand due to a high proportion of people charging their vehicle at the end of the day when they arrive home.’[iii].

The Infrastructure Victoria advice contains in-depth analysis of several future scenarios, with associated costs and benefits estimated for transport, land use, energy network investment and environment and population health. In terms of likely impacts on energy networks, Infrastructure Victoria estimates additional investment requirements in the state between now and 2046 of $588m for ‘business as usual’, to $9.7billion for an unmanaged (sub-optimal) uptake scenario. Even the optimised ‘slow’ EV uptake scenario, in which government-led measures are taken to manage electricity demand impact, estimates that an additional $2.2bn network investment will be required within Victoria by 2046[iv]. 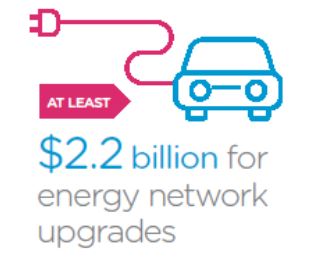 State and territory governments are now acting to support EV uptake by starting trials to encourage the roll out of infrastructure and introducing policies to reduce stamp duty and registration for zero and low-emitting vehicles. However, more needs to be done. These initiatives to date are only small scale, allowing governments to dip their toe in the water to test the appetite of Australian consumers, without fully committing to a plan.

An example of a country with a plan is Norway. Norway’s government took a proactive approach to encouraging the transition to electric vehicles by first developing infrastructure to support high levels of uptake, then implementing ways to incentivise customers to purchase them.

Importantly, Norway also ensured its electricity system could cater for the increase in load caused by EVs.

Following the introduction of these measures, EV car sales in Norway have increased more than 20 per cent and now comprise 50 per cent of all cars sold.   Norway has a plan – and it is working.

Infrastructure Victoria has called on the Victorian Government to clear the way for the roll out of driverless and zero-emissions vehicles by enabling the energy sector to respond and through appropriate policy settings and incentives. It cites unprecedented benefits for the economy, community and environment and sends a message to all state, territory and Commonwealth governments and their regulatory bodies.

‘Enable the energy sector to respond to the emergence of zero emissions vehicles. Rapid and widespread uptake of zero emissions vehicles may put significant pressure on the energy system. Measures intended to promote the effectiveness and stability of the energy market generally will become even more important in such a scenario. Action may need to be taken to ensure that the energy market can optimally respond to substantial additional demand while continuing to meet reliability and affordability requirements and emissions reductions targets in the face of the withdrawal of coal-fired energy generation. If the market is not equipped to effectively absorb increased demand from zero emission vehicles, the stability of the system as a whole may be threatened, potentially resulting in steeply rising prices, falling reliability and failure to meet emissions reduction targets’[v].

As a no-regret “do now” action, Infrastructure Victoria recommends that leaders ‘ensure that the regulatory frameworks governing network investment are reviewed to check that these will facilitate investment in the distribution network to support the uptake of zero emissions vehicles.’ This recommendation includes advocating that the Australian Government work through the COAG Energy Council to review regulatory settings and remove barriers to distributors addressing highly-localised impacts of zero emissions vehicles uptake[vi]. A key component of this has to be pricing reform.

For Australia to move ahead in the transition to low carbon vehicles, we need a coordinated plan – like Norway – that ensures we not only incentivise consumers to make the switch to EVs, but have the right infrastructure in place to support it.