The extraordinary transformation underway in Australia’s energy system is rapid and unrelenting. It has two key drivers – global and local policy objectives to decarbonise and, most significantly, people power as energy customers in their droves embrace solar and increasingly storage technologies to reduce bills and increase their energy independence.

To enable this change, Australia’s vast energy grids – the great economy-enabling machines of the 20th century – must also transform.  From a one-way system feeding electrons into people’s homes and businesses, the grid of tomorrow must become an energy-sharing platform where power flows two ways and passive customers can be active market participants receiving and delivering value from their own mini generation systems.

The Deloitte report Role of electricity networks in supporting the energy market transformation considers the investment needed to support this transformation and the potential impact of underinvestment.

Interestingly, Deloitte looks at this from both a transmission and a distribution perspective. To undertake its analysis, Deloitte modelled two scenarios:

Base case – energy market transformation progresses with efficient network investment being an integral part of the energy market transition and a least-cost pathway defined by significant uptake of rooftop PV and utility scale renewables, supported by some storage and flexible gas. This base case sees carbon-based energy production reduce from the current 76 per cent of the fuel mix to 51 per cent by 2037.

Network underinvestment scenario – barriers to investment prevent connection of least-cost generation portfolio and optimal take up and use of distributed energy resources. [1] These barriers include limits on the connection of new utility-scale renewable generation and limits to the amount of energy that can be fed into the grid from rooftop solar, preventing customers getting full value from their investments. Underinvestment results in greater reliance on existing fossil-fueled generation.

Deloitte highlights how efficient take up and management of household distributed energy resources could provide a range of benefits for networks and customers – benefits also articulated in the Energy Networks Australia and CSIRO Electricity Network Transformation Roadmap. The gains from strategic investment to enable better integration of storage and solar into the grid could see $16 billion of network investment avoided and a 30 per cent reduction in network charges.[2]

The Deloitte report points out that targeted investments in distribution are required to support and deliver benefits for all customers from rapidly increasing distributed energy resources and “while these investments have the potential to significantly reduce costs in the long-run….. many will require upfront spending and will not necessarily be directly aligned with networks’ regulated functions….”

Deloitte also acknowledges the 2018 Australian Energy Market Operator’s Integrated System Plan analysis. This finds that targeted investment in transmission connections between customers and new large-scale renewable, gas and hydro generation developed as coal-fired plants retire will reduce total system costs by $1.2 billion to $2 billion[3] over the next 20 years. These benefits are delivered through efficiencies, avoided infrastructure costs and downward pressure on wholesale prices. This means lower bills for customers, as well as greater system resilience, reliability and flexibility.

The hard reality is that in order to save money, we have to spend it. Investment is needed in our electricity grid to support the system and market transformation that is required to deliver greatest benefit at lowest cost to customers and the nation’s economy into the future.

However, in this ‘bring prices down at any cost’ energy environment, there is a real risk short-term populist politics will take precedence over prudent policy decisions. The real cost of underinvestment is far more than just lost opportunity. Deloitte’s investigation of the consequences over the next 20 years delivers some stark findings.

While Deloitte finds an initial downward step in electricity prices from the underinvestment scenario, over time wholesale prices are consistently about seven percent higher over the forecast period (to 2037). This results in higher retail prices, which post 2027 are on average three to four per cent higher than the base case forecast.[4]

The report also finds underinvestment leads to an upward trend in network costs over time from an increased need for traditional infrastructure spend to augment the grid (rather than the lower-cost option of new transmission investment and optimising solar and storage integration).

The most significant impacts, however, of the underinvestment scenario are to the broader economy.

Employment also takes a significant hit in the underinvestment scenario. By 2030, there are 40,000 fewer FTE across the NEM, with all States seeing reductions of between 0.5 per cent and one per cent over just a few years. By 2037, employment is down by about 120,000.[7]

The political incentive to underinvest in energy infrastructure is easily understood when the imperative is to avoid any cost pass through to power bills (and potential voter backlash), but as Deloitte’s analysis shows, this myopic and populist approach could come at enormous cost.

The full report can be found on the Endeavour Energy website here. 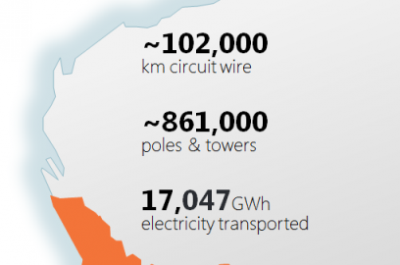