Reaching the point of known returns

In the film Pirates of the Caribbean there is a memorable exchange in which, during a dispute about the established code of piracy, the Pirate Lord Hector Barbossa explains “The code is more what you’d call ‘guidelines’ than actual rules”.

In setting allowed returns on energy network infrastructure, Australia has recently moved in exactly the opposite direction, locking in binding rate of return values and rules that cannot vary, regardless of conditions or evidence between formal reviews.

Under this framework, a single binding instrument determines the level of regulatory returns provided to about $100 billion of network infrastructure across most of Australia.

Recently the AER released new data on the actual returns on assets which now covers all electricity networks in the National Electricity Market over the past five years. This is the first of a set of newly devised set of profitability metrics which the AER publishes to provide transparency around its regulatory decisions and outcomes from the regime.

The new data shows a broad and consistent trend in return on assets – overwhelming, and in one direction – down.

The median return on assets for regulated electricity networks has fallen 23 per cent since 2014 to 5.65 per cent (see Figure 1). 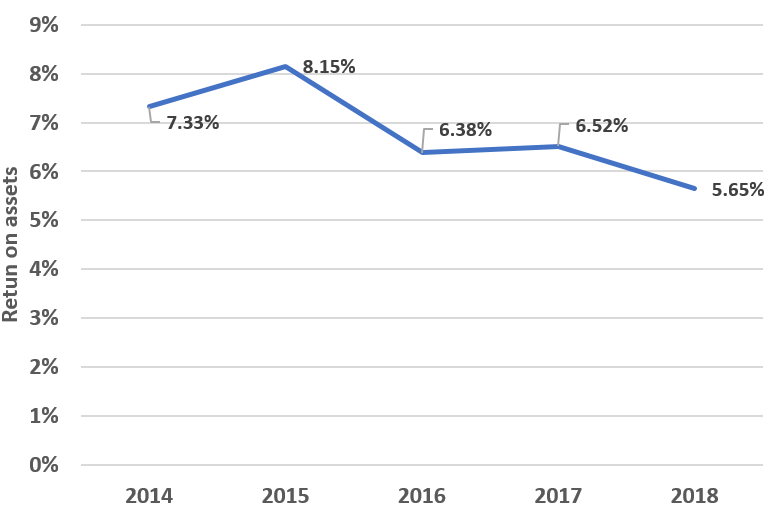 Return on assets of the average regulated firm – excluding returns from beating incentive benchmarks – have declined by more than falls in 10-year government bond yields during the period.

These falls flow from the ‘entering into’ effect of sharp reductions in the regulated returns on equity by the AER in both its 2009 and 2013 rate of return guidelines.

An implication of this is that the data just published does not yet reflect the single sharpest reduction in regulated returns on equity applied to networks in the 2018 binding instrument.

This can be expected to push returns lower still, even at the same time as a range of Australian governments commit taxpayer funds to underwrite early works on new electricity transmission interconnectors and upgrades.

This reflects that at times, broader national infrastructure and regulatory policy settings – both apparently targeted at helping prices for consumers – seem engaged in the equivalent of a fierce and prolonged arm wrestle with each other.

These adverse signals are being increasingly noticed and reflected in infrastructure investors’ perspectives.

The recently released Australian Infrastructure Investment Report finds that infrastructure investors are increasingly wary about policy and regulatory uncertainty – with 83% of those surveyed indicating this uncertainty is limiting their willingness to invest.[i]

As the report notes:

Over recent decades, Australia’s reputation as a leading infrastructure investment market has been built on stable market frameworks and rules, with ongoing uncertainty in energy policy and regulation being the notable exception.[ii]

The report also highlights a fund managers observation that:

“There are two general risks you take. One is you take risk on the GDP or the macro state of the world and the other is you take risk on the regulation that’s imposed on an asset. The funny thing is, you look at the impact of Trump or Brexit or what’s going on in China, or the Australian economy and just the fact that interest rates are getting so low. But people are still more willing to take the GDP bet, than a bet over regulators, which should spell how concerned people are about the regulators.”[iii]

It appears unlikely that infrastructure investors observing a pattern of falling returns over the past five years, will see them as realistically aligning with this type of risk perception.

The data also provides some insights into the contribution of the incentive-based framework over the past five years.

Rewarding Performance, the recent study by Energy Networks Australia found that customers are benefiting by at least $6 billion from the operation of current incentive schemes, that drive cost and service outcomes, and penalise underperformance.

The new data provides a different perspective on the same issue. 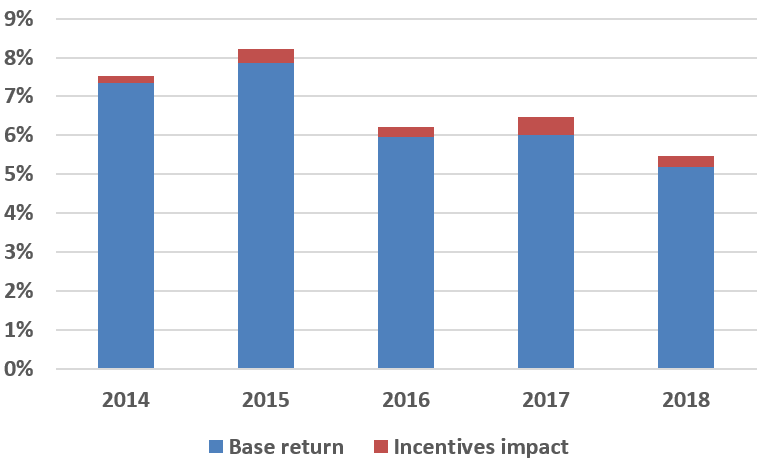 While on average incentive schemes led to slightly higher returns, the operation of these incentive schemes – under which missing performance and cost targets leads to penalties – also led to several businesses earning lower returns on assets after the schemes were applied.

When interpreting these figures, a range of caveats need to be considered.

Australia’s regulatory regime is deliberately not intended to be profit control – this would be a poor result for customers and profit control regulation has an unbroken record of failure reaching back a century as a utility regulatory model.

So, while the return on assets reflects the efficiency achievements of the businesses, a range of uncontrollable factors and the regulatory benchmarks, it is not itself a target.

The data is also influenced by a range of factors including decisions remittals (affecting some of 2014-15 data), and other detailed features of the regulatory framework such as revenue smoothing and revenue cap controls.

Even with these caveats, the trends are clear for customers, regulators, governments, and existing and potential investors alike to see.

The regime is delivering systematically lower measured return on assets, in an environment of emerging concerns around the capacity of the regulatory framework to deliver the long-term predictability and low risk that drives down prices for customers.

This should represent the key caution for policymakers, market and regulatory bodies considering the growing need for interconnection and integrating customer-owned distributed energy. 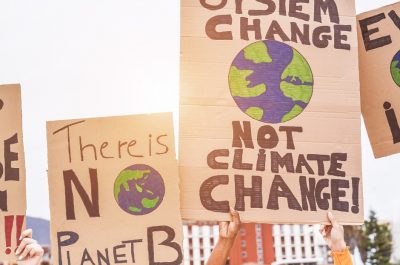 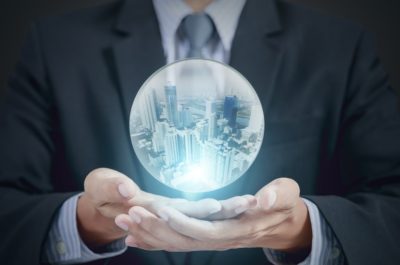 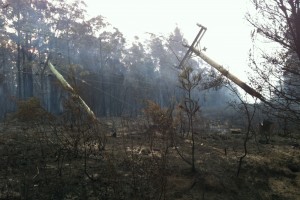