Stress-testing the network regulatory framework for the energy market transformation underway is an annual job for the Australian Energy Market Commission. The just-released 2019 stress-testing report shows a system under a level of ‘future shock’[1] and in need of some active attention.

Reality, technology and, most importantly, unforgiving real-time physics are moving underneath regulatory clauses and approaches mostly crafted more than a decade ago. Nowhere is this starker than in the area of distributed energy technology (DER), the collective term covering rooftop solar, batteries – and increasingly electric vehicles – spreading rapidly across Australia’s grid.

The first reform area identified by the Commission flows from the fact that the access and pricing rules for the local distribution grid reflect the needs and technologies of two decades ago. Essentially, we are stuck in an iTunes ‘pay per song’ paradigm in a world more suited to a Netflix or Apple Music subscription approach.

Key services and flexibility for customers – such as their ability to ‘share or upload’ their power to the grid – are simply not defined or properly incentivised in the rule book. This critical ability is also sometimes affected by local constraints (where the network cannot cope with the amount of rooftop solar generation and grid export must be restricted) that are currently invisible to all. The current restricted approach sees networks largely charging for single direction electricity consumption. Across a two-way network where access and capacity are at a premium, this approach is increasingly questioned, including by consumer groups.

A minimum step needed is to ensure the right enabling investments are made to identify those invisible choke points and to manage or address them in the most efficient way.

A key tool for doing this will be establishing the value of customer exports to the grid – which is an important means of working out what investments are justified to remove or manage grid constraints for the benefit of all customers. Figure 1 shows how some of these choices can stack up in a real network (in this case, South Australia), and highlights the role of establishing this value of export.

Many of the investments made to enable the best value to be delivered by DER to all customers will look different to the past.

The Commission notes developments in this area. The Australian Energy Regulator (AER) is due to release a guideline on DER expenditure assessment, building on the approaches of network businesses in Queensland and South Australia in identifying efficient options to improve visibility into the network of poles, wires and substations that serve most Australian homes and businesses.

The stress-testing report also supports continued action by the AER, networks, retailers and customers in delivering ‘reward pricing’ – or pricing that rewards customers for managing their energy choices in ways that reduce everyone’s bills. This includes a call for wider trialling of new smarter charging arrangements that intelligently interact with home energy systems and appliances to optimise outcomes for customers.

Part of the answer for improving grid visibility and offering customers more choices has been smart meters – but the Commission acknowledges previous reforms have not made for a smooth rollout for customers. From 2019, the Commission proposes to step up its monitoring of barriers still being encountered and the collection of data to enable a better picture of the progress of the smart meter rollout. Next year, it will also start an implementation review of its competition in metering determination.

The task for the review is complex. As the Commission acknowledges, a set of existing reform processes are already in progress seeking to address many of the issues raised in the report. While the AEMC’s media release that accompanied its report perplexing claimed distribution networks were ‘not moving quickly enough’, the report itself extensively supports and references collaborative work by networks over the past five years aimed at bringing progress on virtually all of the key issues raised.

This just emphasises that the task is too big for any one central authority to manage or control. Every additional willing pair of hands to the task is welcome.

The future may be arriving across Australia’s diverse networks at different speeds, but its direction – to a more distributed world – is unmistakeable. As the Commission’s report notes, no one body has all the answers or can deliver all the required outcomes. Success will rely on a shared vision and collaboration.

The challenge is now for the rest of industry, governments, energy market bodies and consumer groups to bring out, test and deliver the best outcomes for the customers they serve.

You can read more about the AEMC’s review of the electricity network economic framework review here.

[1] Future Shock is a novel published in 1970 by futurist Alvin Toffler. The book looks at the impact of rapid change on individuals and societies. 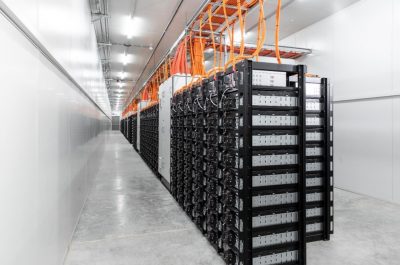