‘Tis the season for solar and storage election commitments. That’s definitely a pervading theme on the energy front from the NSW 2019 election campaign, with climate change providing the overarching tone and drive behind policies.

But what about connection issues? The announcements are all positive for increasing customer access to solar and storage options, but there is little if any published focus on how the rapidly increasing load on the electricity grid will be managed.

To be clear, Energy Networks Australia strongly supports renewable energy and household solar and storage. It offers significant benefits for customer choice and creating a cleaner, greener grid. What we really need to hear though is how the victor on Saturday 23 March plans to integrate this massive new renewable load into the grid.

So, let’s take a look at what’s promised. We’ll start with the Government.

The signature energy policy for the government is “supercharging the roll-out of solar energy and battery storage for 300,000 homes”.

The policy is to provide no-interest loans from the NSW Government to purchase solar energy and battery storage systems. The Premier claims this will unlock $3.2 billion investment in renewables and help to cut emissions. [i]

Estimates of power bill savings of $285 for families shows the ever-present focus this election cycle on power bills and the cost of living.

Solar and storage subsidies are not going to be the only cause of increased network connections, with the NSW Government announcing it will lower the voting threshold for strata buildings to allow solar panels, battery storage and electric vehicle (EV) charging stations to be installed. This will drop the threshold from 75 to 50 per cent meaning more apartment blocks will soon be able to approve the installation of these devices.[ii]

Further on the EV front, the Government has announced plans to invest in more EV fast charging points, increase the use of EV vehicles by government and the trial of electric bus services.[iii]

The government has also made previous announcements for the implementation of a NSW Transmission Infrastructure Strategy to enable integrated system planning to manage significant investments in large scale renewables.[iv]

The NSW Opposition also has a policy for a significant increase in renewables and has outlined plans for a 50 percent renewable state generation target by 2030, moving to 100 percent by 2050. [v]

The NSW Opposition has also announced it will deliver a total of nine gigawatts of renewable energy by 2030 through a combination of reverse auctions and rooftop solar panels and one gigawatt of new renewable energy generation and storage through the activities of a new state-owned corporation.[vi] To put this proposal into perspective, Liddell’s current capacity is less than 1.7GW.

It has released a rooftop solar homes policy to support the installation of 500,000 panels to households over the next 10 years. This policy will provide a means-tested rebate capped at $2,200 to households with a combined income of $180,000 or less. The NSW Opposition Leader said the policy would create a virtual power plant for the state, generating up to an additional 2 GW of power once fully installed.[vii]

Continuing with the solar trend, the NSW Opposition has also announced a solar schools policy. This $100 million commitment aims at installing solar panels on more than 350 schools throughout NSW.[viii]

The NSW Greens have a policy of 100 percent renewables by 2030. On top of this they also plan to oppose any new emissions-intensive generation or emission-intensive large scale industrial processes in NSW.[ix]

What does this all mean for the energy sector?

With this fast and furious move to higher levels of renewable generation, there is a growing need for greater interconnection to ensure reliability and security of the state’s power supply.

With this, we also need to take into account federal policies such as Snowy 2.0, which will require new transmission infrastructure if it proceeds.

We’ve heard plenty of energy promises from the major parties in the lead up to the election. What we need to hear from the victor on 23 March is more about how the new government will help support the integration of this massive increase in renewables into the grid to ensure safe, reliable power supplies. It would also be helpful to understand how the new government will help manage customer expectations about connecting all these new subsidised solar and storage devices to the grid and their capacity to export electricity within the distribution networks. As we have written regularly in this newsletter, it’s not as simple as plug and play (Could the Solar Boom Bust the Grid? February 28, 2019).

Energy Networks Australia and its members in NSW have been engaging with both sides of politics and will continue to do so post-election, discussing the innovations and work of network businesses to help meet the challenges posed by an increasingly distributed energy environment.

This work includes the recently released Energy Networks Australia National Grid Connection Guidelines and the ongoing work with the Australian Energy Market Operator (AEMO) on the Open Energy Networks Project. Both these projects are aimed at addressing many of the challenges presented by the considerable increase in renewable generation. 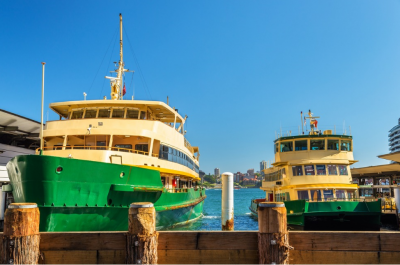 Beyond EVs: Batteries in the water