Post-federal election and with twelve “precious” months before the next state election campaign begins[1], South Australia’s Energy and Mining Minister, Dan van Holst Pellekaan, has given a remarkable speech, outlining a positive way forward for the sector and urging all involved to make the most of this “opportunity to reset and enjoy some clean air”.

See, energy policy has become Australia’s favourite political football. Problem is, that doesn’t help the sector focus on the big challenges as coal-fired generation retires and renewables become the lowest marginal cost electricity generation. The sector needs governments, the Minister said, along with the Australian Energy Market Operator (AEMO), the Energy Security Board (ESB) and other market bodies, to continue work together to make progress on important projects such as the Integrated System Plan (ISP). “We need to take every opportunity to build common purpose at the COAG Energy Council”, stressed the Minister. He said COAG needs to be a place where “matters are resolved, that they actually happen, as agreed”.

Part of the frustration of the sector is that the COAG Energy Council hasn’t met for six months, with elections in NSW, Victoria and federally in almost as many months disrupting progress. This forum, where governments are meant to work together in the pursuit of national energy reforms, is where the Minister argues members need to be “overwhelmingly” on the side of consumers, but also ensure suppliers have attractive and long-term opportunities. “Without suppliers, consumers have nothing,” he said. Suppliers need to be “incentivised, competing and evolving for the long run”.

The South Australian Government will also deliver a Hydrogen Action Plan and an Electric Vehicle Strategy to create new jobs and benefits in energy in South Australia[2].

This action plan is welcome recognition of the importance of hydrogen as a key enabler of energy storage which will allow SA to use clean power to decarbonise transport, the gas network (even if only by 10 per cent initially) and heavy industries.

Support for the ISP

The Minister said South Australia had already underwritten $14 million of early work by Electranet and TransGrid to expediate the delivery of the interconnector and was “eagerly” awaiting approval from the AER later this year. He pointed out additional benefits of the interconnector, including the SA and NSW Government’s aligned plans for renewable energy zones along its route. “We’re seeing the country’s largest solar farms and new wind farms being proposed along its route in anticipation.”

The Minister is a strong advocate for the ISP, highlighting the value of new transmission to “unlock resources and improve competition and resilience”. Importantly, he recognised transmission businesses needed sufficient confidence to “get on with it” and called on market bodies and COAG to work together on making the ISP actionable.

While confirming that South Australia was aiming at almost 100 per cent net renewable energy generation by 2030, the Minister stressed the focus was on delivering an orderly transition rather than “trying to lead the world with a high renewable energy target”. He outlined the government’s intent to deliver a grid powered by renewables, sharing energy through interconnectors, backed up by pumped hydro, batteries and other storage and with gas and diesel ‘fast-start’ capacity to ensure reliability.

“Interconnection and storage will allow South Australia to become a renewable energy exporter,” he said. His vision is for SA to become a national and global force in emissions reduction by the 2030s, generating more clean power than it consumes.

The Minister suggested governments revisit developing a long-term trajectory post-2030, as recommended by the Finkel Review, as a way to “provide the flags within which it’s safe for market participants to swim”.

He suggests the COAG Energy Council provide an honest and fair assessment of where all governments could reach with their combined policies and deliverables by 2030. He said this would allow two trajectories – a slow track and a fast track – to be drawn over time providing upper and lower markers within which companies can reliably expect to operate, manage risk and make decisions.

“By focusing on the enablers of an orderly transition and sharing their pathways, our market can adopt more renewables and deliver emissions reductions, while most importantly not losing sight of the very high priority consumers place on affordability and reliability,” he said.

Minister van Holst Pellekaan clearly knows his stuff. The positive, forward looking tone was devoid of the inflammatory, politically charged language that has characterised most public debate for too long now. It was a refreshing and welcome change.

‘[2] Strategy to get electric vehicles on our roads’, Chris Russell, Adelaide Advertiser, 19 June 2019. 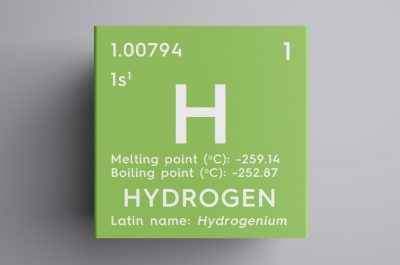 Cracked Rear View: What did the ACCC actually report on network prices?