Natural gas is essential to our economy and modern lifestyles. Gas delivers 44 per cent of Australia’s household energy to provide cooking, hot water and heating during the colder months. Gas is an essential part of our fuel mix as Australia makes the transformation to a clean energy future.

Renewable electricity is a critical part of this future and credible scenarios demonstrate that installed electricity capacity will need to be significantly augmented to ensure energy security. This creates opportunities for renewable gas options that can be used to balance and support electricity networks.

Renewable gas is a broad descriptor of a range of fuels that can be used to complement or replace natural gas, without the associated greenhouse gas emissions. It can provide clean energy and short and long term energy storage opportunities, while continuing to offer customers fuel choice.

Biogas is produced from a biological process, for example in landfill[1] or in an anaerobic digestor[2]. The gas produced contains mostly bio-methane, carbon dioxide and water vapour, so needs to be cleaned up before injecting into networks to be used as a complement to natural gas.

Technology is available to improve the quality of the biogas, but this is not happening in Australia as there are no incentives to do so. Countries such as France, Germany, Denmark and the UK have incentives in place that have resulted in bio-methane injection into their local gas grids. This bio-methane is fully compatible with natural gas in appliances, networks and gas turbines, so no modifications are required.

Hydrogen is the rarest of energy policy beasts – it has bipartisan support. Both major political parties are committed to developing a hydrogen industry. Work is underway under the guidance of Chief Scientist Alan Finkel on a National Hydrogen Strategy.

Hydrogen can be produced in many ways. The renewable, zero-emission pathway is via electrolysis.  This process uses renewable electricity to split water into its base components of hydrogen and oxygen. This renewable hydrogen is produced at very high purity (>99.99%) and can be used in many applications, for example fuel cells in vehicles.

Existing networks and appliances can still operate effectively with small amounts of hydrogen, but as the hydrogen content increases, appliance modifications will be required as hydrogen and natural gas behave differently when burnt. Modern gas distribution networks, however, should be able to transport large proportions of hydrogen safely.

Syngas describes a wide group of gases that are synthetically made from their components.

Renewable methane (the same material as bio-methane) can be produced by reacting renewable hydrogen with carbon dioxide from a natural source, such as a biogas facility. This process produces a gas that is fully compatible with existing appliances and networks, but without the associated greenhouse gas emissions. Research is underway to improve the process and efficiency for producing renewable methane.

Replacing natural gas with the gases described above may require some modifications, summarised below. Using hydrogen may require more appliance upgrades compared with renewable methane or biogas, but those gases require additional processing to be injected into the network. At the moment, there is merit in pursuing all renewable gas options and as with everything in the energy world, exploring a wide portfolio of options will allow the best options to emerge over the medium to long term. 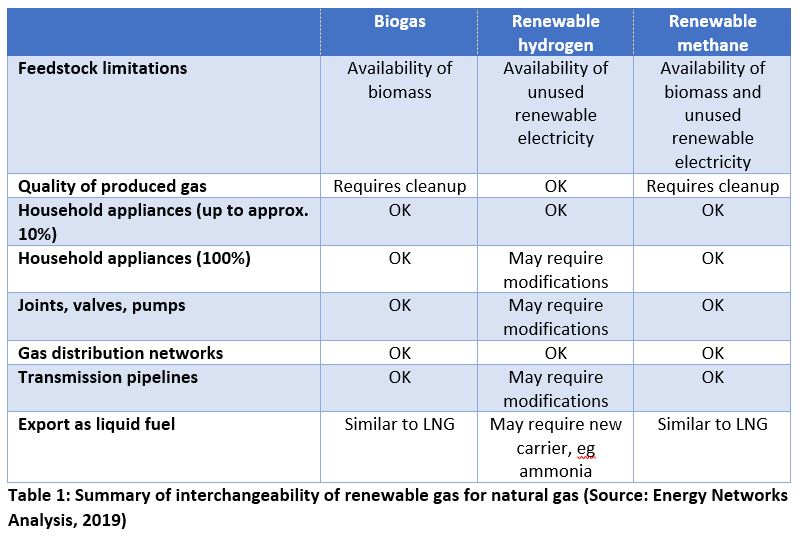 Technologies for producing renewable gases are commercially available. Ongoing support for RD&D, such as through the Future Fuels Cooperative Research Centre[6], will deliver process efficiencies and lower costs. As demonstrated with other renewable energy technologies, major cost reductions will occur as more capacity is installed. For example, the International Renewable Energy Agency (IRENA) chart below shows a 22 per cent price reduction for each doubling of cumulative production of solar PV modules. Similar scale cost reductions can be expected for renewable -gases as more capacity is installed. 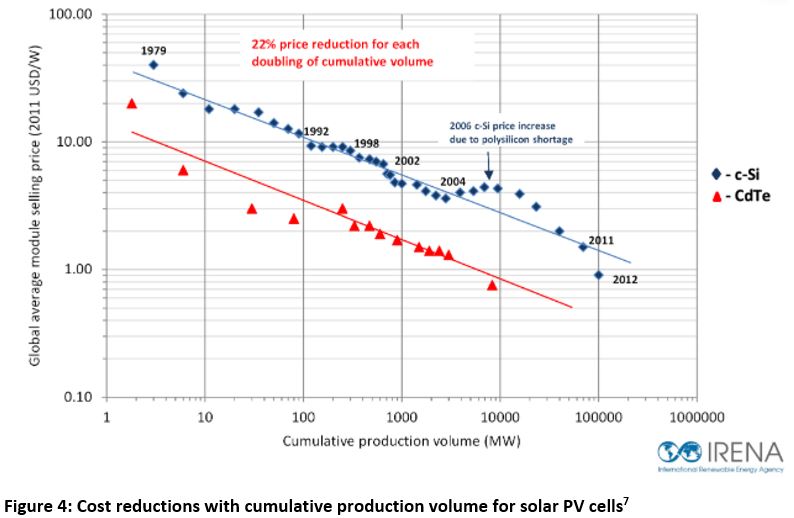 A range of policy incentives are required to support the injection of renewable gases into networks. These incentives could use a similar framework as those applied for renewable electricity, where a market is created (for example through targets) and supported by a financial incentive to minimise impacts on customer bills, while the technology matures commercially.

Renewable gas provides real opportunities to decarbonise half the energy used in Australian homes while in parallel, the electricity sector decarbonises with renewable electricity. This parallel approach to provide clean energy will maximise Australia’s chances of achieving its internationally agreed emissions targets.

If you want to learn more about renewable gas technologies, policies and commercial opportunities, Energy Networks Australia and Bioenergy Australia are hosting the Renewable Gas Symposium in Sydney on 6 June. You can register here: https://energynetworks.eventsair.com/gassymposium2019/reg 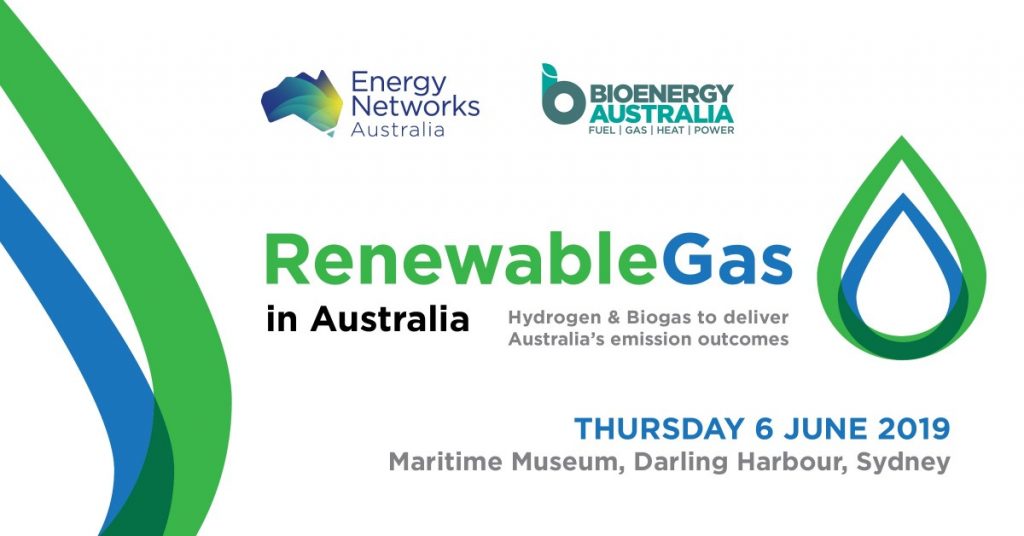 [3] Clean Energy Council Report 2019 shows that 7.09% of renewable energy is from bioenergy, which includes bio-gas and bagasse. 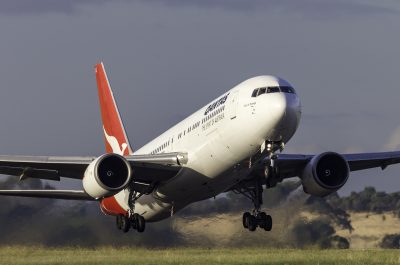 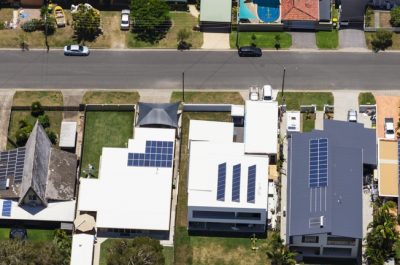